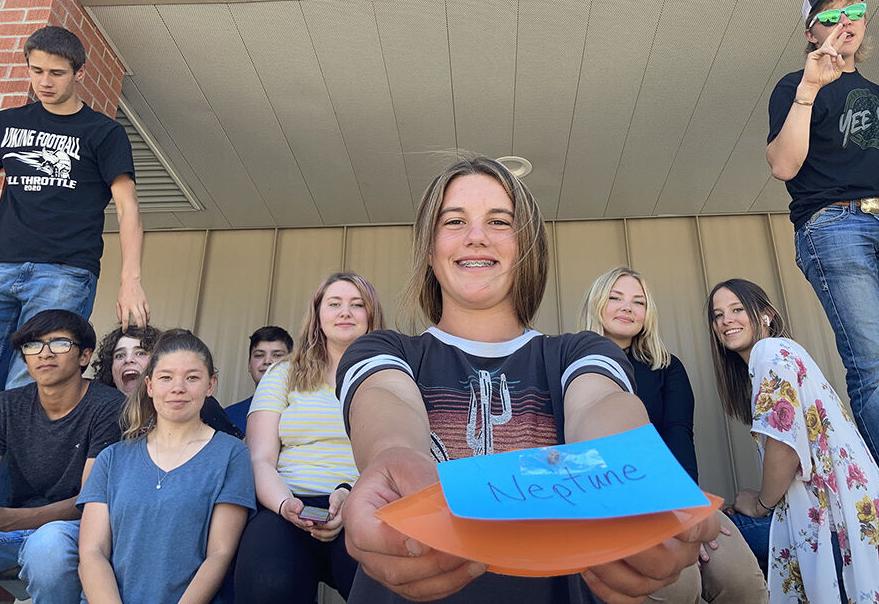 Ava Collins and her science class place the last of the 8 planets, Neptune, at Vale Elementary School to finish their scale model of the solar system. 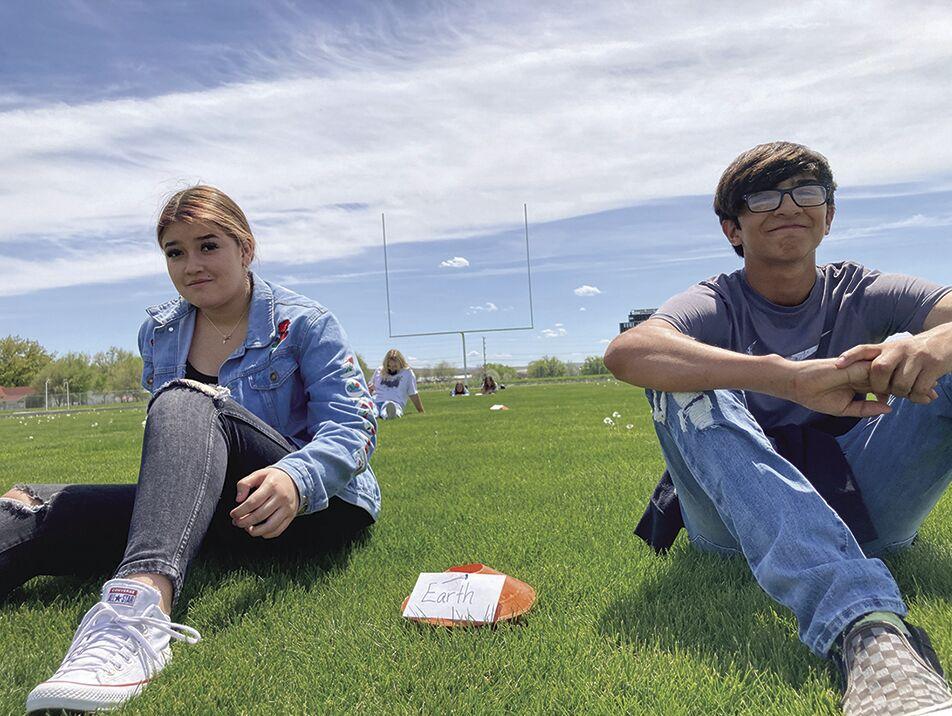 Joanna Ruiz, left, and Leland Tamez place Earth, represented by the head of a pin, 34 yards away from the sun 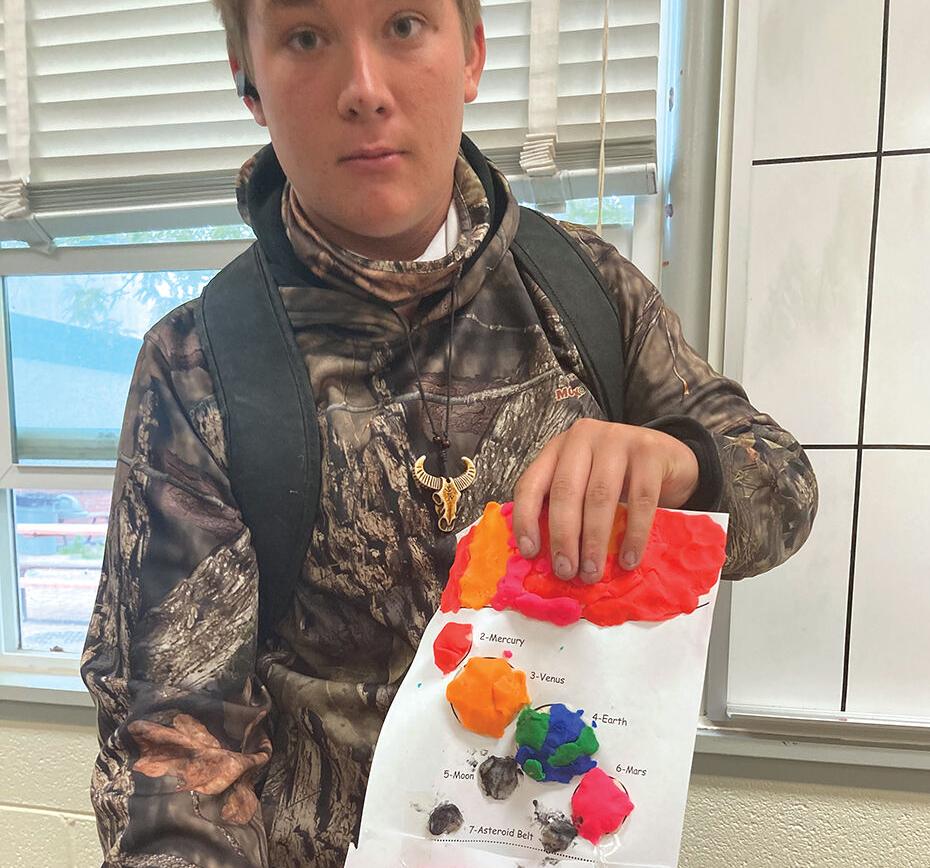 Trinity Kirvanec shows off his Play-Doh creation of the planets.

Ava Collins and her science class place the last of the 8 planets, Neptune, at Vale Elementary School to finish their scale model of the solar system.

Joanna Ruiz, left, and Leland Tamez place Earth, represented by the head of a pin, 34 yards away from the sun

Trinity Kirvanec shows off his Play-Doh creation of the planets.

VALE — The study of space is usually done by astronomers with their telescopes, but the real fun begins when it comes to physical exploration. Freshmen at Vale High School finished their studies this year with a unit on the universe. The class took the physical exploration to a higher level with a few scale models of our solar system.

“Reading in a book about how big space is just can’t get the point across,” said freshman Julionna Wilson-Gilman. “But then we started with the sun the size of a soccer ball on the goal line of the football field.”

Next students were asked to pick out the planets from a handful of objects: Nerf ball bullets, seeds, pins, pepper, ping pong balls, rocks, popcorn kernels.

“It was fun to see all of us guessing what Jupiter should be, since it’s the biggest planet.”

It turned out they all guessed too big. Once they were directed to base the planets off of Mercury being the size of a grain of pepper, they could correctly pick items to represent the rest of the planets.

Students placed the first four inner planets (Mercury, Venus, Earth and Mars) in their correct position on the football field, all within the first 40 yards. The entertainment began again when they kept trying to place Jupiter, but had walked the rest of the football field and still hadn’t gone far enough.

“I thought Jupiter was on the opposite end of the field, but I didn’t even guess it might be farther than that,” Sam Hester said. “We had to go outside the football stadium for Jupiter, and even further for Saturn.”

Students placed the two largest planets (represented by the Nerf ball bullets), and then had to walk all the way to the elementary school for the final planet.

“We just kept walking and walking,” said Haylie Jenkins. “Are we there yet?” is a question parents are used to hearing from their children in long car rides. “Just be glad you aren’t driving to Neptune,” Jenkins exclaimed. “It’s 777 yards away from our soccer ball sun!” That converts to almost 3 billion miles in actual space.

Comprehending the enormity of space, how stars and galaxies are formed, and the tiny fraction of space taken up by our solar system really gave the freshmen some perspective.

“If earth was blown up tomorrow by some huge alien explosion, the Milky Way wouldn’t even look different,” said Ava Collins. “There is so much more out there than just our world.”

“I think that someday we will find life out there in our universe. Not just blob that can move, but intelligent life,” said Yvette Torres. After surveying the students in the high school and the middle school they compared the results to a national poll.

“Over 60% of students think there is a good chance of finding life out there,” said Torres. “A few kids don’t think there’s anything else but us, and they might be right. That’s what makes this so interesting.”

“When I first heard about dark matter and dark energy, I thought my teacher was kidding,” Trinity Kirvanec said. “But it’s real! I mean, dark matter is real, we can see proof of that one. But dark energy is just a theory to say why the universe is expanding.”

These students are expanding their minds with hands-on exploration of big ideas.

“My favorite was creating the planets in Play-Doh,” said Ali Hagon. “Did you know Saturn isn’t the only planet with rings? It just has the most so we can see them the easiest.”

Students just finished the final quarter of school and will get a break from book work until August when the Vikings hope to return to a more typical school day for the students.

Engineering Tech III The City of Baker City is accepting

RELIABLE—Help w/all aspects of lawn and garden. Need own equip.