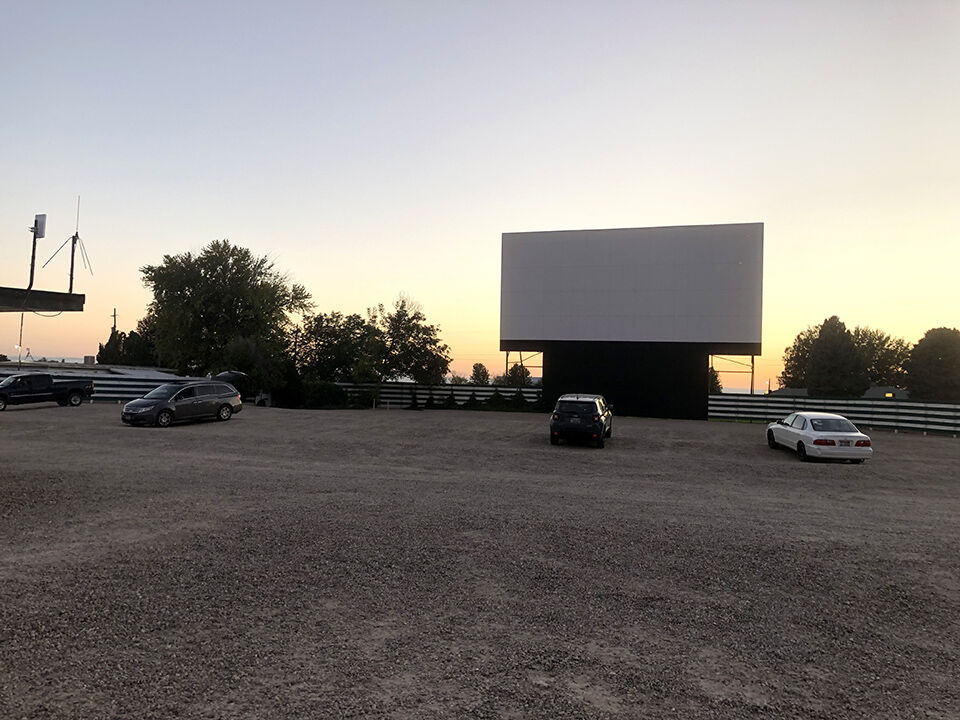 Early arrivals seeking to see some sci-fi action at Parma Motor-Vu find their spots during sunset. This special Wednesday night screening was only for the week of Sept. 2, all subsequent showings will be on Friday thru Sunday according to theater owner Susan Haaheim. 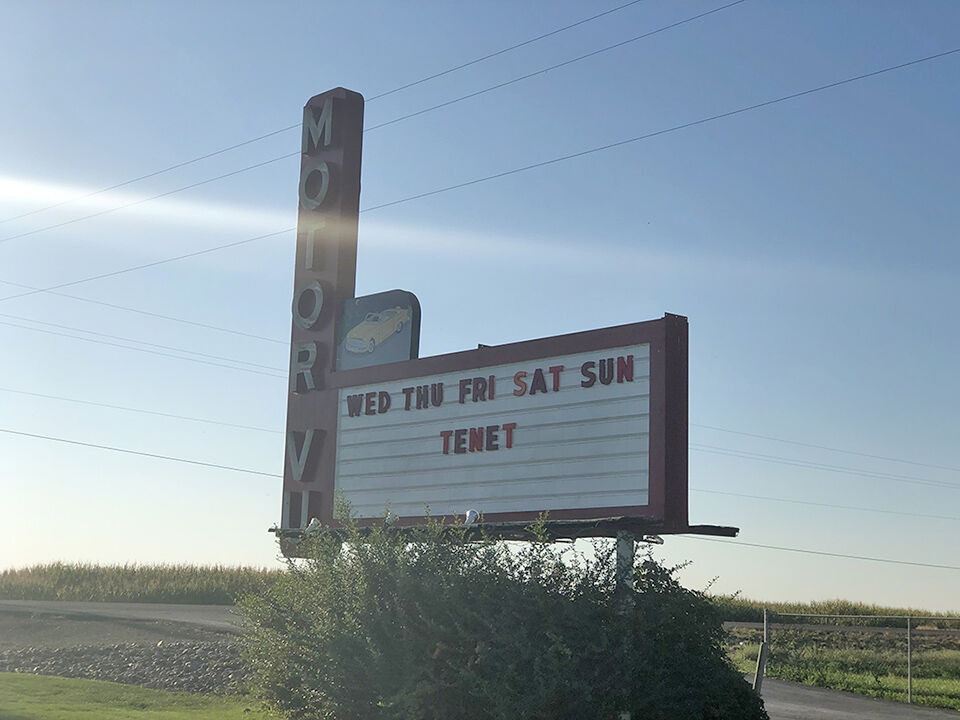 The marquee for Parma Motor-Vu announces "Tenet" opened, the first big budget studio film to be released to theaters since the onset of the COVID-19 pandemic.

Early arrivals seeking to see some sci-fi action at Parma Motor-Vu find their spots during sunset. This special Wednesday night screening was only for the week of Sept. 2, all subsequent showings will be on Friday thru Sunday according to theater owner Susan Haaheim.

The marquee for Parma Motor-Vu announces "Tenet" opened, the first big budget studio film to be released to theaters since the onset of the COVID-19 pandemic.

Cars parked aimed at an outdoor screen, the sound of composer Ludwig Göransson’s warping film score wafting through open car windows against the backdrop of a night sky can only mean one thing: a sneak preview of “Tenet” happened on Wednesday night at the Parma Motor-Vu drive in theater.

Director Christopher Nolan’s time-inversion science fiction epic is finally hitting theaters. Due to the ongoing landscape of the COVID-19 pandemic, the film’s release had been delayed by distributor Warner Bros. from its original release date of July 17 to Aug. 12 before finally settling on Sept. 3. The film already debuted internationally on Aug. 26 and, according to film gross tracking website, Box Office Mojo, has garnered over $53 million so far from foreign markets.

The Argus was at Parma Motor-Vu to attend the premiere and in so doing learned from owner and operator, Susan Haaheim about how film-goers need to be aware of the features of their vehicles and how those features can impact the viewing experience for other viewers.

This reporter arrived in a newer vehicle and did not know that the fog lights do not automatically go off if the car’s radio is in use.

Thanks to Haaheim for providing two pieces of cardboard to tape over the lights during the feature so the bottom of the screen was not washed out by the vehicle’s beams. This task had to be completed during the “Wonder Woman 1984” preview.

“Today’s cars aren’t made for the drive-in,” said Haaheim.

For anyone wanting to catch a movie at a drive-in theater with a newer car that enables park lights when you turn on the radio, it’s important to review the owner’s manual to know how to douse the vehicle’s lights or simply bring some kind of covering to prevent the excess light from hitting the screen.

The premiere did attract some film patrons, but Haaheim said that because the Motor-Vu has only been open on weekends for the summer, most people weren’t not aware of the special engagement for “Tenet.”

Box Office Mojo estimates that the budget for “Tenet” is between $200 million to $250 million dollars.

As for the movie itself, this reporter suggests to not start overthinking it until the end credits start rolling.

Recruiting Coordinator Responsible for the coordination of and participation in