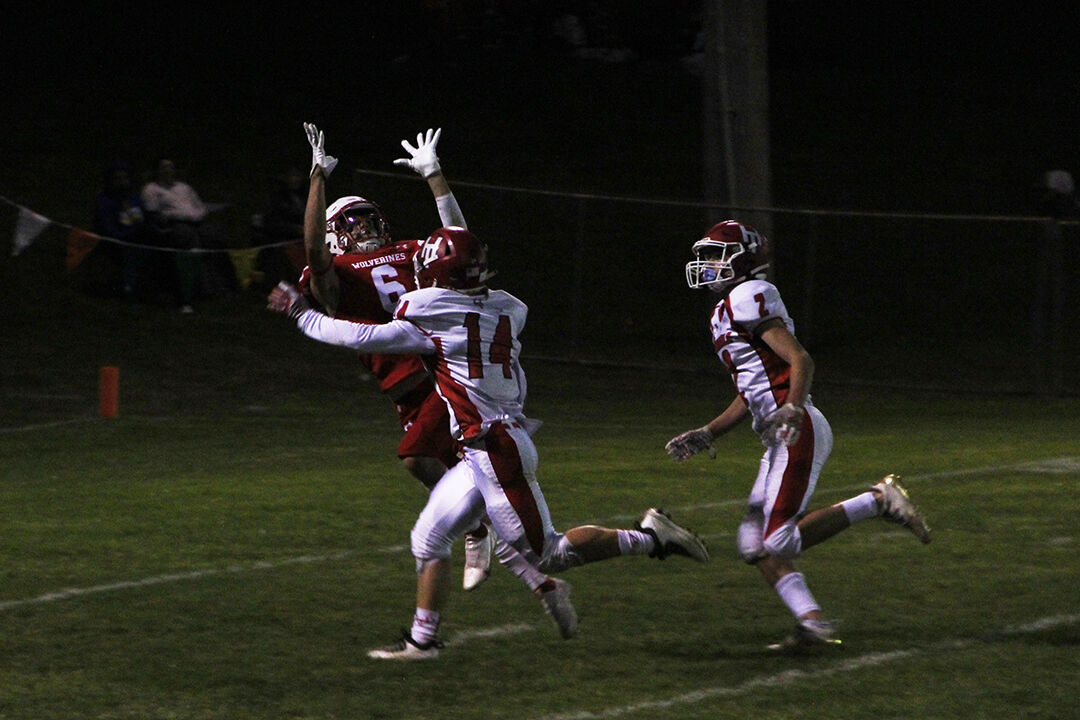 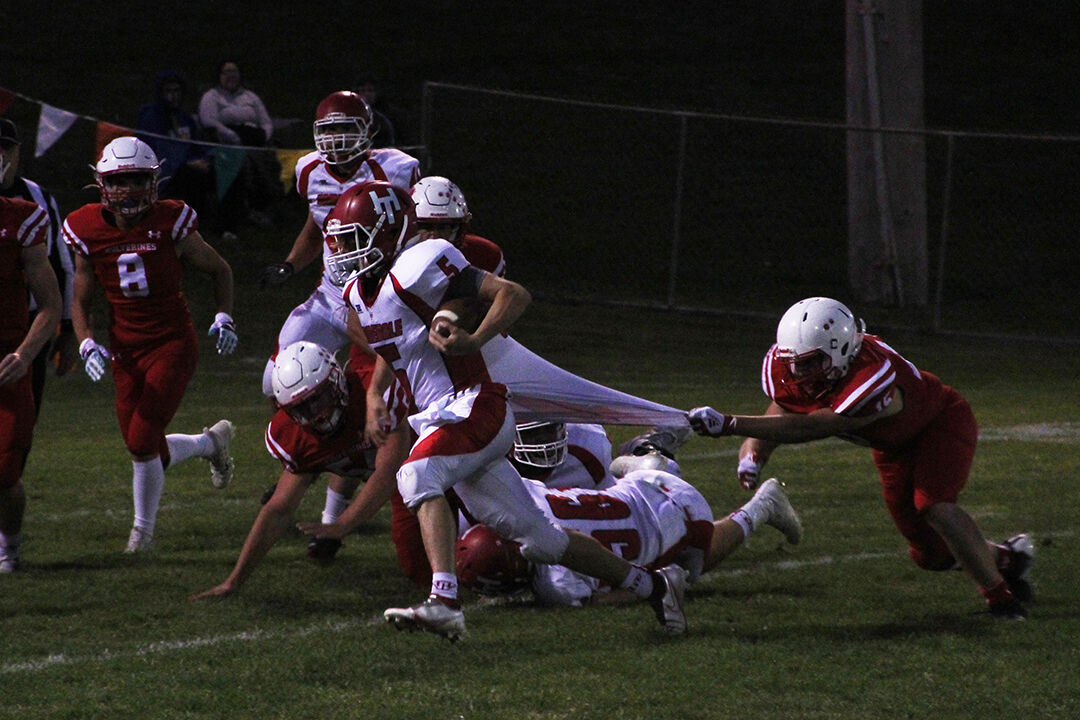 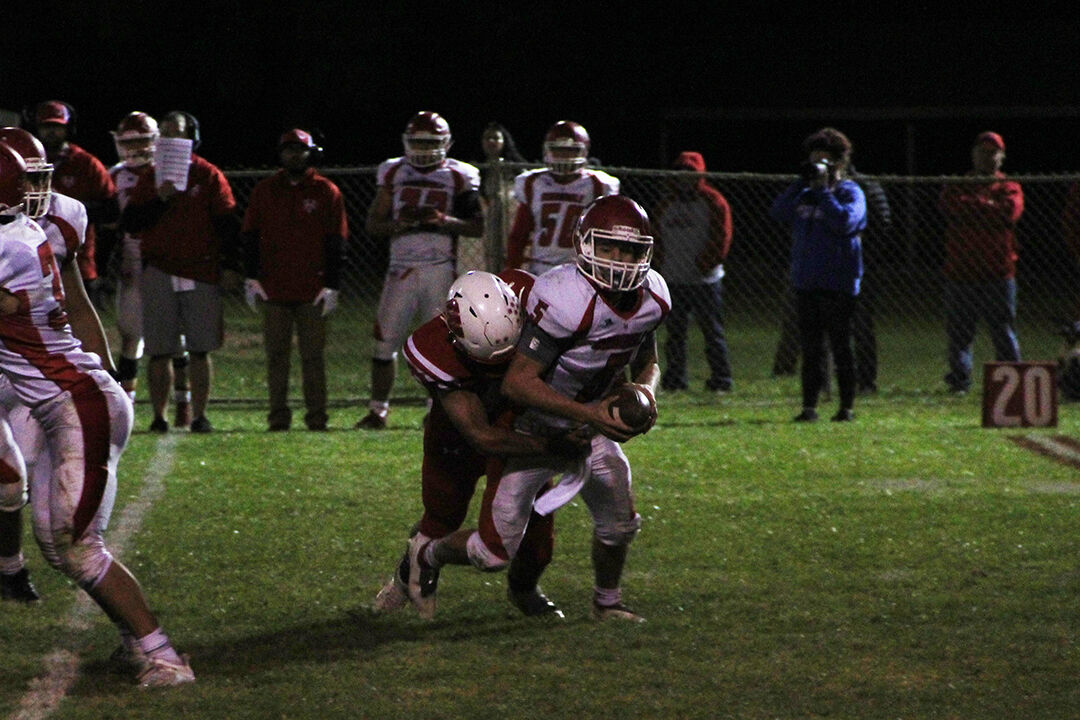 With a perfectly called trick play, the Homedale football team held onto its pole position in the Snake River Valley conference, coming back late to beat Weiser 31-28 on Friday night.

The Wolverines once led the game 28-19 with eight minutes left, but the Trojans were able to find the end zone twice for the win. Facing fourth and goal at the Weiser 10, the Trojans took the lead with just 18 seconds remaining, calling a double reverse pass by Eli Heck, which was caught by Josh Brown for the score.

On the ensuing drive, the Wolverines were able to make it to the Homedale 34, but were unable to finish the drive.

“It’s tough to lose one like that on the last dang drive, we had fourth down and just need to hold them,” Weiser coach Tom Harrison said. “But the kids played super well and I’m proud of them.”

Spencer’s favorite target on Friday was Kooper von Brethorst, who had his best game since returning from a leg injury that happened in the late summer. The senior receiver had two catches for 34 yards and two touchdowns.

“Kooper’s a gamer,” Harrison said. “He’s going to make those big plays for us.”

The Weiser running back duo of Willy Shirts and Jack Burke had a grinding outing, with Shirts running the ball 18 times for 65 yards and Burke gaining 52 yards on 12 carries.

While the Weiser offense was able to find a lot of success on Friday, the Wolverines couldn’t get much going in the most important drive of the game. Up by three points with just five minutes left, Weiser went three-and-out after Spencer was sacked on third and two.

It was the first time in the second half where the Wolverines didn’t score on a drive.

“We had to get some first downs there,” Harrison said. “We just didn’t get it done down the stretch. We did some good things that we can be proud of in this game.”

The Wolverines struggled to stop the run against the Trojans, allowing 150 yards on 34 carries (4.4 yards per carry). That opened up the passing game for Homedale, with the Trojans scoring via the pass three times.

“We’ve got to get tougher on defense,” Harrison said. “We have to stop the run better than that.”

The loss means the Wolverines will stay in the third-place spot in the SRV, which will give them a shot at the state tournament. Weiser’s two losses in the district came at the hands of Fruitland and Homedale by a combined six points.

“There’s a lot of pretty good football being played,” Harrison said. The Wolverines are playing at Parma in the regular season finale on Friday. That night, Homedale is hosting Fruitland in the de facto SRV Championship game.