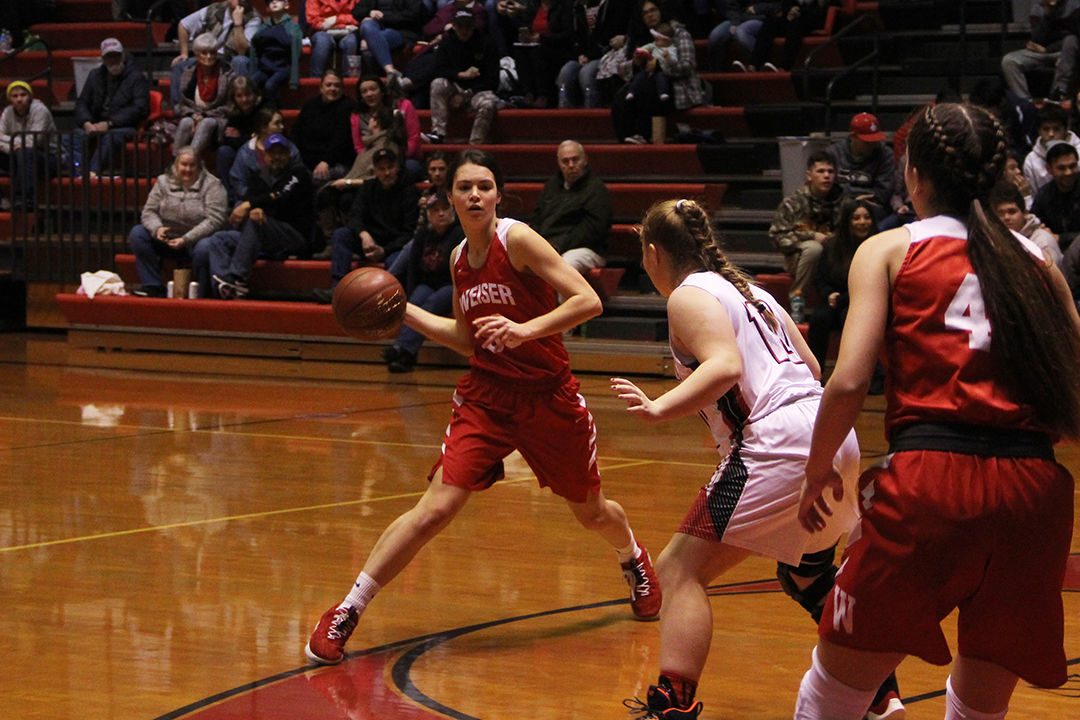 Weiser's Maddy Erickson, left, holds the ball before passing it to a teammate during the Wolverines' win over Payette on Friday night. 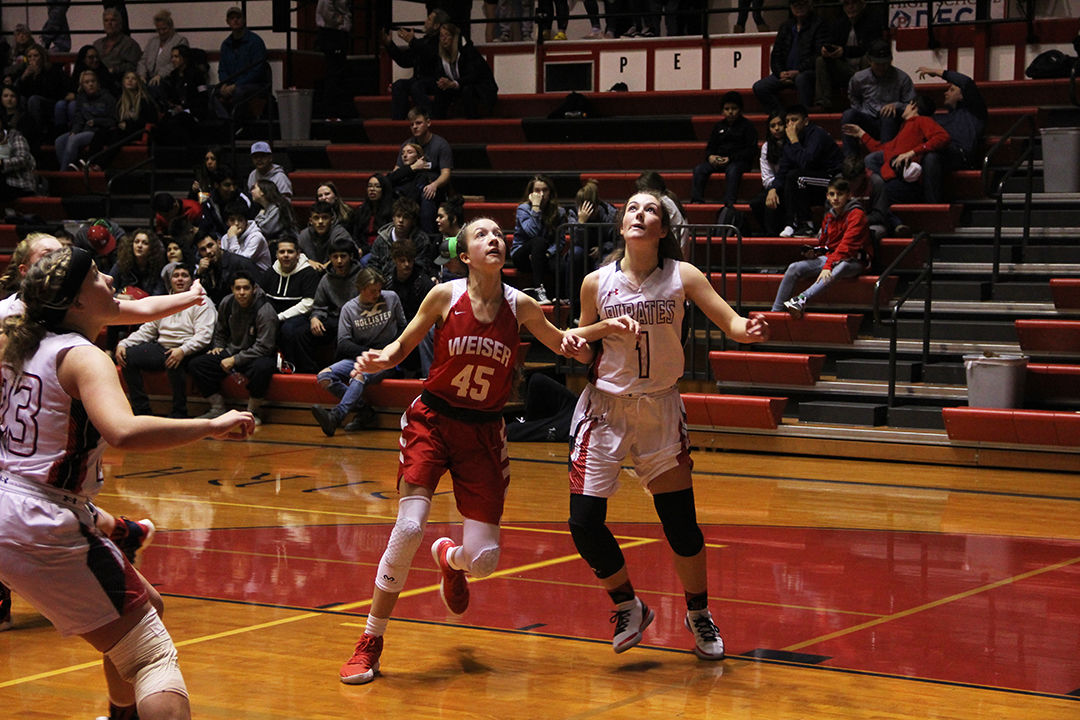 Weiser's Maddy Erickson, left, holds the ball before passing it to a teammate during the Wolverines' win over Payette on Friday night.

PAYETTE — In a game that, at times, more closely resembled a UFC fight than a basketball game, the Weiser girls basketball team picked up a much-needed Snake River Valley conference win over Payette on Friday, topping the Pirates 44-29.

With the win, the Wolverines (6-8, 2-2 SRV) move to third in the SRV following their loss to Fruitland last week.

The first half of Friday’s game was a physical stalemate between the two SRV rivals. The Wolverines were able to get some offense going, but early fouls hindered the Weiser attack. Payette was in the bonus with one minute and 23 seconds left in the first quarter and reached double bonus in the second quarter.

“We were just settling down a little bit,” Harrison said. “We ended with twenty-six total turnovers, so that’s huge on our part. They needed to have more confidence with the ball. Then we started to hit some shots. That’s key.”

Maddy Erickson led the Wolverines in scoring, putting up 13 points, despite struggling in the first half (making just one of eight shots). The junior guard came alive in the third quarter, scoring six in a row for the Wolverines.

“Her strength really is in rebounding,” Harrison said. “She really has a knack for finding the ball and that helps us out a lot on the boards.”

With the SRV race being so tight between Fruitland, Weiser and Payette, Harrison said the Wolverines are not wasting their time focusing on the competition as much as they want to stay focused on themselves.

“Each game, you have to take it one one at a time,” Harrison said. “If you don’t show up for one game, you can get beaten by anybody.”

The Wolverines will play at Vale on Tuesday.

Payette was led by Kendyl Parsons, who scored 10 points.

The Pirates (7-8, 1-2 SRV) will host Nyssa on Thursday in their final non-league game of the season.