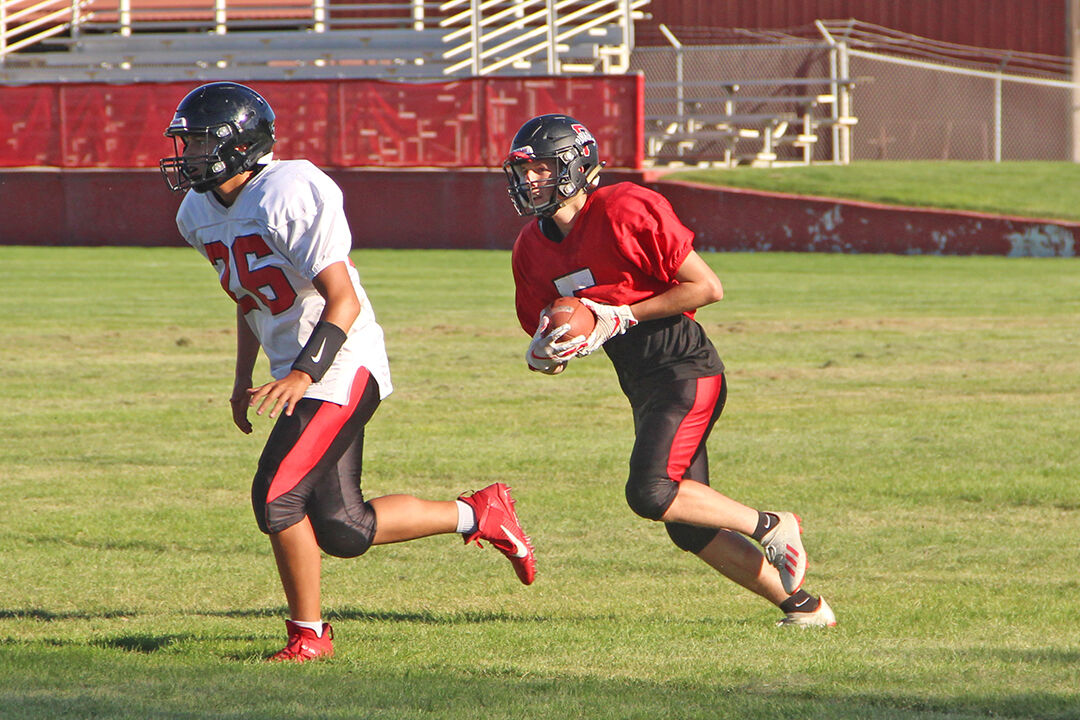 Payette's Ty Waynetska carries the ball during a play at practice on Tuesday afternoon. 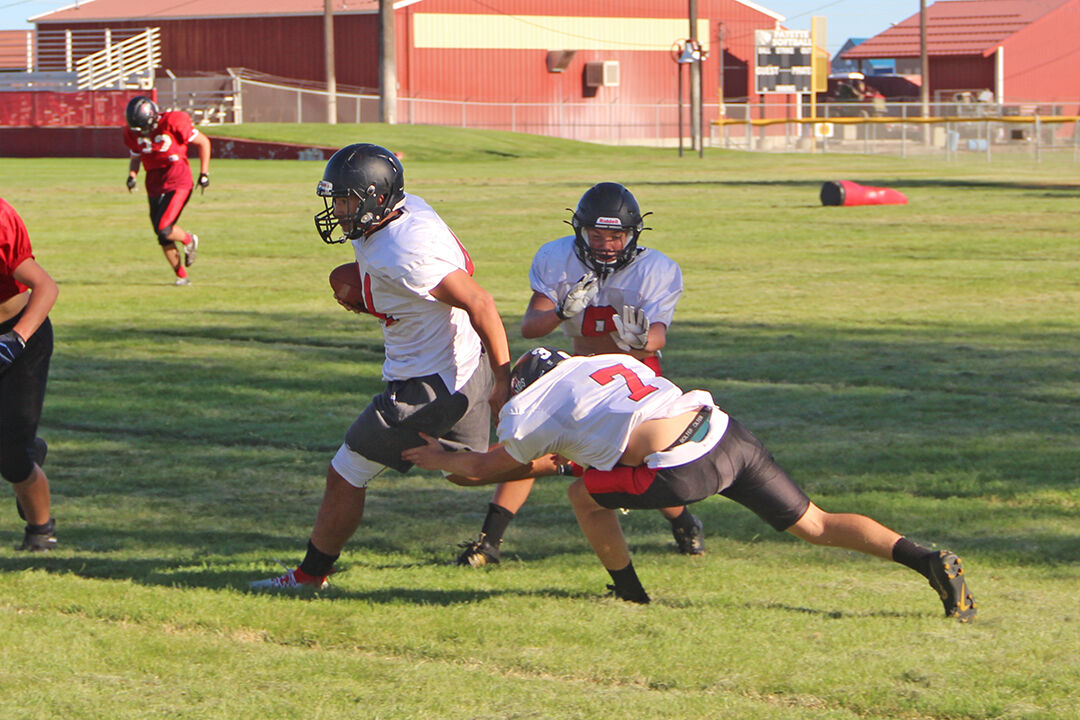 Members of the Payette football team run through a play during practice on Tuesday afternoon. 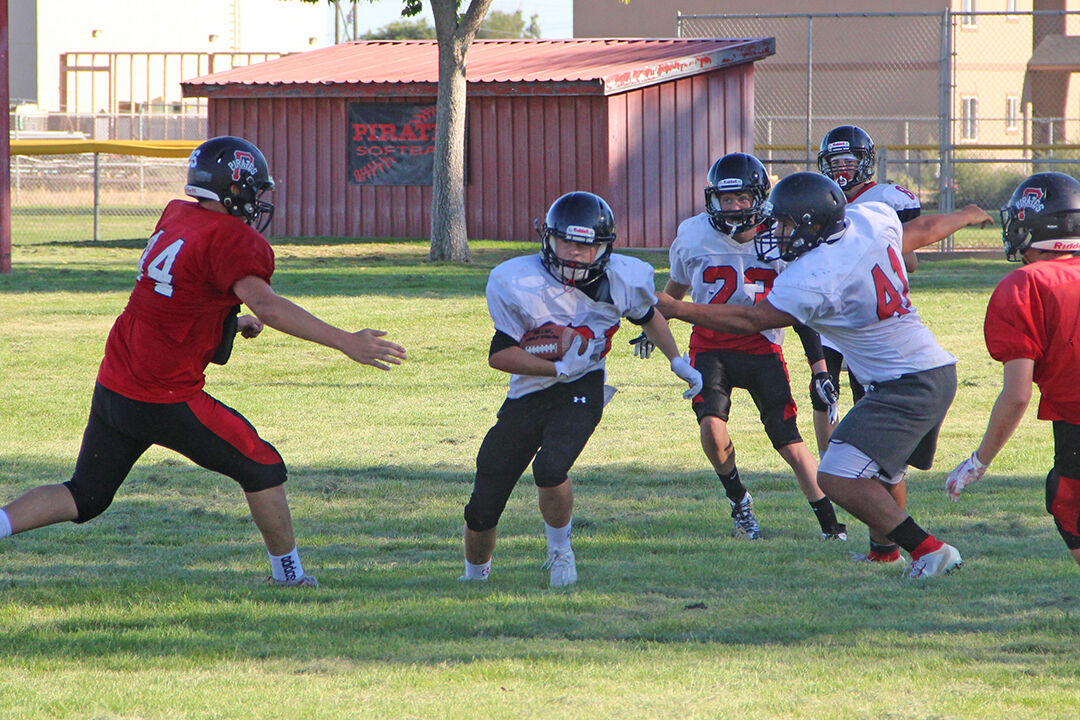 Members of the Payette football team run through kickoff drills during practice on Tuesday afternoon.

Payette's Ty Waynetska carries the ball during a play at practice on Tuesday afternoon.

Members of the Payette football team run through a play during practice on Tuesday afternoon.

Members of the Payette football team run through kickoff drills during practice on Tuesday afternoon.

Looking over the players at Payette High School, Kip Crofts, entering his fifth season as the Pirates’ coach, sees a good amount of potential from one of the biggest teams he’s had since taking over the program.

According to Crofts, the Pirates have 30 players this year, which is 12 more than last season, and enough to field a separate junior varsity and varsity team.

And of the 30 players that the Pirates have out this fall, Crofts is expecting 29 to be back next year, as there is only one senior on the roster, something that makes him hopeful for the future.

Joe Carl, a junior linemen, said the Pirates are very happy with the way the team is moving.

“I’m damn excited,” Carl said. “I haven’t been this excited since I first started playing football. When we leave, I’ll be excited to get to pick up a newspaper and see that Payette football went and beat some people. And that started here.”

After a strong freshman campaign, running back Gabe Ramos will be leading the Pirate offense this year. Ramos split time in the backfield with Deano Rodriguez and Crofts said the two complemented each other well.

“He already stepped up last year,” Crofts said. “He’s going to be there.”

Unfortunately, the Pirates have already lost one of their top players before the season started. Senior Kodee Bennett, who played quarterback last season, underwent a season-ending surgery that will likely take him out of basketball as well.

In his place, Abe Rodriguez will be taking over at quarterback. According to Crofts, Rodriguez played a little last year to get Bennett some rest, and he’s expecting Rodriguez to have a good season behind center.

“He throws a nice ball, and the kids love him and respect him a lot,” Crofts said. “He’s just one of those guys, where you just feel totally comfortable saying, ‘Take it, it’s yours.’”

Ty Waynetska will be another player to watch this fall, and Crofts said he’s expecting to play both running back and receiver.

Crofts said the biggest wildcard for the Pirates this season will be the linemen. Crofts said, so far, this is the best group of linemen the Pirates have had.

Carl agreed, saying that the Pirates shouldn’t be getting run over in the trenches.

“I do believe that our line can match with others,” Carl said. “We’ve got the plays down pretty well. We need to just be physical overall.”

The Pirates open the 2020 season at New Plymouth on Friday. This is followed by a three-week homestead against Marsing, Wendell and Parma.