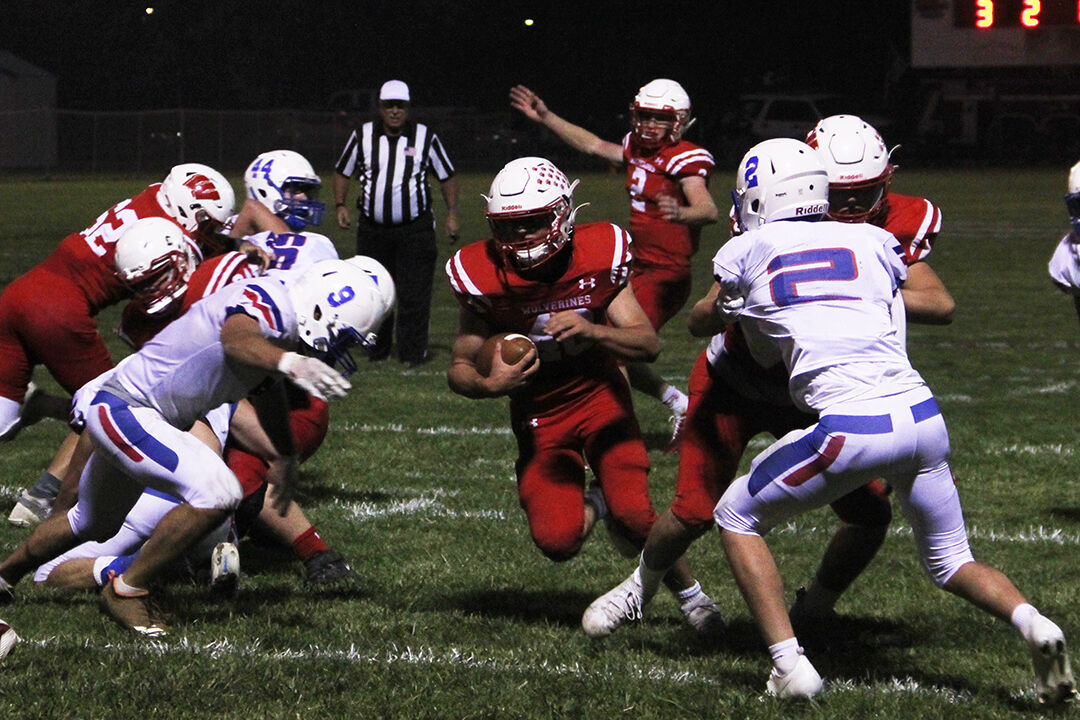 Weiser’s Willy Shirts, middle, carries the ball on a short touchdown run during the Wolverines’ 28-7 win over McCall on Friday night. 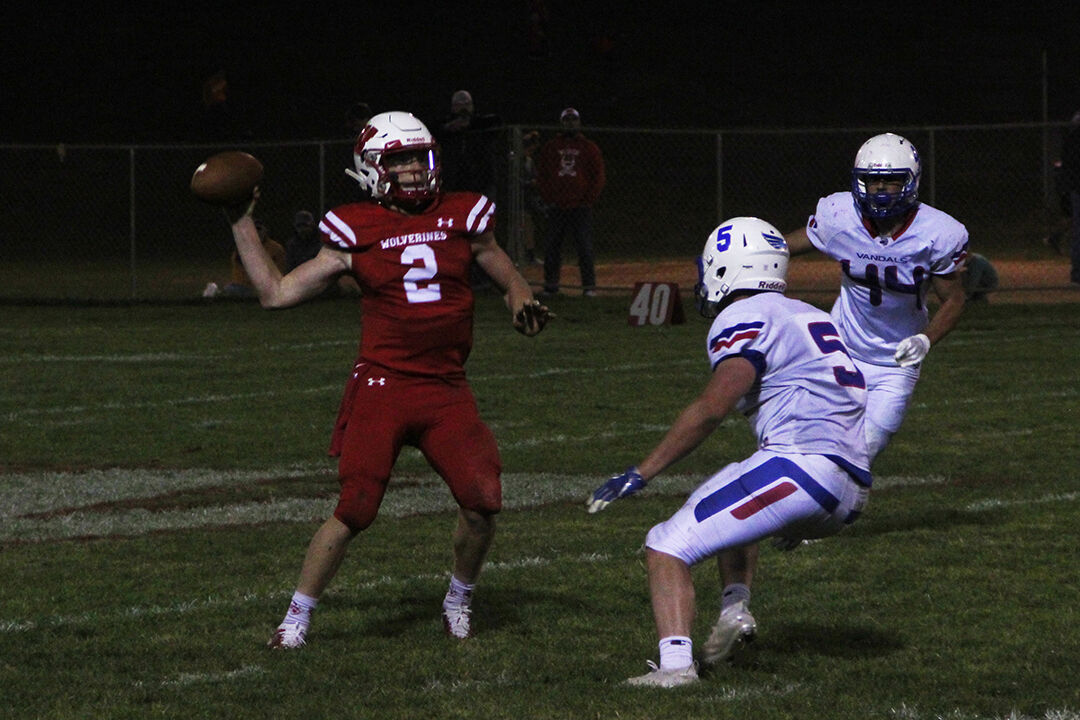 Weiser quarterback Brett Spencer (2) throws the ball while being pressured by McCall defenders. 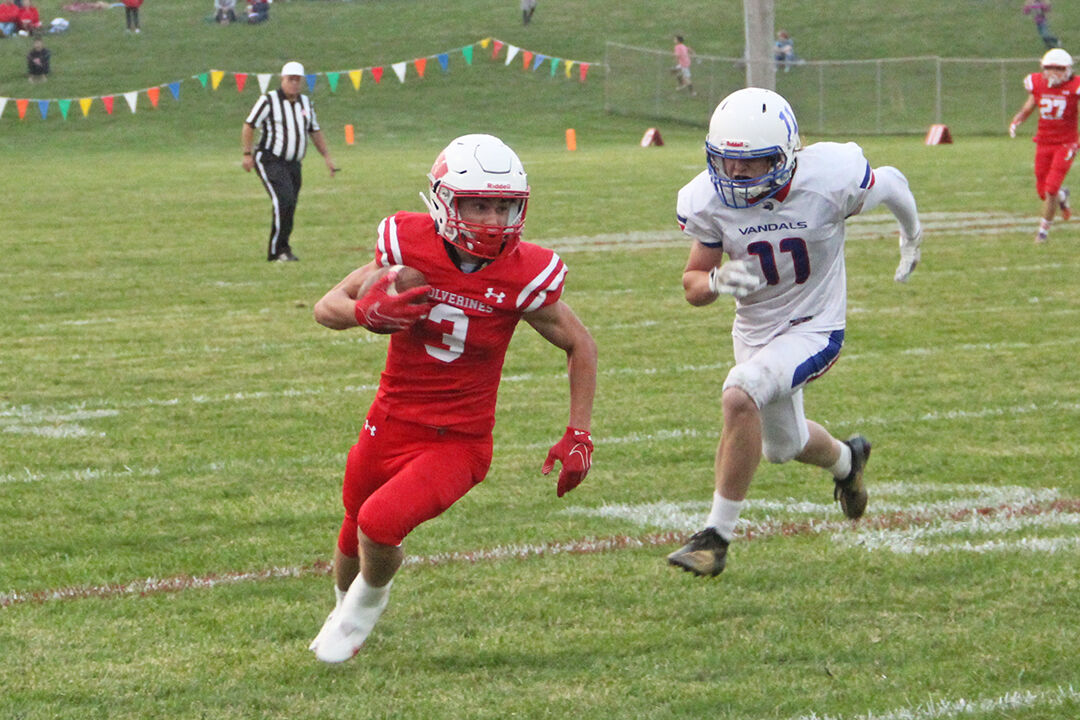 Weiser's Jack Burke (3) carries the ball after a reception from Brett Spencer early in Friday's game.

Weiser’s Willy Shirts, middle, carries the ball on a short touchdown run during the Wolverines’ 28-7 win over McCall on Friday night.

Weiser quarterback Brett Spencer (2) throws the ball while being pressured by McCall defenders.

Weiser's Jack Burke (3) carries the ball after a reception from Brett Spencer early in Friday's game.

With less than a minute left to go before halftime, Weiser and McCall were gridlocked at 7-7 in a game that looked like it was destined for a grinding finish.

With quarterback Brett Spencer sitting in the pocket, receiver Kooper von Brethorst ran an out route and shed his defender. Spencer connected on the easy touchdown throw, taking the halftime lead and the momentum for the remainder of the game as the Wolverines made a statement, beating the Vandals 28-7.

“I really did think that scoring just before the half, we made a statement there,” Spencer said.

After struggling to sustain long drives in the first half, the Wolverines didn’t bring out the punting unit for the entire second half, and finished three McCall drives with interceptions.

“When you go into the half at 7-7, who knows what the momentum looks like,” Harrison said. “Int he second half, we came out a little harder than we’d been. The boys just keep grinding.”

The win was crucial for the Wolverines in keeping pace in the Snake River Valley district following the loss to Fruitland on Sept. 25. And Harrison said Friday’s game against last year’s 2A state runner-up was one they had been really focusing on.

“This is one we’ve been worried about,” Harrison said. “We feel like we have a playoff caliber team and this was a big move for us.”

Spencer completed four of his 10 passes for 79 yards, one touchdown and two interceptions. He also carried the ball 11 times for 49 yards.

“Any time you have a turnover, that’s not a good thing,” Spencer said. “But it fires up the defense. I know when I throw a pick I get fired up and I want it back.”

The schedule isn’t getting any easier for the Wolverines, who are hosting reigning 3A state runner-up Homedale next Friday.

“We’ve got to get ready for Homedale,” Harrison said. “It should be a physical and hard-fought contest. I’m happy to be playing them here.”

And following Friday’s win over McCall, Spencer said he thinks the Wolverines have some good momentum going into the game against the Trojans.

“We’ve always believed that we’ve had a shot,” Spencer said. “Ever since we lost to Fruitland, we decided that we don’t like that feeling anymore. We’re going to put up a fight next week.”