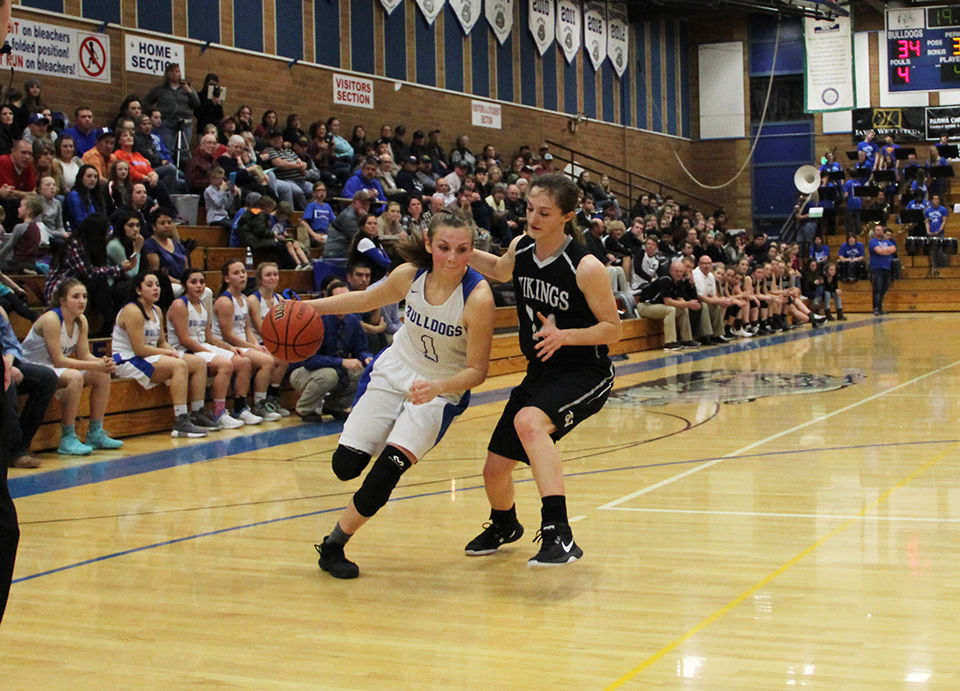 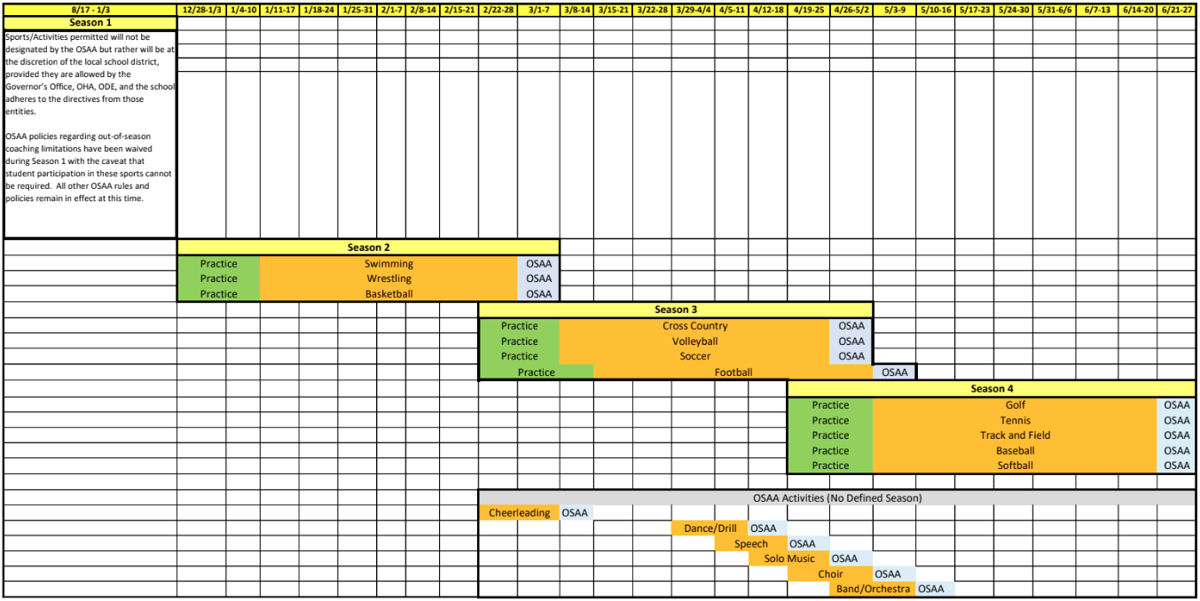 This image from the OSAA shows how sports will be broken up in the 2020-2021 school year.

WOODBURN — Athletics in Oregon will not be taking place until the beginning of the 2021 calendar year, according to a news release that was sent out by the Oregon School Activities Association on Wednesday afternoon.

In the release, the OSAA announced that there will be a shift in the entire athletic calendar, and a shuffle of the seasons.

The first day of official practice for the 2020-2021 school year has been moved to Dec. 28, and the year will start with the winter sports (basketball, wrestling and swimming). This season will run until the beginning of March and will overlap the beginning of the season for “fall” sports (football, soccer, volleyball and cross country), which are now being moved to the spring.

The traditional spring sports (baseball, softball, golf, tennis and track & field) will start in mid-April and will run through June. All of the seasons have also been shortened to seven weeks long so they could fit in the calendar. According to Ontario High School Athletic Director Josh Mink, this means the season has been cut in half from its originally scheduled 15 weeks.

But with the new guidance, Mink said he’s happy to see a real plan that he can work with.

“I’m glad there’s some solid guidance here,” Mink said. “It helps us plan as ADs and leagues. We can start to work on what this looks like and we can make it the best for the kids.”

This shift in the schedule is a big change after the OSAA announced earlier in the spring that it did not want to change the seasons around.

“Today’s decisions by the Executive Board provide a framework to maximize the potential opportunity for students in Oregon to participate in three seasons during the 2020-21 school year,” said Peter Weber, OSAA Executive Director. “The Board recognized that a one size fits all approach isn’t what’s best for students across the state.  By waiving policy to allow regional participation this Fall, local school districts will have the discretion for participation in those areas that are able to do so safely per state directives.”

Of course, this means schools throughout Oregon will have to completely reschedule their seasons.

According to Mink, schools will likely have to fill their schedules with as many local and league opponents as they can.

Luckily for the Ontario football team, the 2020-2021 season is the first year of the hybrid 3A/4A Greater Oregon League, which includes Ontario, Baker, La Grande, McLoughlin, Vale, Nyssa and Burns.

For the winter sports and the beginning of the Oregon spring season, Mink said he could still get Idaho games on the schedule, but that will not be the case for the fall season.

With a change in the seasons, Mink said he had some concern about referees. As many referees in the area referee multiple sports, Mink said there’s a chance that the pool of officials for volleyball and football could be significantly smaller than in normal years.

Mink said he’s been in contact with the referees association this summer to make sure they know what is happening in Oregon (many referees in Malheur County competitions come from the Boise area).

Mink said there has been no state or county guidance sent to him regarding scheduling out of state opponents. The Ontario cross country team did get taken out of a cross country meet in Mountain Home, Idaho that did not want out of state participants.

Because there will be no sports through the end of the calendar year, the OSAA is allowing schools to have optional practices at the discretion of the local school district. The district must be following state and county guidelines for practices. there are to out-of-season coaching limitations, as long as student participation is not required.

Mink said he believes that the new guidance also allows certain non-mandatory competitions (not unlike summer-league teams) to take place in the fall.