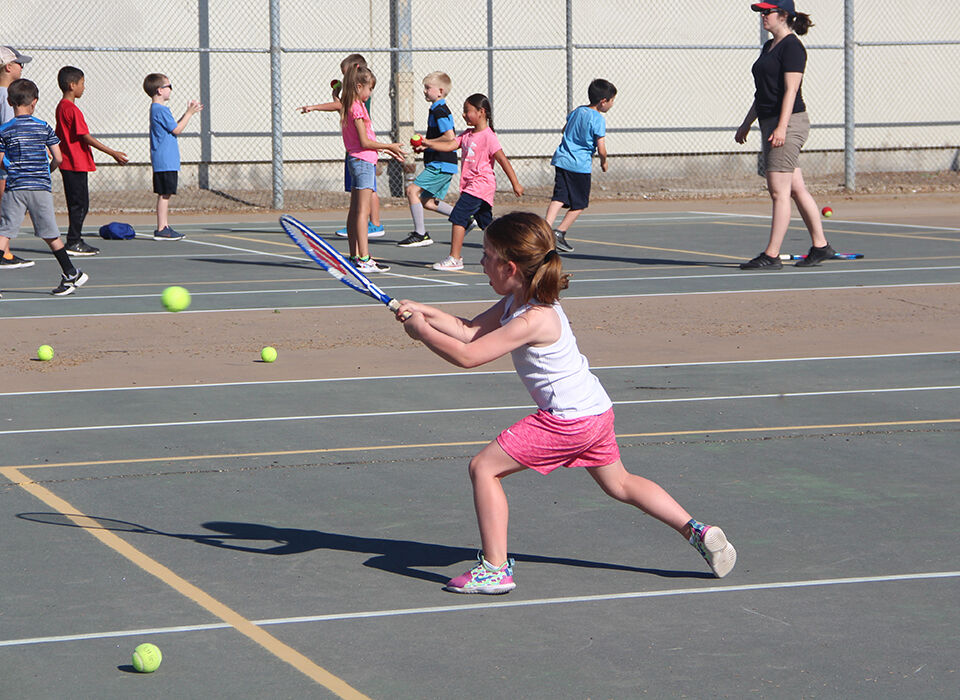 A group of local young athletes, as well as some little helpers, having an enjoyable time on the courts during the tennis camp held by the Ontario Recreation District. The tennis camp concluded last Friday after the sessions finished in the morning. 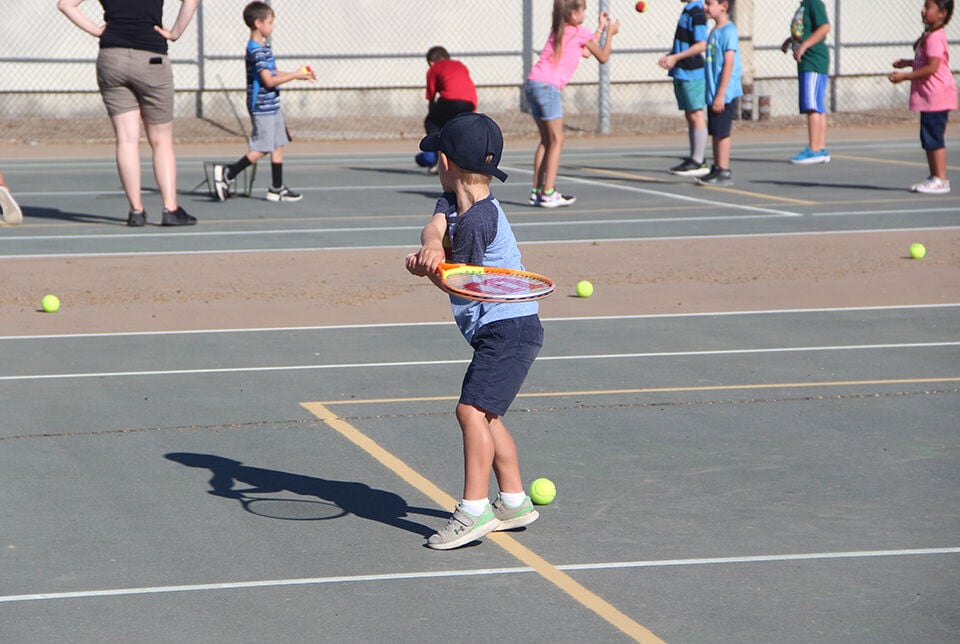 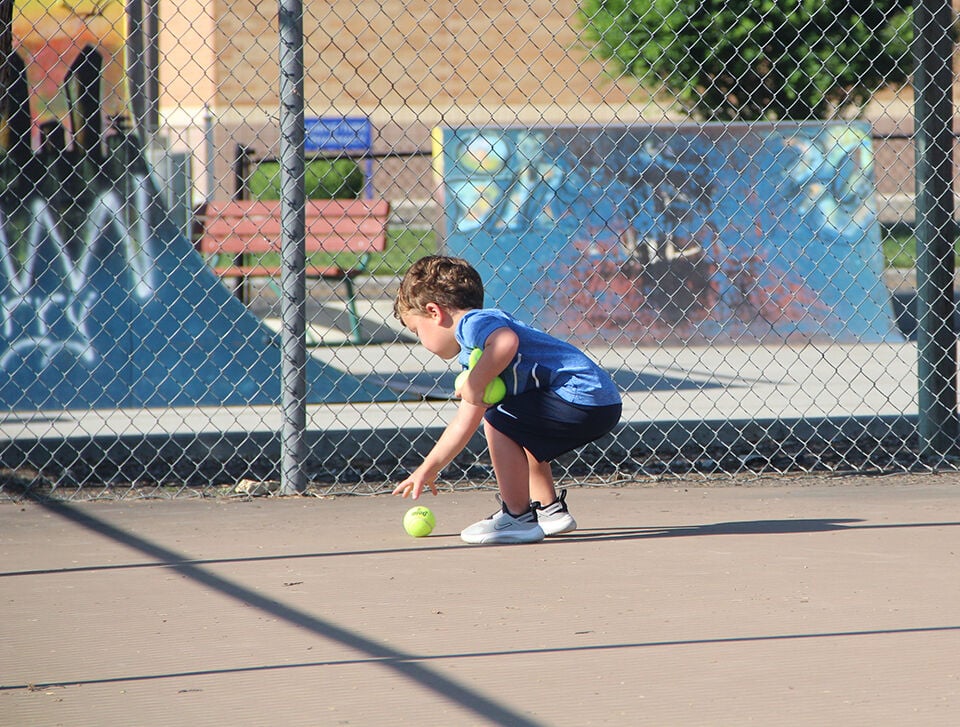 A group of local young athletes, as well as some little helpers, having an enjoyable time on the courts during the tennis camp held by the Ontario Recreation District. The tennis camp concluded last Friday after the sessions finished in the morning.

ONTARIO — Last week, the Ontario Recreation District hosted a tennis camp in Ontario, at the tennis courts next to the recreation district’s main office. The camp was available to children in kindergarten through eighth grade. Those in kindergarten through fourth grade met for an hour in the mornings, followed up by youth enrolled who were in fifth through eighth grade. The camp began June 21, running throughout the entirety of the week until it wrapped up June 25.

Coaches were able to teach and coach many of the local youth in the sport of tennis. The children were able to learn a basic understanding of the sport; how to hit the ball, the rules of the sport, how to work as a team, and many other playing aspects. Even though it is a learning experience, the children always appeared to be enjoying themselves.

There are also additional camps that are available for registration, such as soccer, volleyball and basketball camps. In order to register a young athlete, forms can be found on the Rec District’s website, ontariorecdistrict.com, as well as within the main office. Additionally, more information can be obtained by contacting the office at (541) 889-7686 or dropping in at 745 S.W. Third Ave.

To contact the Ontario Recreation District, either reach out in person, through phone, or on the website, https://ontariorecdistrict.com/home or (541) 889-7686.