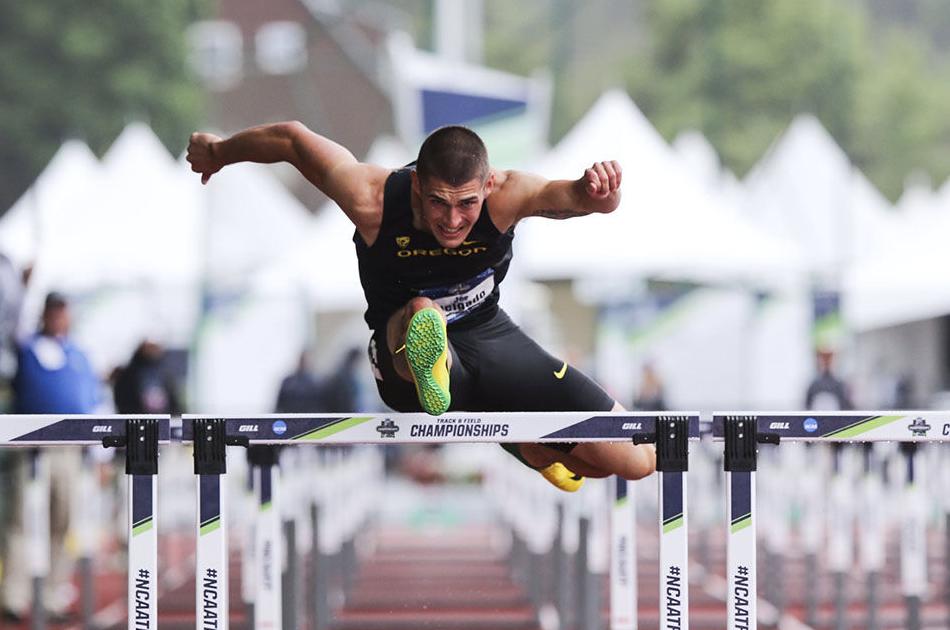 Ontario alumni, Joseph Delgado, hurdling over his obstacles as he trains to compete in the decathlon during the 2021 U.S. Track and Field Olympic Trials, today through June 27. 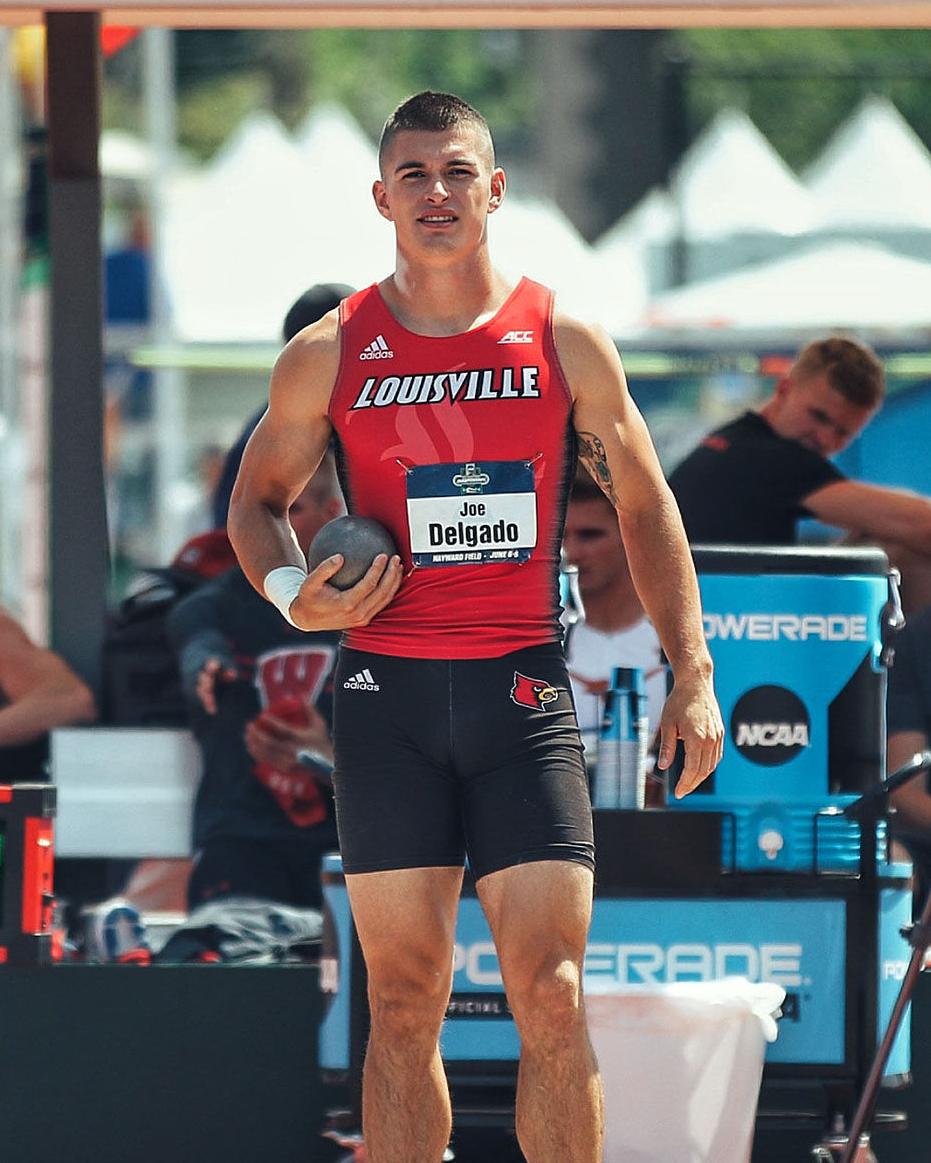 Tigers' alumni, Joseph Delgado, preparing to heave the shot put for points within his decathlon. Delgado will be competing in the U.S. Olympic Trials today through June 27, with days off in between for rest; June 22 and June 23.

Ontario alumni, Joseph Delgado, hurdling over his obstacles as he trains to compete in the decathlon during the 2021 U.S. Track and Field Olympic Trials, today through June 27.

Tigers' alumni, Joseph Delgado, preparing to heave the shot put for points within his decathlon. Delgado will be competing in the U.S. Olympic Trials today through June 27, with days off in between for rest; June 22 and June 23.

ONTARIO — The U.S. Olympic Track and Field Trials are starting today, and will last through the entirety of next week, ending on June 27. Ontario Alumni Joseph Delgado, from the class of 2013, managed to qualify for the Olympic Trials in the decathlon event. The Olympic Trials will be held in Eugene, in the Hayward Field at the University of Oregon.

In order to qualify, Delgado participated in the Navy Invite 2 in Annapolis, Maryland on April 16-17; which was one of the selected meets that an athlete could attend to attempt to qualify for the Olympic Trials. He was able to place near the top in every event, allowing him to accumulate enough points to take first place in the decathlon with a score of 7,882 points. The decathlon is a competition where athletes will compete against each other in 10 separate events. Based on their time or distance within each event, they will be awarded a certain amount of points towards their final position. After the 10 events are concluded, the results are tallied up, combined, and will be final; which leads up to the placements being awarded.

During the Navy Invitational 2, Delgado managed to place first in seven of his 10 events, following that with two second-place finishes as well as one fourth-place finish. This showing resulted in Delgado placing first, in addition to qualifying for the Olympic Trials. The events that Delgado walked away with gold were 100 meter, long jump, shot put, high jump, discus, pole vault, and the 1500 meter. He was able to follow with second-place finishes in the javelin and the 400 meter, as well as a fourth-place finish in the 110 meter hurdles.

Delgado’s high school coach Paul Bentz said, “It’s been a lot of fun watching Joe on this journey, he just keeps getting better and better. He has trained his weaknesses into his strengths.”

If Delgado manages to compete well enough to earn his ticket to the Olympics, he would compete on July 23 through Aug. 8. The Olympics will be hosted by Japan, and will be located in Tokyo. The Tokyo Olympics were supposed to take place in the year 2020, but due to COVID-19, it was cancelled.

Back in high school, Delgado managed to achieve multiple state champion titles as an individual in events such 300 meter and 110 meter hurdles, as well as placing towards the top in his other events as well. Delgado won the state 110 meter hurdles in 2012, in addition to placing second in 2013 and third in 2011. He managed to win the state 300 meter hurdles in 2010, 2012, and 2013, as well as placing second in 2011. During his high school career, Delgado was able to compete in the 2011 USA Track and Field Junior Olympics for the decathlon, where he managed to take gold with a score of 6,508.

Following his collegiate track and field career, Delgado started as an assistant coach for the Naval Track and Field team to work the multi-event athletes. In his first two seasons with the Shipmen, Navy has managed to accumulate five Patriot League team titles, two men’s titles and three women’s titles.

All things considered, Delgado has had a fulfilling career, but isn’t going to stop just yet. Throughout his career as an athlete and a coach, Delgado has had his eyes on the Olympics; the pinnacle of competition for Track and Field athletes.

Delgado’s high school coach Andrew Zugner stated, “It has been amazing watching Joe continue to grow and do amazing things as he prepares for his dream of being an Olympic athlete. His humility and eagerness to give back to his hometown of Ontario and Eastern Oregon is something that as a coaching staff we could not be more proud of,” as well as mentioning, “Joe is a competitor and he is not afraid to face his challenges and competition head on. I am excited to see him compete for a spot on the Olympic team.”

Whether it be in competition, as a coach, or returning back to Ontario to host camps for the younger athletes, it appears that Delgado has always given his best efforts. The Ontario Alumni will be competing today through the end of next weekend, June 27, to attempt to gain his ticket to the Tokyo Olympics.