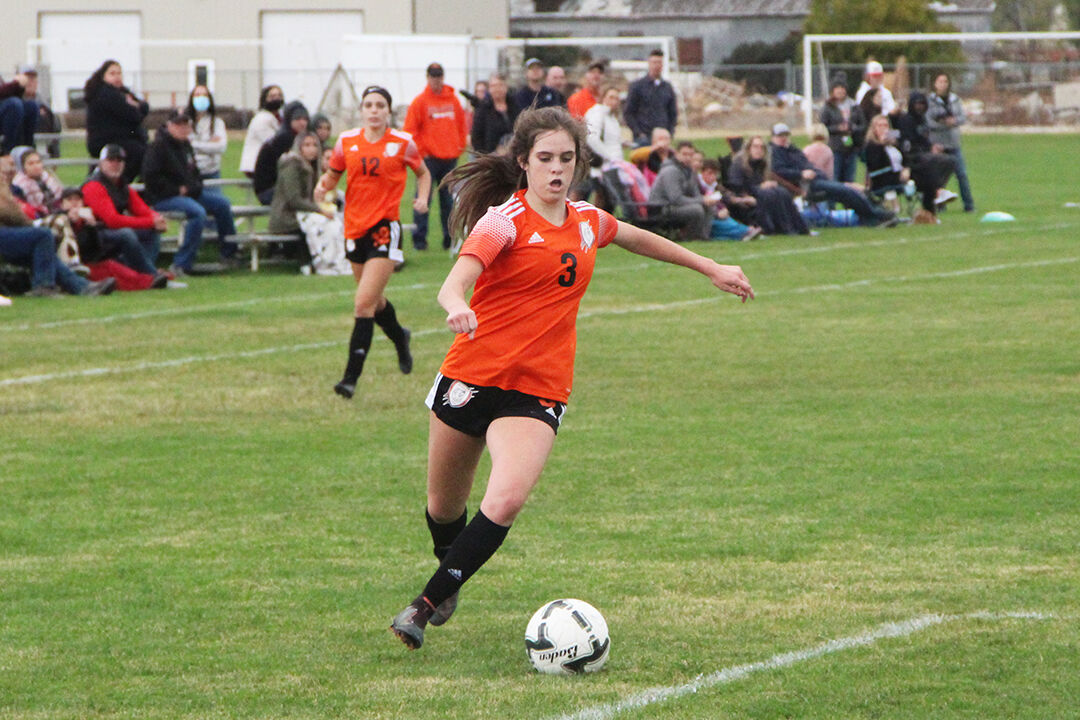 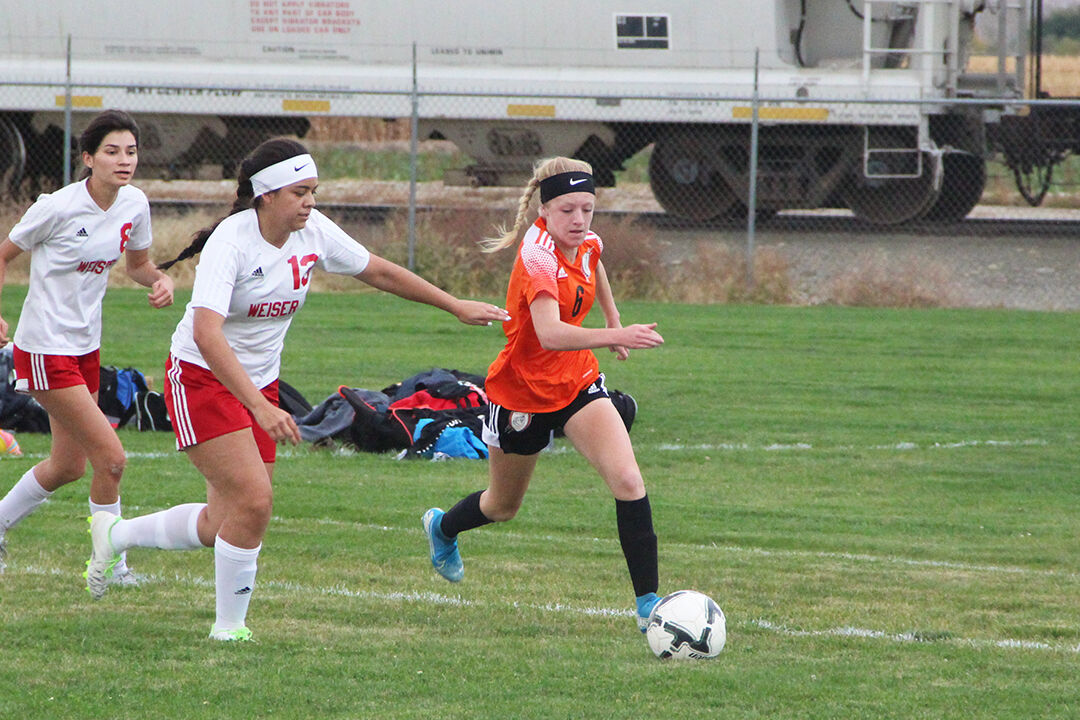 Fruitland’s Riley George, right, dribbles the ball as Weiser defenders Brittany Cortez (13) and Kathy Rivera (8) chase her down the side line. 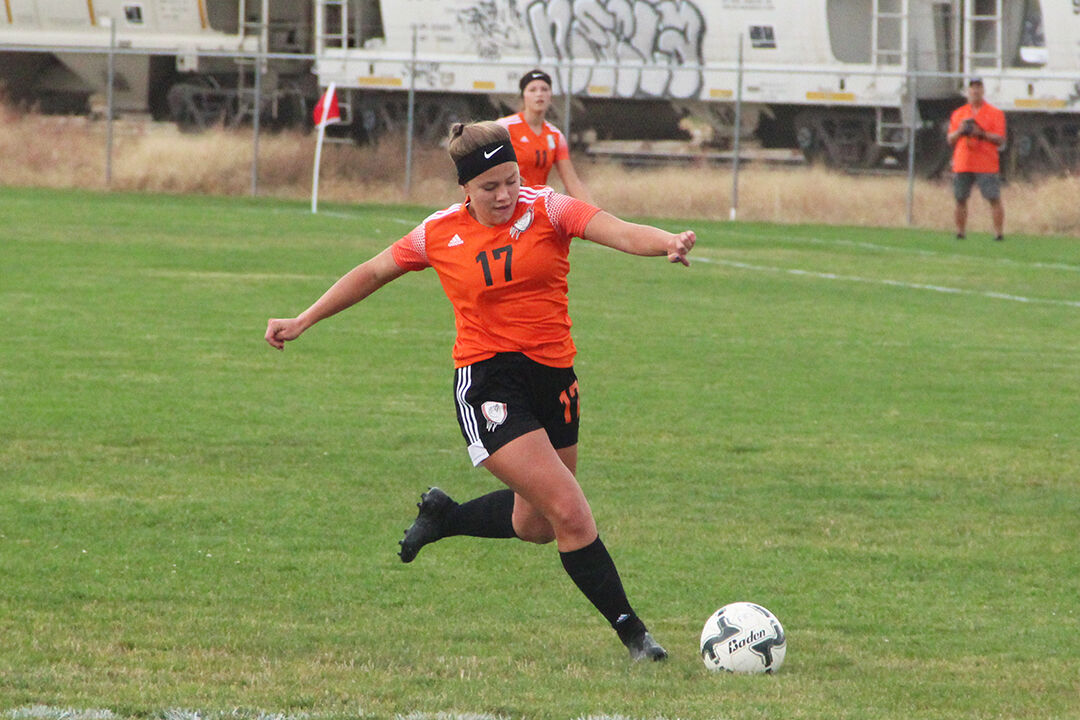 Fruitland’s Sophia Gibb (17) controls the ball at the top of the box.

Fruitland’s Riley George, right, dribbles the ball as Weiser defenders Brittany Cortez (13) and Kathy Rivera (8) chase her down the side line.

Fruitland’s Sophia Gibb (17) controls the ball at the top of the box.

Thanks to a early barrage of offense, the Fruitland girls soccer team is advancing to face McCall in the Snake River Valley district championship game after toppling long-time district juggernaut Weiser in the semifinals 3-1.

The Wolverines’ run of five-straight district titles was broken with the 3-1 loss.

The Grizzlies opened their offense early. At 18 minutes, Abbi Roubidoux attempted a short range shot which was deflected by Weiser goalkeeper Melissa Sandoval, but the tip was right to Fruitland’s Sophia Gibb, who connected on the easy tip-in.

At 30 minutes, Riley George broke off the defense on the pass for a one-on-one score.

Trailing at the half, the Wolverines came out swinging in the second half. Three minutes into the second half, Elle Svedin chested a corner kick into goal to put Weiser on the board.

But at 77 minutes, Roubidoux closed the Weiser comeback on a rainbow shot that ran over Sandoval’s reach and into the net.