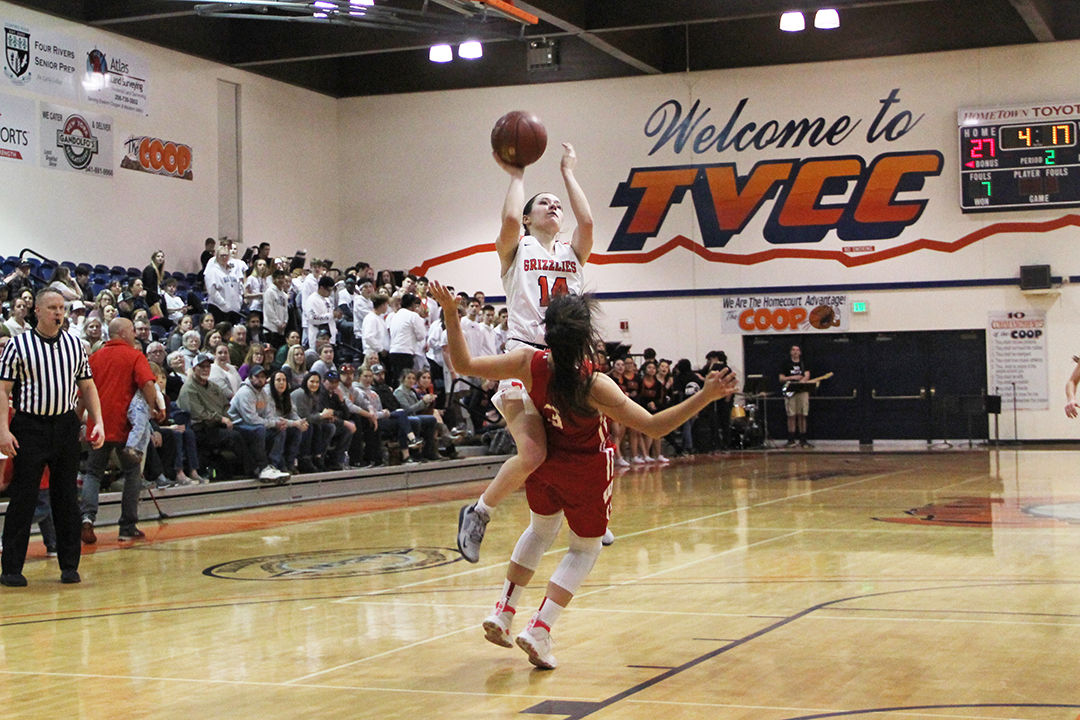 Fruitland's Abby Smith, back, drives in for a layup over Weiser's Marissa Moyle during the SRV second-place game on Thursday night. 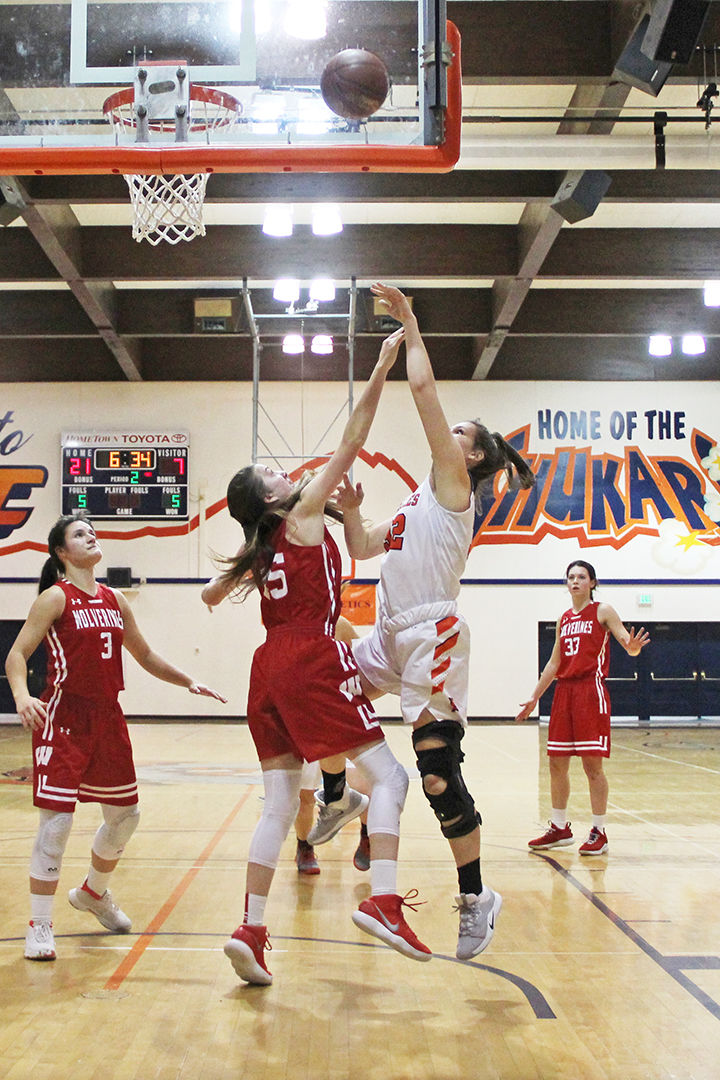 Fruitland's Abby Smith, back, drives in for a layup over Weiser's Marissa Moyle during the SRV second-place game on Thursday night.

ONTARIO — Hitting the gas early, the Fruitland girls basketball team rolled to a 60-42 win over rival Weiser in the Snake River Valley District Tournament second-place game on Thursday night at Treasure Valley Community College. The win will send the Grizzlies to the state tournament as the SRV’s second seed, the team’s first trip to the dance since 2015.

This will also be coach Amber Drollinger’s first trip to the state tournament as the Fruitland head coach.

“These seniors, this has been their goal every year, to go to state,” Drollinger said.

After falling to Parma in the district championship game, Drollinger said the Grizzlies’ focus on Thursday was in rebounding.

“That is something that we focus on a lot, is boxing out and rebounding,” Drollinger said. “Because Weiser comes hard for the offensive rebounds every time.”

One major player for the Grizzlies this week was Abby Roubidoux, who scored 11 points on Thursday and was the Grizzlies’ top scorer in the district championship loss to Parma.

Drollinger said that she was happy to see the high level of composure from the freshman guard.

“This is a bigger court,” Drollinger said. “It’s bright and loud and they have backless hoops. Sometimes you bring a young girl in here and they lose themselves. ”

While the win was special for a lot of Fruitland players, it was a little extra special for senior Lilly Richins, who has missed a lot of time in her playing career due to knee injuries.

“It’s been a long time coming,” Richins said. “I’m just so glad that I got to be with this team. This is the team that I’ve felt the closest with. So I’m so glad we get to experience this together.”

While she’s been waiting years to help lead the Grizzlies to a state tournament berth, Richins said she had to make sure that she could get back on the court with her team this winter.

“When I tore my meniscus, I knew volleyball was over,” Richins said. “But I asked about basketball and they said they weren’t sure. It gave me that fire. I have to be back. We’ve come so far. We played good in summer ball. I think I worked harder to come back to this team than I would have otherwise.”

Originally, Richins said she was expecting to be back on the court after Christmas break, but during a pickup game with her brother (Fruitland alumnus and former state champion basketball player Jacob Richins) Lilly Richins said she strained a muscle in her leg which became a cause for concern.

It wasn’t until senior night on Jan. 28 when Richins was cleared to return to the court, and instead of just playing a token role as a senior and playing one minute and sitting the rest of the game, Richins said she knew immediately that she was ready to play.

“After senior night, I knew I was back,” Richins said. “But this week I really felt like I was back at it. I feel at home. The court is my home.”

Drollinger said she was happy to be able to get Richins back onto the court with her team.

“This is all she’s ever wanted,” Drollinger said. “Missing her senior year, I know that was very hard for her. So it’s fun to have her back with us.”