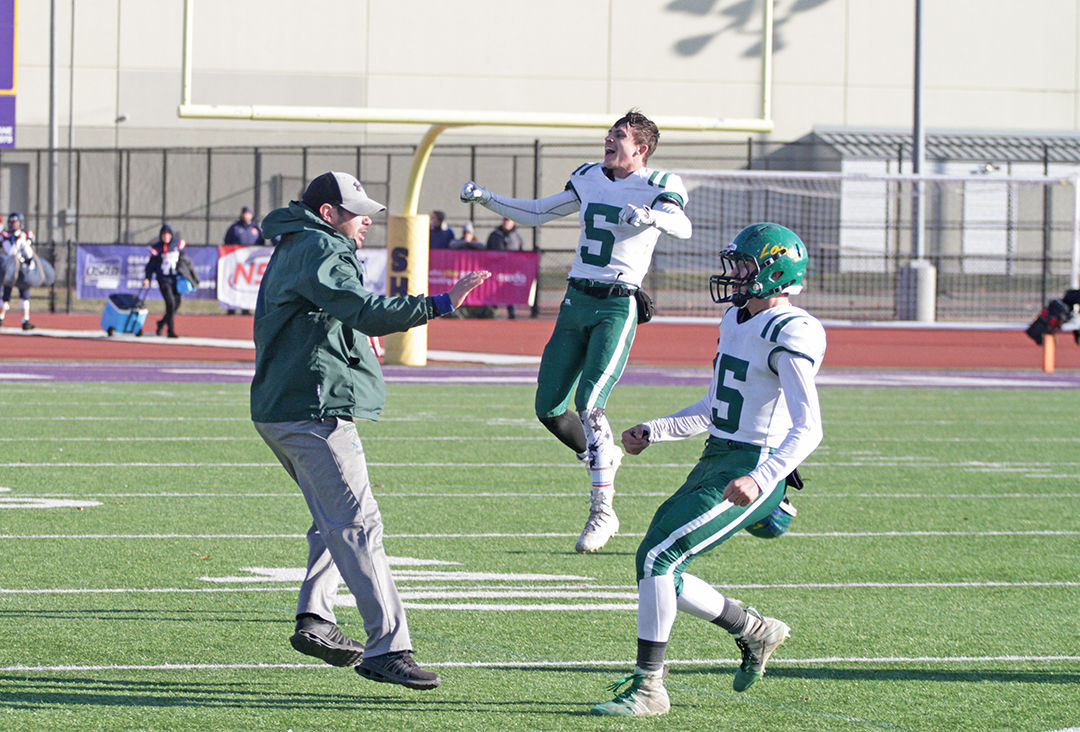 Adrian/Jordan Valley’s Wade Bond (5) jumps in celebration as he and teammate Logan Griffin (15) meet with coach Bill Wortman after the Antelopes’ win over St. Paul in the 1A State Championship game on Saturday afternoon. 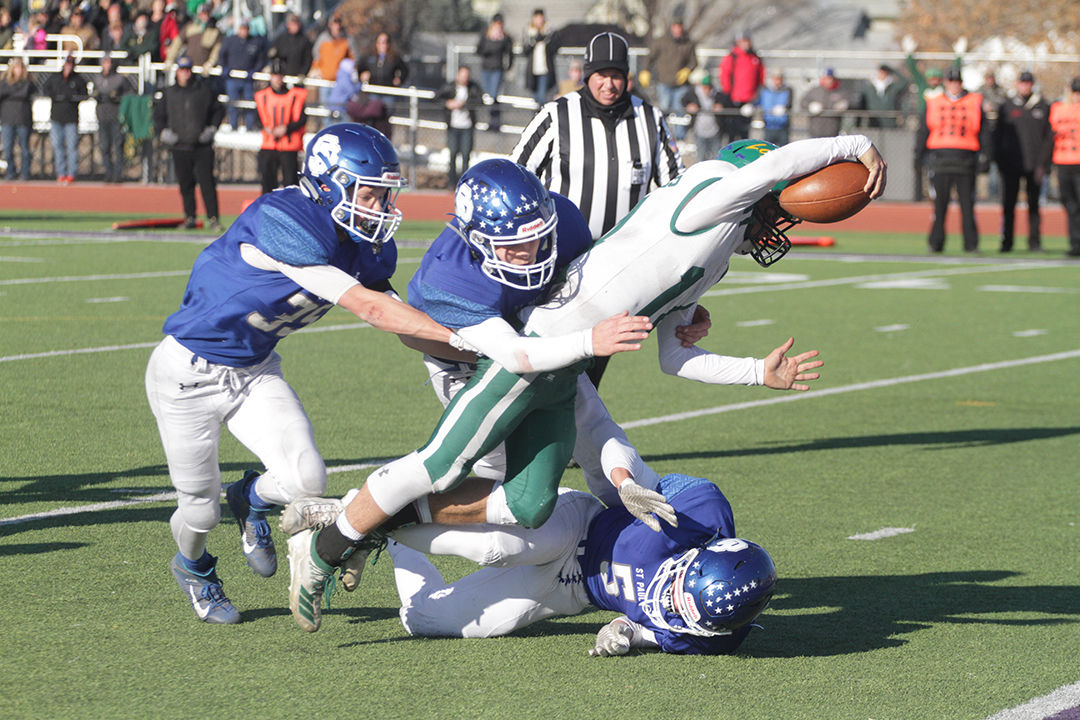 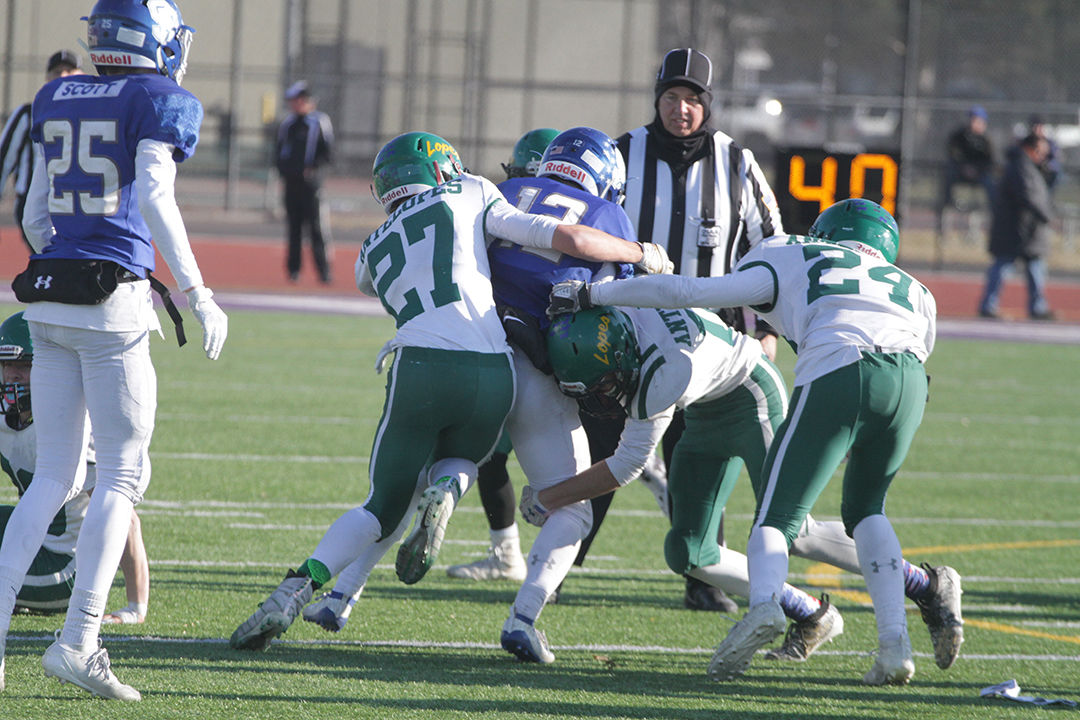 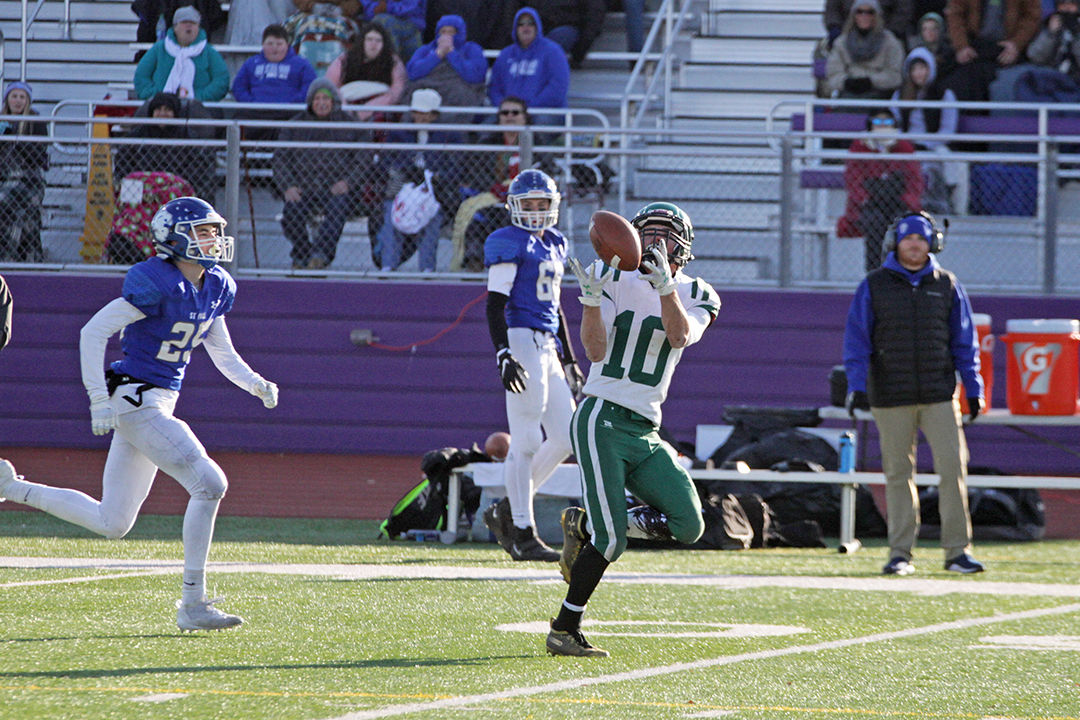 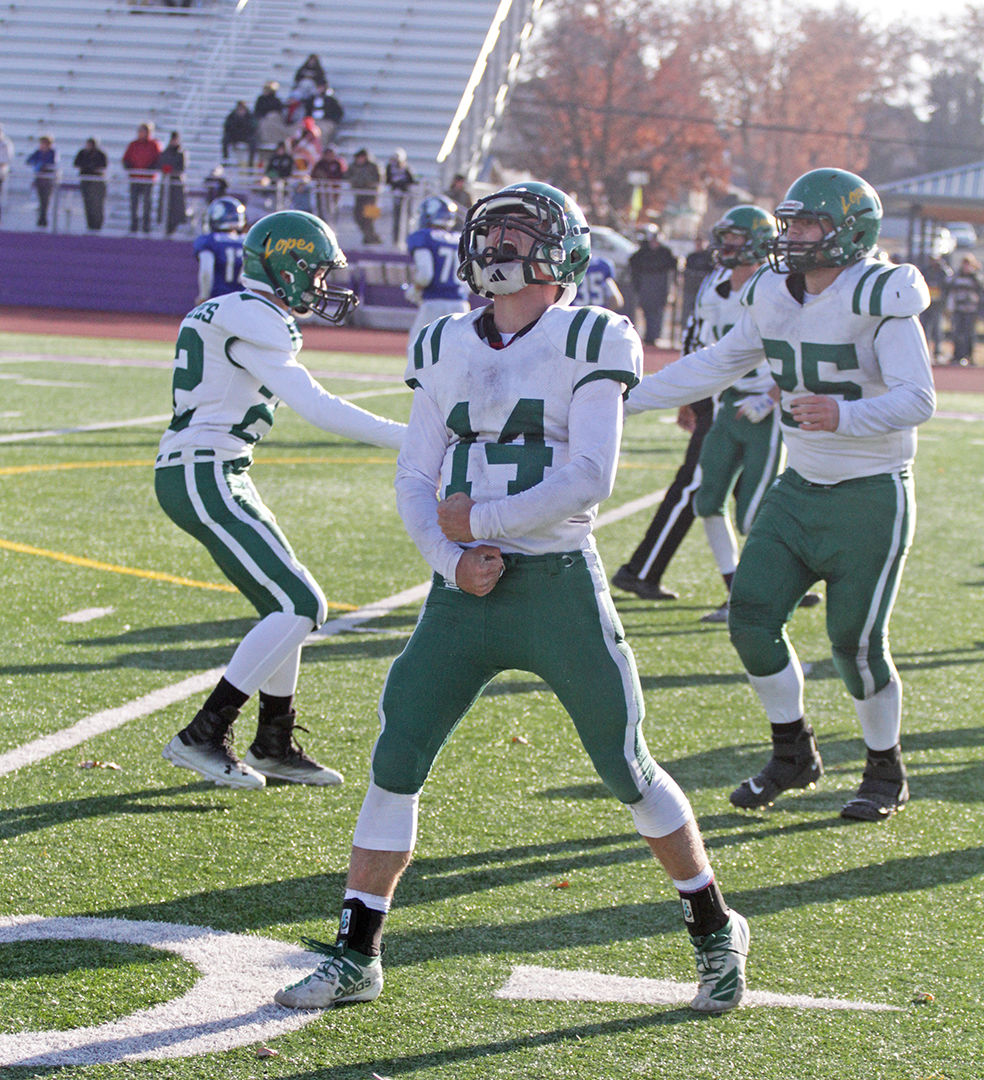 Adrian/Jordan Valley’s Wade Bond (5) jumps in celebration as he and teammate Logan Griffin (15) meet with coach Bill Wortman after the Antelopes’ win over St. Paul in the 1A State Championship game on Saturday afternoon.

HERMISTON — The Adrian/Jordan Valley football team had under two minutes to score the game-winning touchdown against St. Paul in the OSAA 1A State Championship game.

The dynamic Antelopes told the Buckaroos to keep the change.

On the ensuing drive, the Adrian/Jordan Valley defense held strong as the Antelopes sealed the 38-32 win over St. Paul for the 1A State Championship.

While the Antelopes needed a big comeback in the fourth quarter to get the win on Saturday, the stat line makes the game look like more of a rout. The Antelopes gained 532 total yards of offense (278 rushing and 245 passing) while the Buckaroos had 347 (217 rushing and 130 passing).

The Antelopes’ sophomore quarterback, Martin led the team with 35 rushes for 201 yards and four touchdowns. He also completed 13 of 22 passes for 237 yards and a touchdown.

Babcock finished the game with 13 carries for 86 yards. He also had three catches for 103 yards and a touchdown.

The Antelopes’ turnover-hungry defense wasn’t able to catch an interception on St. Paul, but did keep TJ Crawford to completing just nine of 16 passes for 130 yards and no passing touchdowns.

One of the game’s biggest plays came in the second quarter, as the Antelopes scored their first touchdown of the game. On the ensuing kickoff, St. Paul’s Gianni Grasso was hit by an Adrian/Jordan Valley player. Thinking the play was done, all eight Antelopes walked off the field as Grasso, who didn’t hear a whistle, got up and ran for an 85-yard touchdown.

The score allowed St. Paul to keep a lead on Adrian/Jordan Valley in the first half.