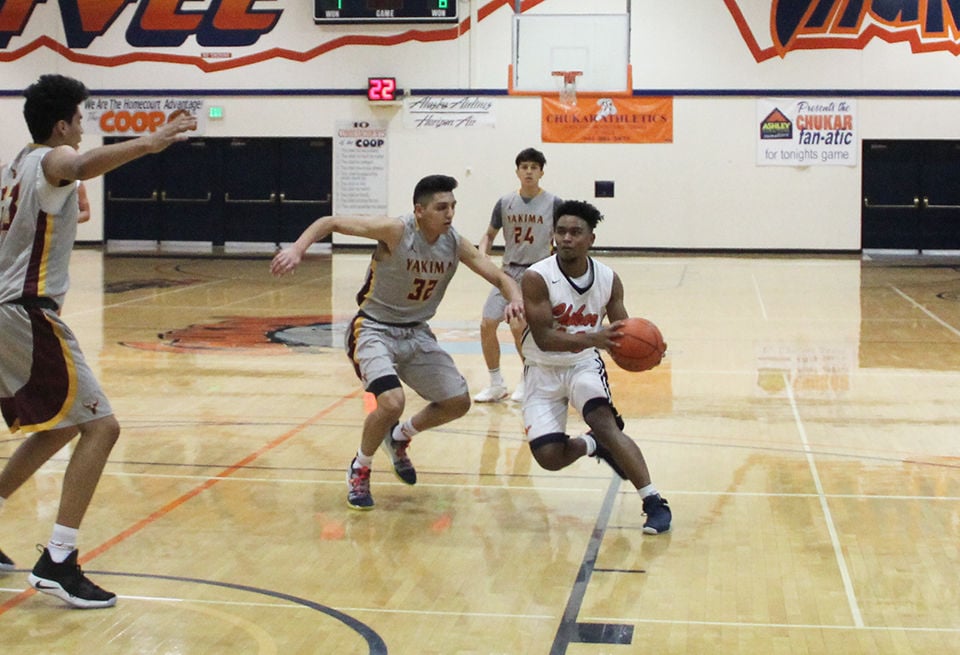 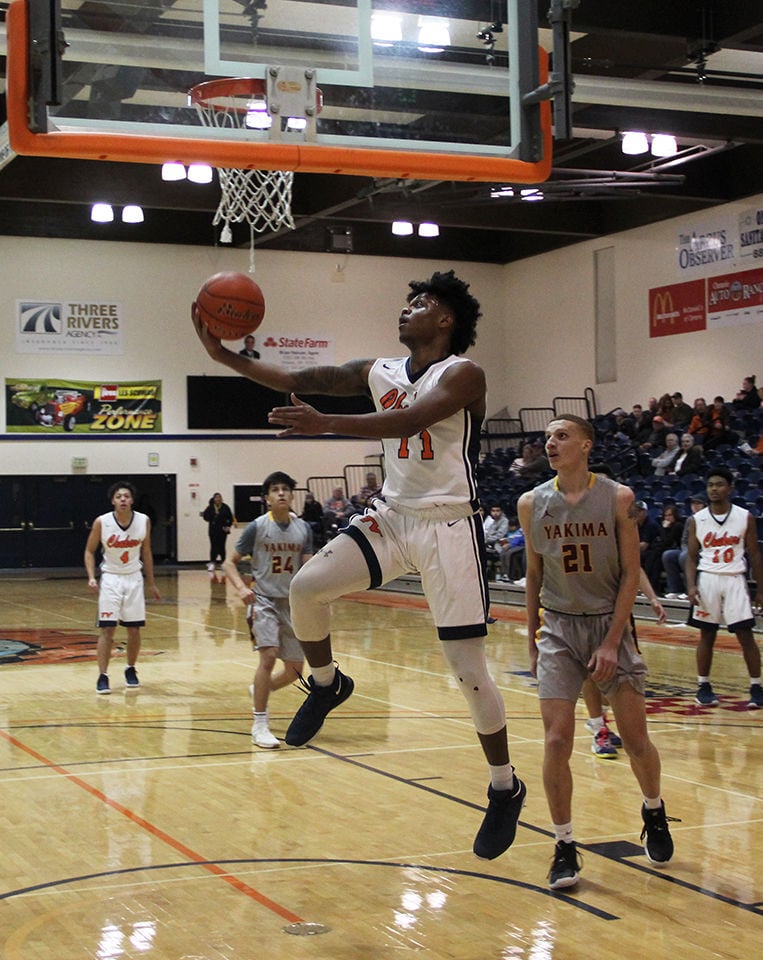 ONTARIO — The Treasure Valley Community College men’s basketball team made it rain from beyond the arc as the Chukars opened NWAC East Region competition with a big win over Yakima Valley Community, beating the Yaks 107-94 Wednesday night at home.

With the game being decided by 13 points, the Chukars gained 15 more in three-pointers than the Yaks did.

While the Chukars tend to rely on their speed and finesse in a lot of games, that isn’t always the case against the Yaks, who play a similar style of small ball that Treasure Valley does.

Both TVCC and Yakima have just one player that’s taller than six-foot-five.

“It was a really tough matchup for us,” Stegner said. “I thought we did a good job of matching their speed after the first 10 or so minutes.”

One stat line that didn’t fall in the Chukars’ favor was turnovers. TVCC had 17 turnovers and Yakima had 10.

“We did a lot of stupid things tonight,” Stegner said. “The effort was all there. But sometime the decision making wasn’t great.”

With another tough test at North Idaho College on Saturday, Stegner said the Chukars will be continuing to work on passing and ball movement to keep the flow of the offense.

“We always need to work better on making better decisions,” Stegner said. “We preach making good decisions. And when we weren’t, that’s what led to the runs for Yakima. We didn’t move the ball very well, or as well as we could have.”

Wednesday’s win marks the first NWAC East Region win for Stegner, who is in his first year as the head coach of the Chukars.

“I’m really happy to get the win,” Stegner said. “Any time you can get a league win, that’s a good thing.”