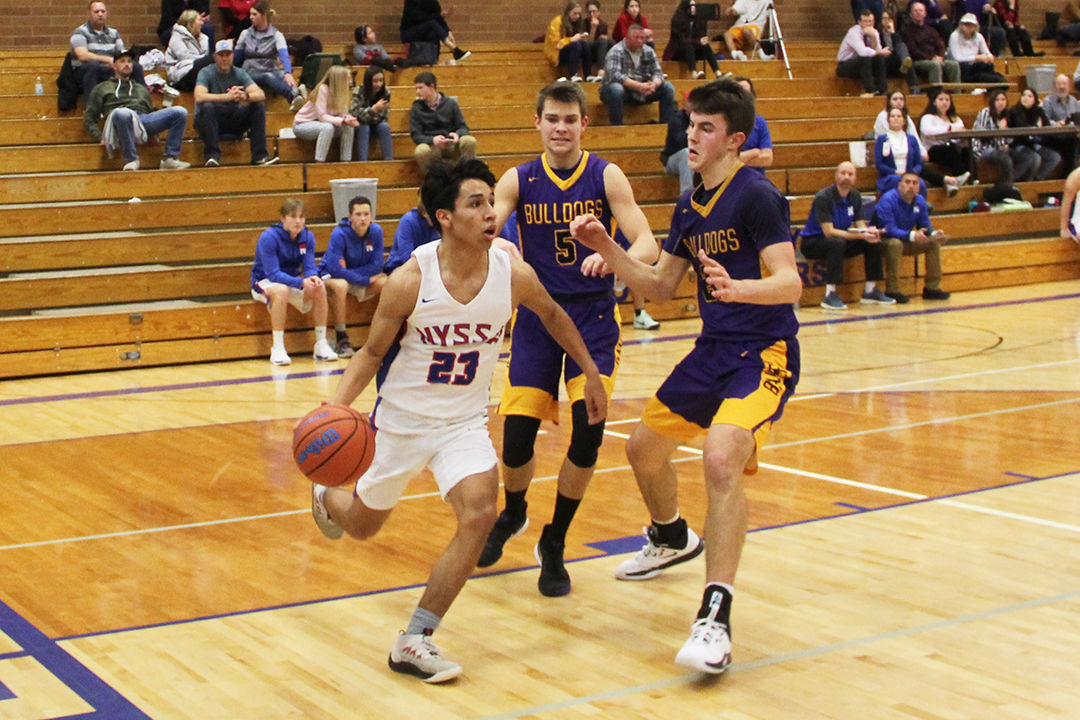 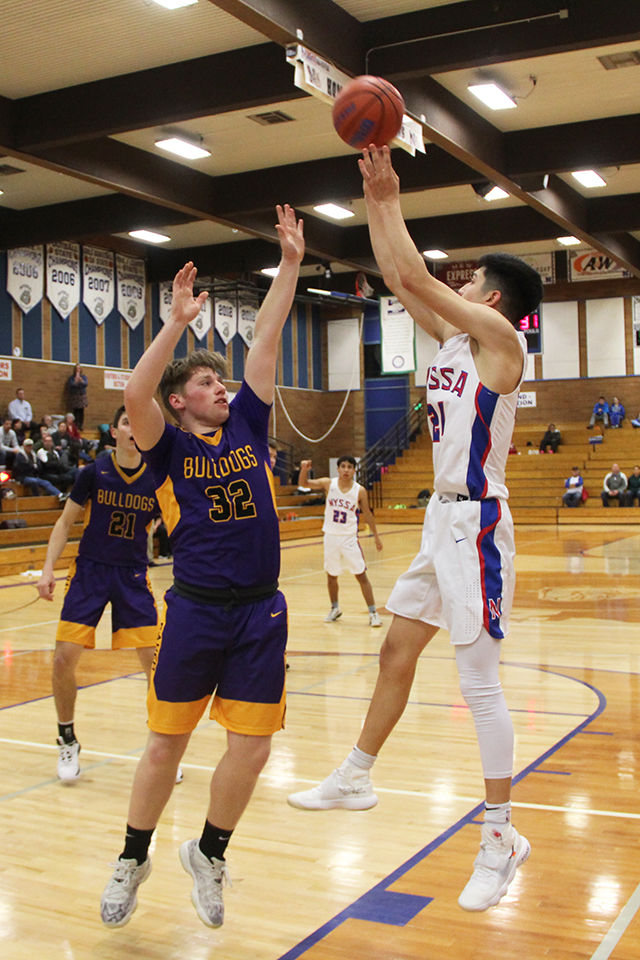 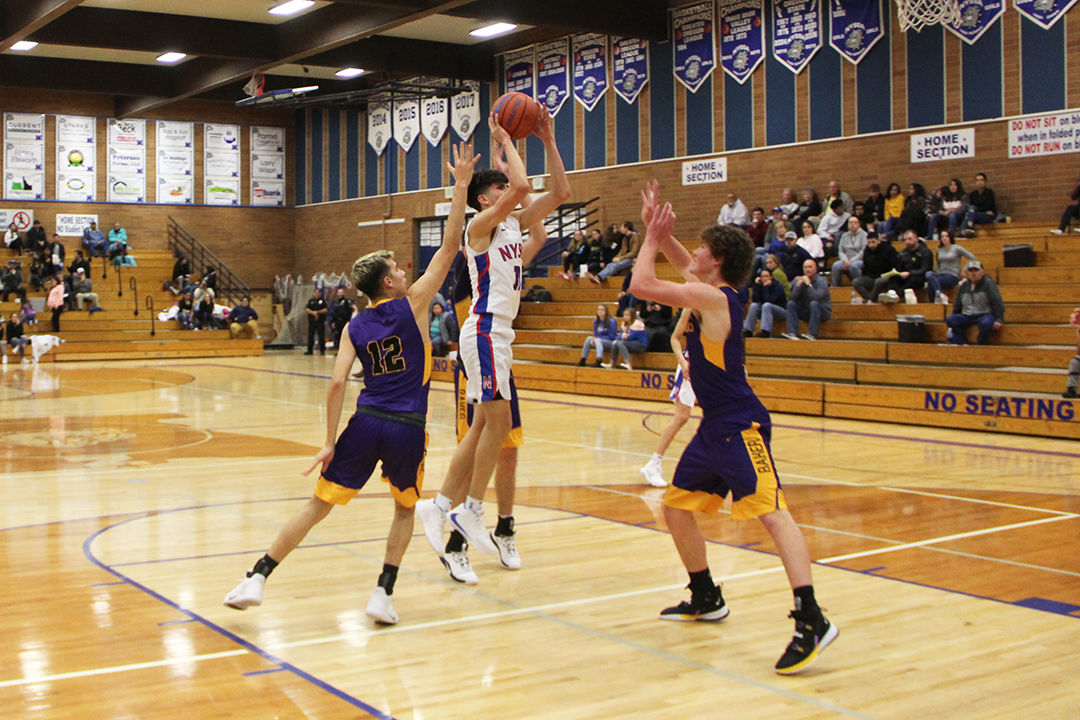 NYSSA — The Nyssa boys basketball team grinded through the second half and held on late for a 57-55 win over Baker in a Bulldogs-only non-league matchup.

The win avenges a 39-30 Nyssa loss to Baker on Dec. 10, where coach Aaron Mills said the Bulldogs (8-3) struggled to have any shooting consistency.

Mills said the difference on Tuesday for Nyssa was the three-point shooting. On Tuesday night, the Bulldogs made eight of 17 three pointers, including four of nine from Armando Pedraza.

Mills said Baker, who has no players listed below six feet tall, is a very athletic team capable of moving the ball down the court quickly.

“They’re so great in transition, that if you’re not making those threes, then they’re laying it up on you,” Mills said. “It causes us problems.”

One issue for Nyssa against Baker is the rebounding game. For the Bulldogs, Baker creates a tough mismatch because of its strength in the paint. Nyssa’s tallest players, Leo Barba (six-foot-four) and Nico Gomeza (six-foot-three) are not as strong as the Baker bigs and were getting bullied in the paint. Both Barba and Gomeza are swing players who generally are playing in the guard position.

“They kept getting those offensive boards,” Mills said. “We were outrebounded tonight. But we shot well, that balanced things out. The kids were being patient with their shot selection.”

Nyssa senior Pedro Chavez led the Bulldogs with 16 points, including eight in the fourth quarter. Barba ended the game with 15 points and Gomeza had nine points.

The Bulldogs also picked up a big boost from Kelvin Pascasio, who scored his three points of the game on a fouled layup with 53.9 seconds left to give Nyssa a 54-49 lead.

“Kelvin’s play was huge at the end,” Mills said.

“There’s a reason those three kids have the ball in their hands all the time,” Mills said. “Pedro as a team leader makes us dangerous on any given night.”

Mills said the most important part of the Bulldogs’ success this winter has been their coachability.

“They know what it takes. They have bought in to all the skill development things that make you efficient as a group,” he said.

Nyssa will host Ontario on Wednesday.