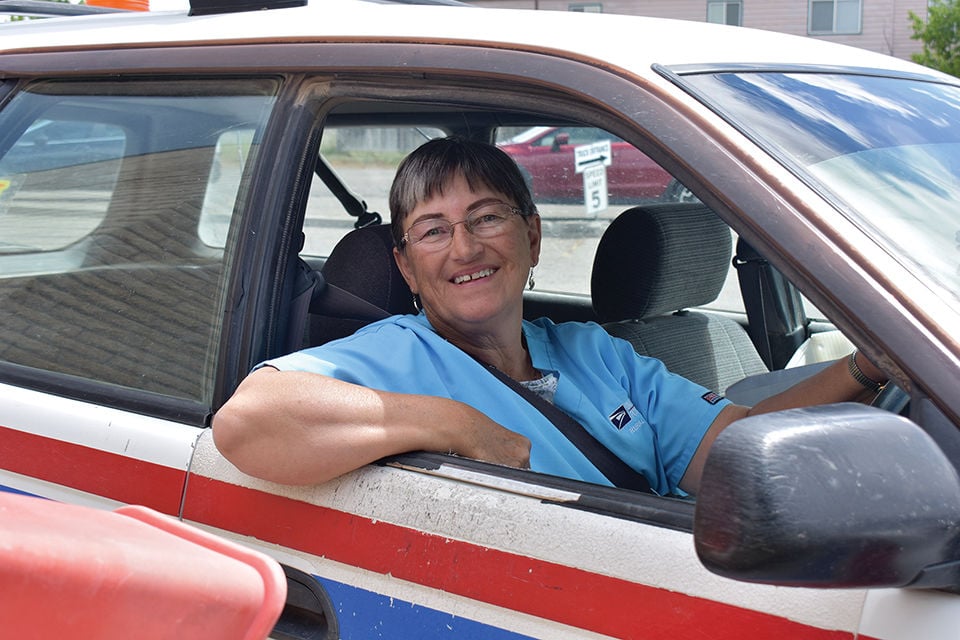 Ontario rural postal carrier Sue Matthews, is pictured in her delivery vehicle on May 22. Matthews said she’s chosen to retire now to go easy on her retired husband. 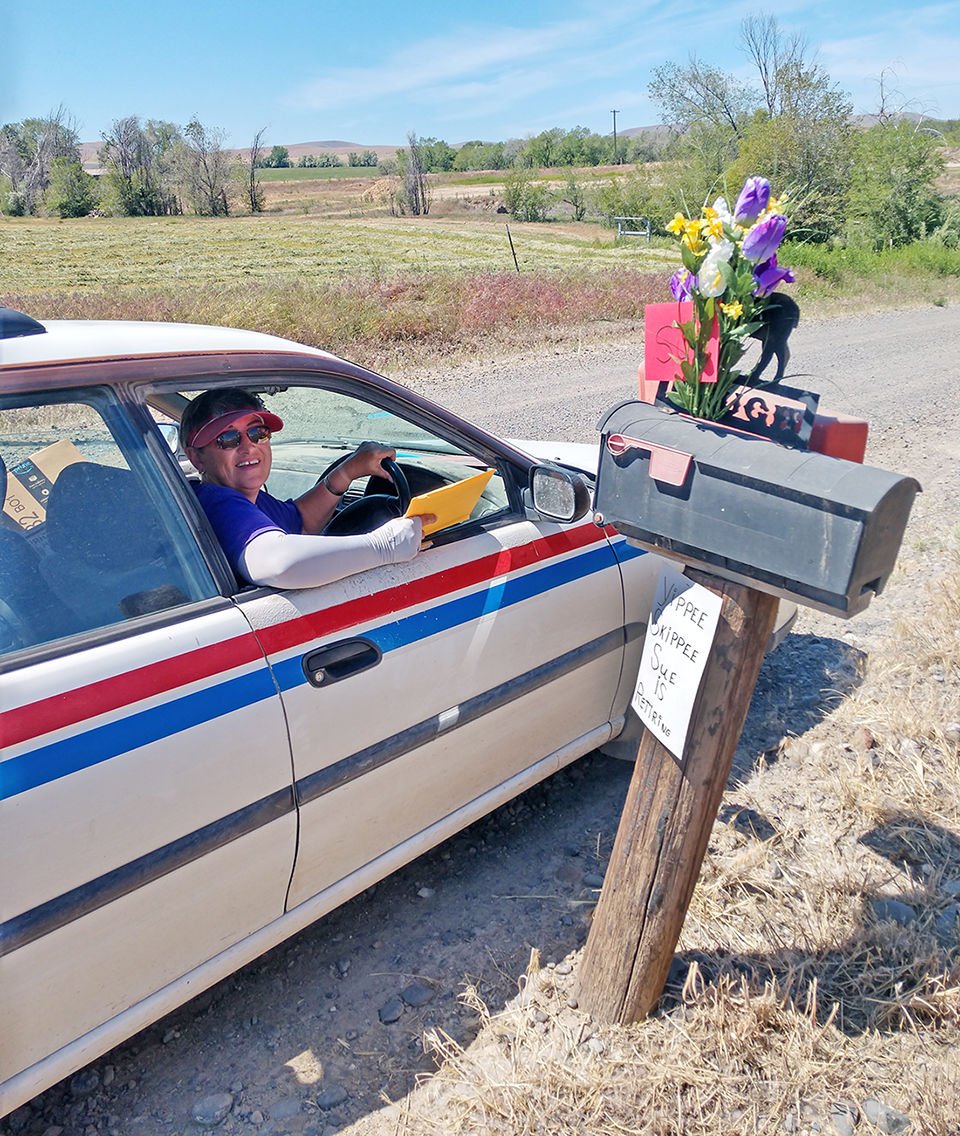 Sue Matthew’s last run, as photographed on May 29 by one of her customers, Grant Baugh. He and several neighbors decorated their mailboxes in honor of her retirement.

Ontario rural postal carrier Sue Matthews, is pictured in her delivery vehicle on May 22. Matthews said she’s chosen to retire now to go easy on her retired husband.

Sue Matthew’s last run, as photographed on May 29 by one of her customers, Grant Baugh. He and several neighbors decorated their mailboxes in honor of her retirement.

ONTARIO — In a top-10 list on the ‘Late Show’ in 2007, Bob Barker said of his retirement, “Some older folks have the good sense to retire … unlike Letterman.”

For rural letter carrier Sue Matthews, her decision to retire came as she sensed the need at home. Having put in her paperwork already, her last day on the job was May 29.

Matthews has worked for the U.S. Postal Service for 33 years. She said she went into mail delivery out of a desire to find enjoyable work.

“I thought it’d be fun to do and a nice way to earn a living,” Matthews told the Argus on May 22.

Fun it was, she said. Between deliveries, Matthews enjoyed taking in the sights and sounds of her route, such as spotting a family of foxes on her route earlier in the day on May 22.

“I’ve seen deer out there and coyotes; I had one coyote about six feet from my door, and it was just standing there looking at me and I was so surprised,” said Matthews of that encounter.

In an email on May 27, Ontario Postmaster Marlon Wilson gave Matthews a glowing final review.

“She started in August of 1987,” according to Wilson. “She has been a great employee, worked here the whole time. Sue is a wonderful, hardworking and kind person.”

Although she had planned to retire a little further down the road, her husband asked her nicely to move it up a bit.

She also notes he put the stripes on her work vehicle, a Subaru wagon.

In their retirement, the couple plans to visit her family Montana and Michigan, the latter being where she hails from.

Matthews said she would miss the people on her delivery route most of all.

“They’ve pulled me out of the snow … they’ve helped me change flat tires, because if we get a flat it’s our job to keep on going. The people have been so nice. They’ve been wonderful.”

To her successor, Matthews recommends not being shy.

“Get to know the people on the route, ’cause they’re so nice! You get to worry about them when they don’t pick the mail up … And carry wasp spray!”

With summertime around the corner, Matthews advises customers to help keep wasps and spiders at bay for future carriers by keeping a dryer sheet in their mailbox or its housing.

“And replace it when it gets all dried out.”

Wilson said the Ontario Post Office had a small celebration for Matthews on her last day, with social distancing in place.

One of Matthews’ delivery customers, Grant Baugh said several of his neighbors decorated their mailboxes to honor Matthews’ retirement.

“She brings smiles on days when there aren’t smiles,” Baugh said.