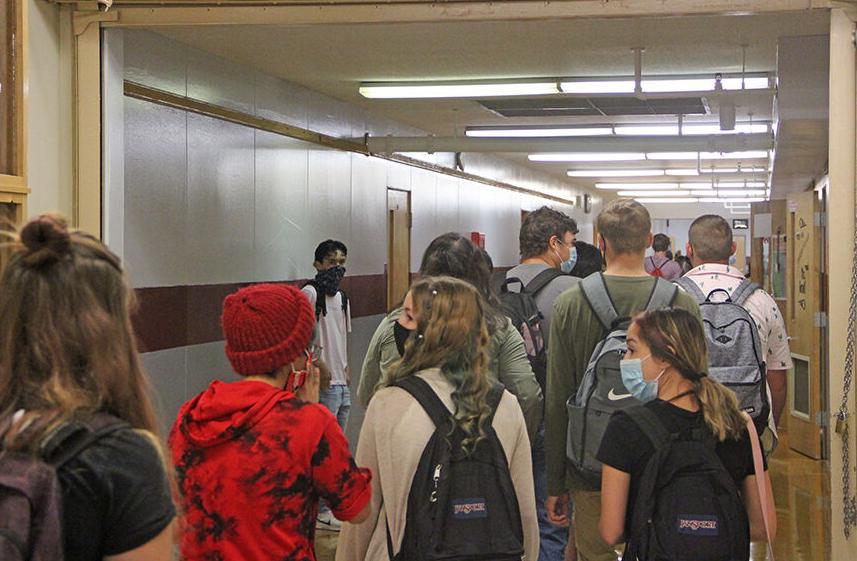 Students of Weiser High School walk to class on Thursday morning, their first day back in school since March. 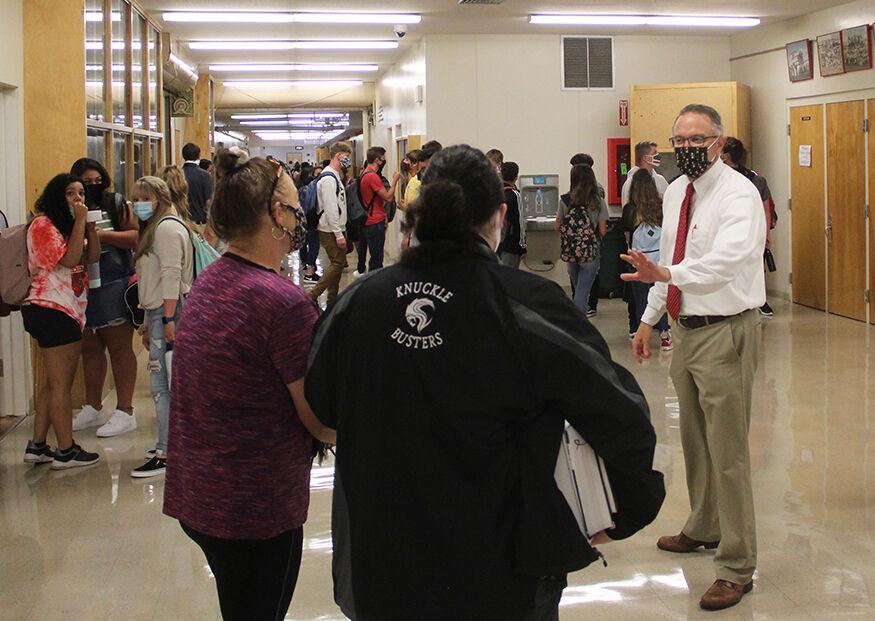 Students of Weiser High School walk to class on Thursday morning, their first day back in school since March.

For the first time since March, students of Weiser School District walked the halls and returned to classrooms.

But Thursday’s first day of school in Weiser was unlike any before. On Aug. 11, Weiser School District announced that students would be returning to school in a hybrid model.

This hybrid model split the student body in half, having half of the students in class half the time and the other students learning at home. Then students will switch places later in the week.

“The decision to begin school this year using Level 2 Delivery was not taken lightly and not without controversy,” reads a letter from Weiser Superintendent Wade Wilson. “We fully understand the impact such a decision will have for many families in our community. We also understand the varying positions people have based on their individual views and circumstances. Although we know that it is impossible to bring these positions together, we remain committed to objectively considering all information that is at our disposal, knowing that our decisions will impact our students, staff, and community.”

Before school started on Thursday, members of the Weiser High School staff lined the hallways with masks in hand for students to wear if they did not have their own face covering.

With face coverings required while in the hallways, Weiser High School Principal Dave Davies said the students have embraced wearing them, knowing that it’s something that might help keep the school open.

Southwest District Health has had Washington County (along with Canyon, Owyhee and Payette counties) listed in the “red” alert level, indicating a high risk of COVID-19 spread, since early August.

The letter from Superintendent Wade Wilson can be found in both English and Spanish at weiserschools.org.