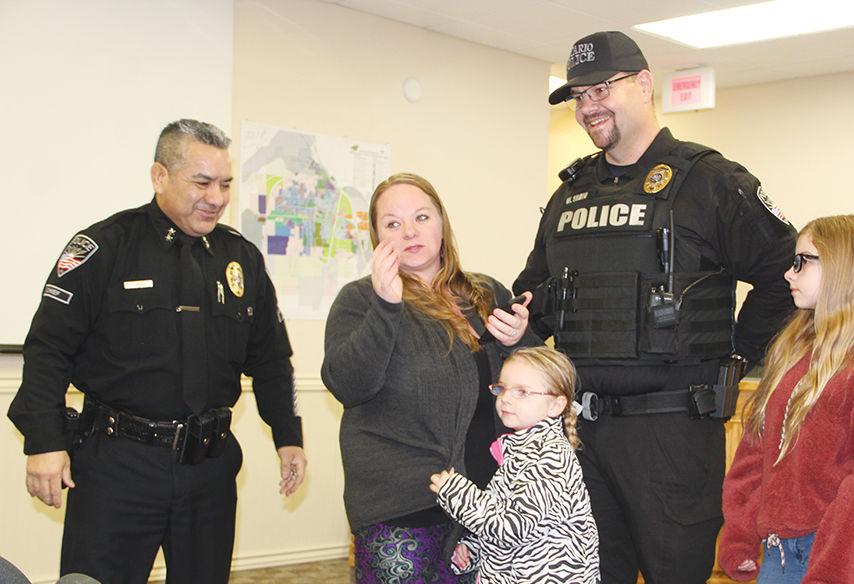 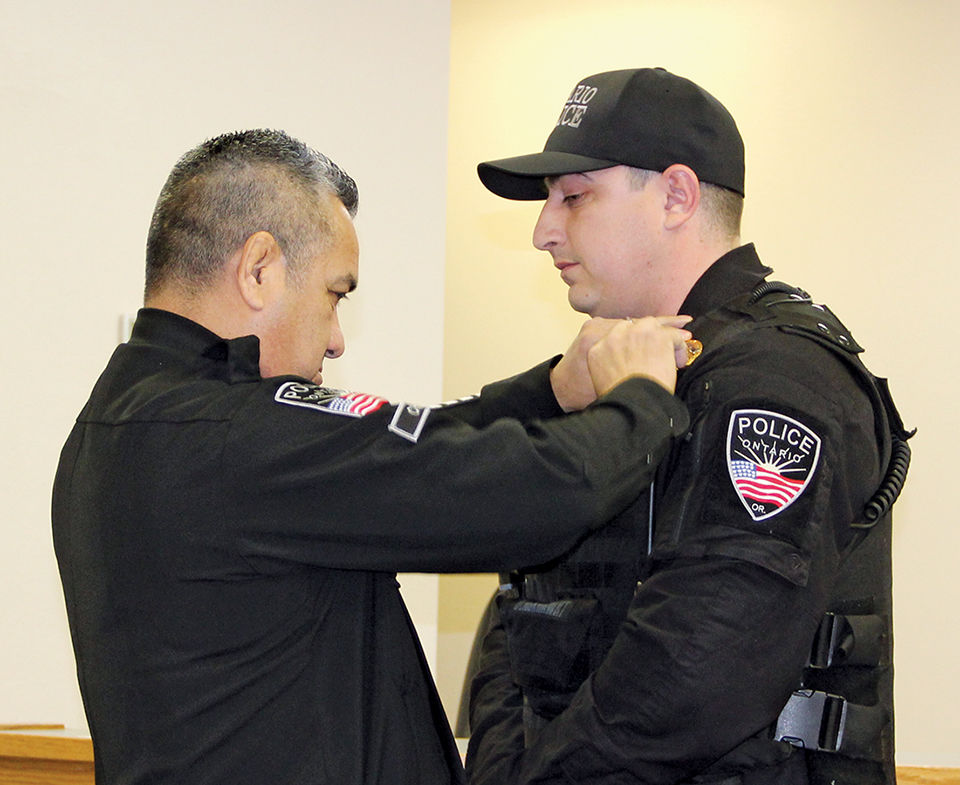 Ontario Police Chief Steven Romero does the honors of affixing a badge on the uniform of Officer Adam Clinton, a new full-time police officer.

Ontario Police Chief Steven Romero does the honors of affixing a badge on the uniform of Officer Adam Clinton, a new full-time police officer.

ONTARIO — Wednesday morning saw the official introduction of the two newest members of the Ontario Police Department being sworn in and preparing for duty. These include one reserve officer and one full-time police officer.

Ontario Police Chief Steven Romero opened the ceremony by presenting a startling statistic when he said that in 2019 there were “more mass shootings than there are days in the year” in the nation.

Romero stressed the need for having these new officers join the force as the activities that the Ontario Police Department has to perform on a daily basis are so varied. In a follow-up email on Wednesday afternoon, Romero stated, “This is no secret, a study was done back in 2014 by the ICMA (International City/County Management Association) that identified organizational deficiencies that to this date still have not been corrected.

“My early findings lead me to believe that ICMA may have proposed an optimal level that my findings may not totally agree with. Meaning, we need more cops and organizational tiers, but not as many as they recommended.”

Romero told attendees at Wednesday’s ceremony that this moment in Ontario’s history is important as it is the only time that the city has had 24 police officers on staff at one time.

Now PLEASE, city counselors, don't mess this up! The person that you were listening to about this and that was not in their right mind and should stay out of our business. [sneaky][pirate][alien]