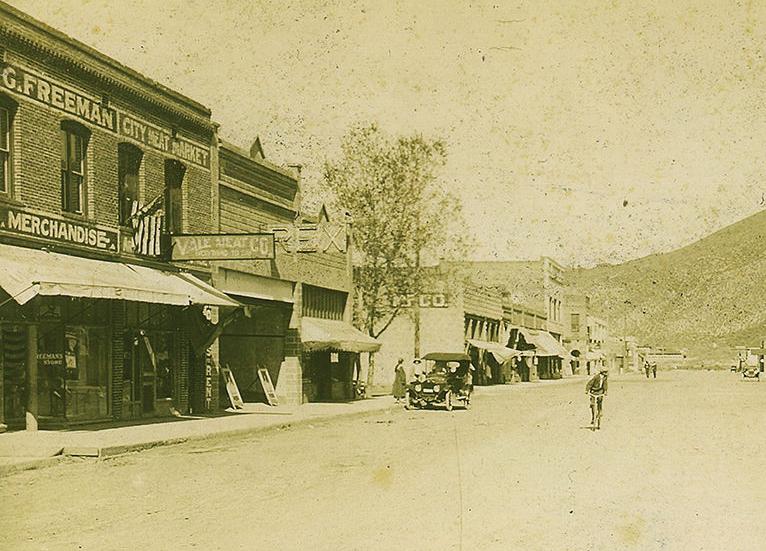 The Rex Theater in Vale had sandwich boards on the sidewalk out front letting people know what was playing in the theater at the time. This photo was taken from the center of A Street, looking east, in 1923. 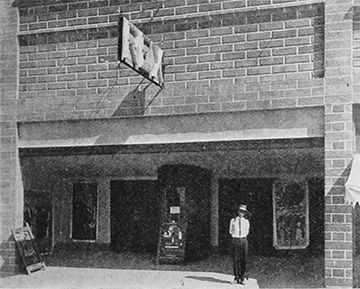 J.B. Quisenberry stands outside the Rex Theater during the first year it was open. This photo appeared in the Aug. 28, 1915, edition of Moving Picture World magazine. Quisenberry had been a subscriber to the magazine for several years and awaited each number with interest, the caption said. 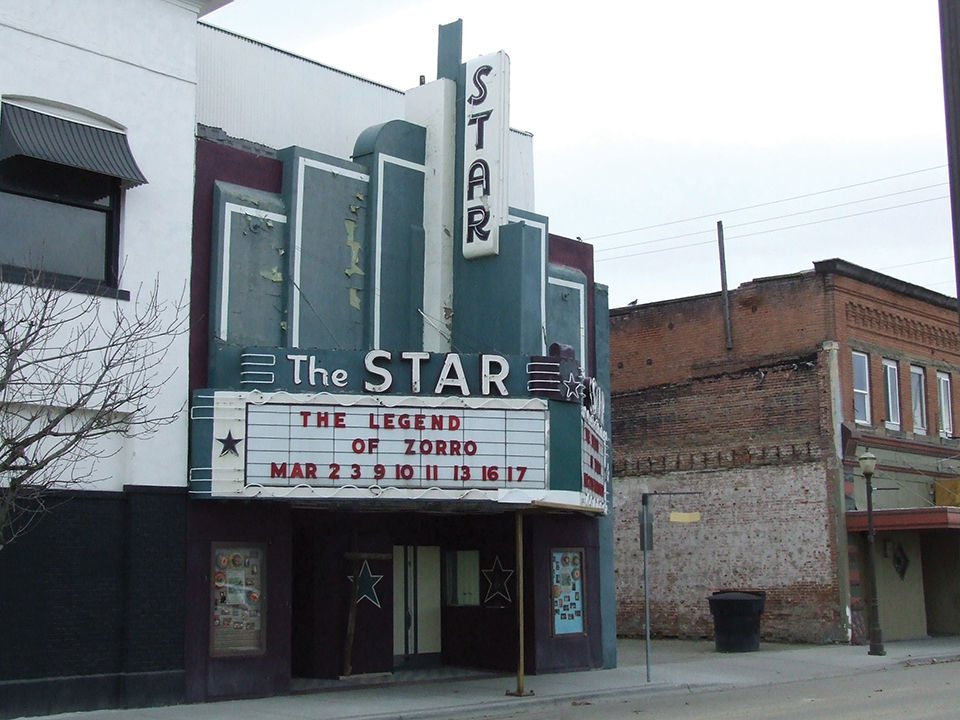 The Rex Theater in Vale had sandwich boards on the sidewalk out front letting people know what was playing in the theater at the time. This photo was taken from the center of A Street, looking east, in 1923.

J.B. Quisenberry stands outside the Rex Theater during the first year it was open. This photo appeared in the Aug. 28, 1915, edition of Moving Picture World magazine. Quisenberry had been a subscriber to the magazine for several years and awaited each number with interest, the caption said.

Ah, those magnificent old theaters that have mostly disappeared from our communities’ historic downtowns.

Vale still has one, though, as does Weiser.

In Vale, a 400-seat theater with a balcony and orchestra pit opened in 1914, according to an article published in the Malheur Enterprise in September of that year.

The new theater, which cost $8,000 and was originally owned by two men, Hadley and Cooper, was first known as the Vale Theater, but soon the name was changed to the Rex Theater.

The first performance in Vale’s new theater was indeed live, but it wasn’t vaudeville. The Vale High School football team staged a play, “In Dixie Land,” to raise money for uniforms.

Vale residents didn’t have to wait long before they were able to view films as well. In 1915 the theater added an expensive reel-to-reel machine — a Power’s Cameragraph No. 6A, according to the Aug. 28, 1915, issue of Moving Picture World magazine.

Some 33 miles away in Weiser, meanwhile, developments at that community’s Star Theater were no less ambitious. At its original location, which, according to Weiser history book author Betty Derig began operating no later than 1910, the Star was by that year already screening films that were accompanied by songs played from one of those newfangled phonographs being manufactured by a company owned by Thomas Edison. Films for those early screenings at the Star “would be five or six reels of unrelated ‘shorts,’ each taking about eight minutes to run,” writes Derig in her book, “Weiser The Way It Was!”

Better viewing fare was soon offered as the film industry quickly evolved. Derig notes that films with such big-name actors as Fatty Arbuckle and Mary Pickford were screened in Weiser.

Derig notes also that A.C. Gordon, who purchased the Star in December of 1916, owned two other theaters in Weiser — the Wheaten and the shorter-lived Colonial.

Many of Derig’s published references to the Star pertain to that business before it was relocated to its permanent home in a newly built theater building. Lisa Meyer, board president for the theater’s current owners, melodrama troupe The Illustrious Onionskin Players, says the troupe recognizes 1917 as the building’s construction year.

Although the newly built Star was a premium venue complete with balcony seating, backstage dressing rooms and a formidable coal-fired furnace, its prestige didn’t immediately eclipse that of the Wheaten, which opened in 1906 and was deemed a suitable playhouse for productions on the nation’s traveling circuit.

“In 1909, ‘Babes in Toyland,’ a Victor Herbert musical, was proclaimed the extravaganza of the year” and included “Gertrude Lawrence and the entire New York cast,” Derig writes. Another time the theater hosted a group from the New York Metropolitan Opera Company.

“Programs like these were a treat for theater-goers and for years special excursion trains brought crowds from Payette, Ontario and other neighboring towns,” the Weiser historian relates.

The traveling shows’ glorious era was but a distant memory, however, by the time the Wheaten saw its final curtain. Like so many historic buildings, its end came in a spectacle of flames. On May 21, 1937, it was a regional news story.

As reported over the United Press newswire with a Weiser dateline, “Firemen from three towns battled flames 300-feet high which destroyed the $75,000 Wheaton theatre here early today. Spectators said the flames were visible for 15 miles.”

The Wheaten was gone, but Weiser’s Star Theater lived on. Gordon family ownership continued into a second generation, and eventually the historic theater was purchased by one of the Weiser community’s most beloved couples, Dr. Edward and Madeline Wheeler.

In 2000, the Onionskins purchased the Star from the Wheelers. One of the melodrama troupe’s first major undertakings was to replace the coal-fired furnace with a modern heating system. The Onionskins’ Meyer says the group wants to restore the theater’s marquee, which dates to a major remodeling carried out in 1939-40.

The Star is on the National Register of Historic Places, but Vale’s Rex Theater is not. In a 2014 interview with The Argus Observer, Rex Theater co-owner Sandijean Fuson told the newspaper that much of the theater’s seating had been replaced in recent years with seats that were padded, wider, and more comfortable than the original seats.

Meyer echoed Fuson’s observation that theater seats installed 100 years ago were considerably smaller than the seats of today. The Star is still equipped with its old seats, however.

The first performance in the Rex Theater was “In Dixie Land” performed by high school students. It was a fundraising play put on to help the Vale High School football team get uniforms.