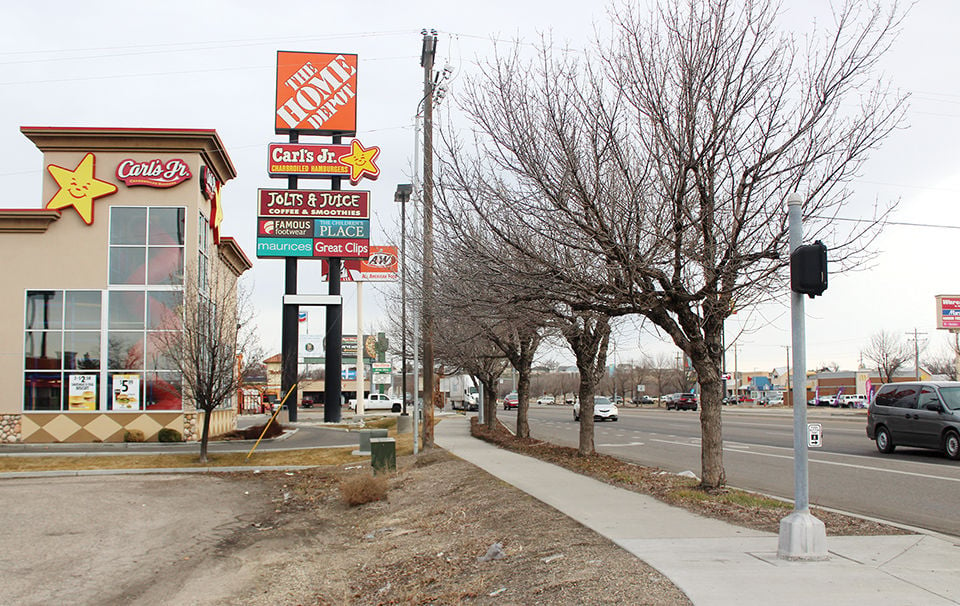 This photo shows East Idaho Avenue, east of the Interstate 84 interchange. Today is the deadline for comment regarding future improvement of the streetscape in that area. 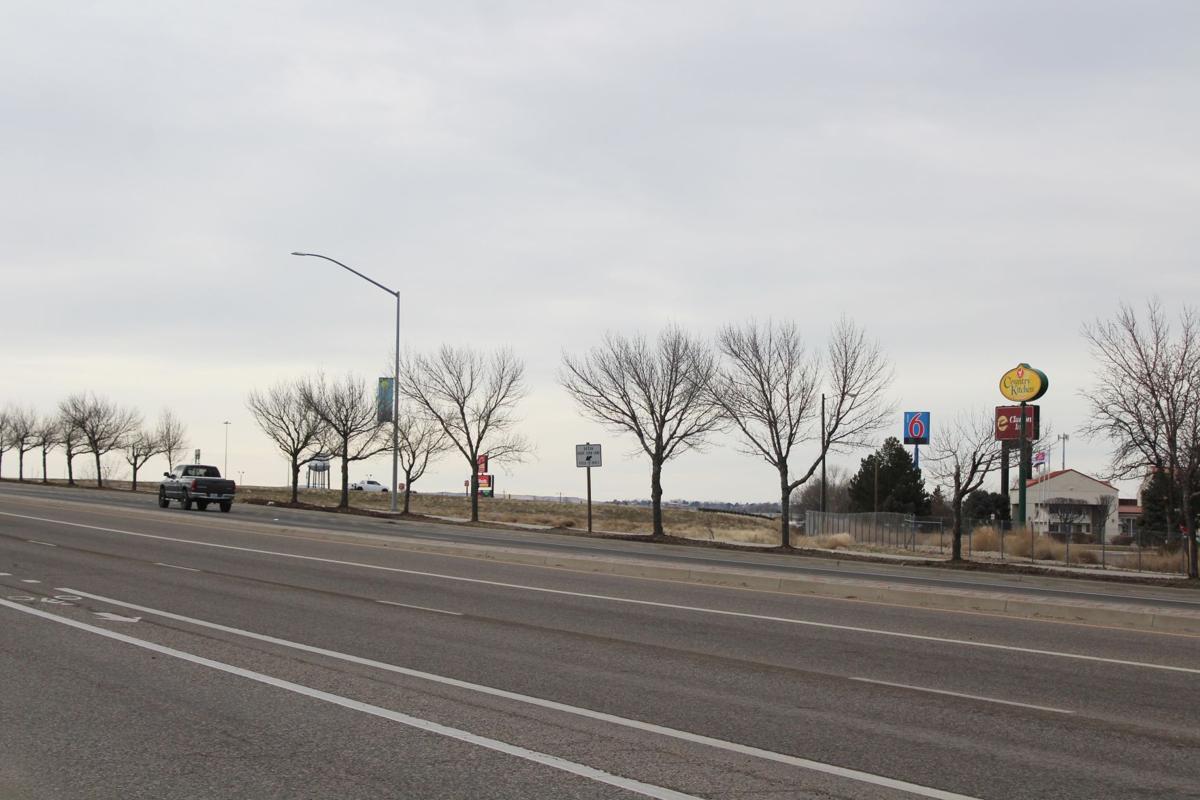 This photo shows more of the trees on the north side of the road that will be removed for this phase of the project.

This photo shows East Idaho Avenue, east of the Interstate 84 interchange. Today is the deadline for comment regarding future improvement of the streetscape in that area.

This photo shows more of the trees on the north side of the road that will be removed for this phase of the project.

ONTARIO — This month, crews from Jacobs – the City of Ontario’s public works department – and a billboard company based out of The Dalles will pick back up on the East Idaho Avenue Tree Planter Project. For this phase, they will be removing 21 trees from the north side of the road east of the Interstate 84 overpass, and replacing them with 10 that are more spaced out.

But work can start until the trees come down, and it is expected that will happen on March 18. It was anticipated this leg of the tree planter project would have started a couple weeks back, however winter storms that caused several interstate closures in eastern Oregon from snow coming out of the Blue Mountains delayed the start.

The trees were first planted 20 years ago, and need to be removed for several reasons. These include overcrowding, disease and borer beetle infestation. The trees planted this year will be non-fruiting varieties of Crimson Pear, which will not grow and bloom out like the previous trees, according to Cliff Leeper, public works director for the City of Ontario.

As with previous phases of the project, Meadow Outdoor Advertising will pick up much of the overall tab.

“The only cost [to the City of Ontario] is for materials, including grates, rock and irrigation lines,” Leeper said, adding that Jacobs was donating any labor not done by the billboard company.

Workers with the billboard company will cut the trees down and grind the stumps.

Then Jacobs crews will step in.

“We will go blockade lanes next to where we’re working and take the top cover off and do exactly what we did last April,” Leeper said.

This includes using heavy equipment to scrape soil from between the sidewalk and curb, installing a slow-drip irrigation system, adding filter fabric and crushed rocks and installing grates.

The grates have been manufactured specifically for this project, he said.

Betsy Roberts, engineer for the City of Ontario, said Meadow Outdoor Advertising is paying for the removal of the trees, purchasing the new trees and has even committed to annual maintenance, including pruning.

As for the remaining trees on the south side of East Idaho Avenue, east of the I-84 interchange, work will be on pause there for a while, according to Roberts.

According to traffic studies that were part of a Transportation System Plan Amendment, there might be a future need to widen the roadway further south on the existing Oregon Department of Transportation right-of-way, she said.

“The anticipated growth in that area would require additional left and right turn lanes,” Roberts said.

“The last thing we want to do is install [new trees], then have to remove them two or three years later,” he said.

However, Roberts added, if the forecast shows the need to widen the road is far out in the distant future, there is the possibility that ODOT would “work with us on an interim solution.”

For now, the trees on the south side will stay, even though they are at the end of their span.

“Meadows has been nothing but an excellent partner with the city,” Leeper said. “It’s a win-win for everybody.”

How a billboard company got involved

In April of 2018, John Lehman, operations manager and lease representative for The Dalles-based billboard company explained to The Argus Observer how Meadow Outdoor Advertising got involved with the project in Ontario.

He said the company serves markets around the Pacific Northwest, including Washington, Idaho and Oregon. Ontario is one of the sign company’s local markets.

The project “started out as interest in trimming back the trees to see our signs better,” Lehman said, thereby helping get traffic into local businesses.

So the company and city mapped out a plan to “take out trees at our cost,” he said.

To date, the sign company has invested about $25,000 into the community. That work included some done in April of 2018, in which the company cut down trees and replaced them with 33 columnar maple trees on each side of East Idaho Avenue west of the I-84 interchange. In an earlier portion of the project, the sign company put in stamped concrete in front of Taco Time. It was estimated in 2018 that the project needed about $64,000 to be complete, and officials said future work will continue in stages, pending on availability of funds.

The blooms were the best part of those trees. The little Portland on the Snake River is letting a big billboard company pay to remove them yet there wasn't one mention of why a big advertising company would do that for the broke little city.

Curtis, it says that the company doing this for the city is the same one that placed the billboards along that way.

There is actually an entire sidebar inside this article about how the company got involved with the project. When you are reading the story from a computer it is sitting off on the left hand side at the top; from a cellphone, it appears below the story. Thank you for your interest!

While it's sad about the trees, and they are a really nice touch over there, they need stock that not only resists diseases and pests better, they need to keep them taller and well pruned...you are going to snag a branch or bonk your head on a bike (and don't tell me to use the bike lane, I'm seen semis roll over it as I was beside it). And it's bad enough riding into Fruitland and Payette on your bike anyway, there is no place to park and lock anywhere on East Idaho other than Walmart and it's simply not that safe.