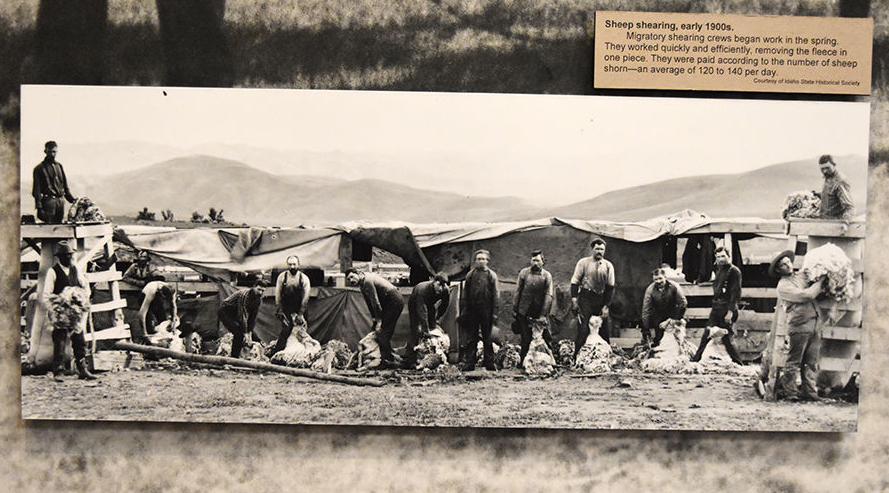 This image of sheep shearing crew was part of a display on Basque history at Four Rivers Cultural Center in Ontario, in February. 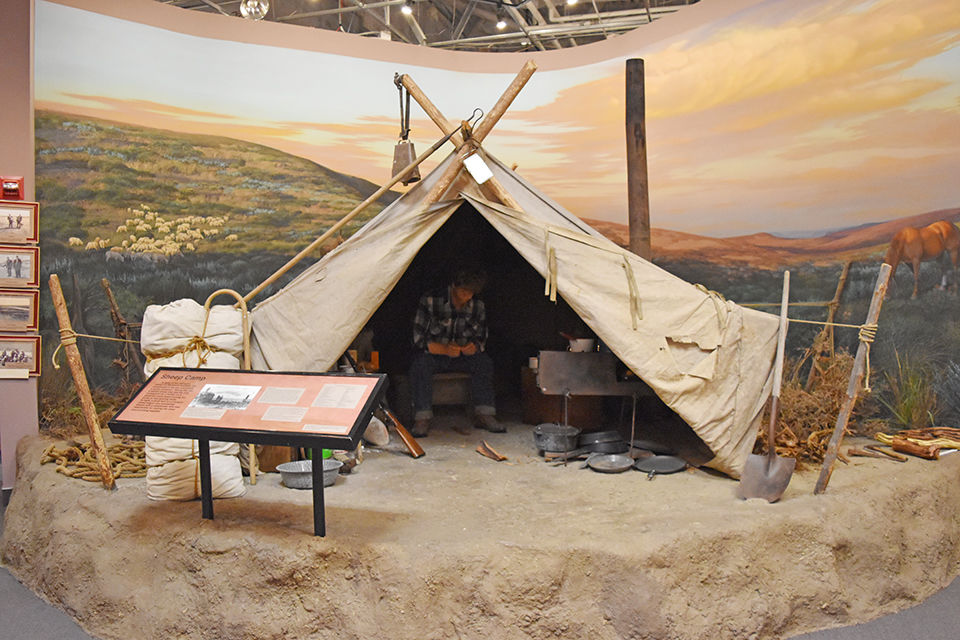 This photo shows a display of a sheepherder’s hut at Four Rivers Cultural Center.

This image of sheep shearing crew was part of a display on Basque history at Four Rivers Cultural Center in Ontario, in February.

This photo shows a display of a sheepherder’s hut at Four Rivers Cultural Center.

For decades in the Western United States, it is possible that no other immigrants were so closely associated to the sheep business than the Basques, although in eastern Oregon those of Scottish and Irish descent were also known for their herding ways.

Making their way to the Western states after arriving in America with hopes of striking gold during the gold rush in California, some Basques soon discovered more money could be made by providing the mining camps with mutton and wool, as beef was scarce at the time, according to authors Mike Hanley and Ellis Lucia, in their book “Owyhee Trail; The West’s Forgotten Trail.”

In Jordan Valley, specifically, Basque nationalists were known for their sheepherding capabilities, not necessarily because it was the way of life at their home country, but because the occupation required little knowledge of English and an opportunity to make a living.

“The men who became sheepherders did not do so because they had experience in their country; they responded to a need in the labor market,” Lisa Corcostegui, a local Basque who teaches her culture, said. “Because of this, most of the first wave of Basques who settled in the area got their start in the sheep industry as herders.”

Basques who first began arriving to the area, as Corcostegui said, found jobs as herders sometime in the late 1800s. Those men, would often first establish themselves in the area, and then a brother or a cousin would later arrive.

“One guy would hear about the opportunity and then come and see he was able to buy sheep,” Corcostegui said. “It wasn’t unusual for most of them to write back to their relatives and say, ‘Hey, this is a good deal. Why not come and we can work together?’”

A lot of it, she itterrated, was by word of mouth, and because it wasn’t necessary to own the land, Basque men would come and roam the range with their herd.

“You could do rather well, easily,” she added.

After establishing a way to make a living, then the women and children often followed.

This initial wave happened between 1885 to 1930, where many flocked to the sheep industry due to the high demand. Most made a good living because the price of wool was high, according to an excerpt from Hidden in Plain Sight: The Basques, an exhibit featured at the Four Rivers Cultural Center and created by the Basque Museum and Cultural Center in Boise.

The shipping industry was especially booming with the ending of a second world war, where the United States saw a growth in population and consumption of goods. In turn, landowners would extend contracts to Basques by offering to pay their airfare to make the trip to America. This was the case so long as the herder would work for the same person for a period of three to five years, according to an excerpt from the exhibit, adding that labor would be partly used as a means to pay the costs for any tools or clothes associated with completing the job for the landowner.

What was once a booming industry, however, soon began to dwindle.

Attributed to a number of conditions, the sheep industry began to see a decrease, and the United States saw the last significant wave of Basques immigrants.

In some ways, a change in consumer habits, as well as the Taylor Grazing Act of 1934, affected the sheep industry, according to an excerpt from the exhibit.

Signed by President Roosevelt, the act sought to, “stop injury to the public grazing land by preventing overgrazing and soil deterioration; to provide for their orderly use, improvement, and development; to stabilize the livestock industry dependent upon the public range.”

As a result, many shepherds were impacted as they were now required to purchase the federal land they were working on for grazing purposes.

“At the peak of this era, there were some two-hundred thousand sheep ringing Jordan Valley,” wrote Hanley and Ellis Lucia, in their book.

Today, however, the National Agricultural Statistic Service, accounted for 170,000 lambs and sheep throughout all of Oregon, in its published 2017 livestock inventory.

Want to hear the lives of two men who once helped out with sheepherding?

Life of a sheep herder

• Single basque males who most commonly migrated to the United State were thought to be the ideal worker for sheepherding.

• A sheepherders life was a lonely one, where the only companion for a shephard was a sheep dog.

• Cattle herding was more significant in Basque culture and economy, but Basques have been more recognized for sheep herding, according to the Hidden in Plain Sight: The Basques exhibit.

• In basque country, sheep herding goes back nearly 5,000 years, according to the Hidden in Plain Sight: The Basques exhibit.

• Unlike in the United States, sheepherding took place closer to the herder’s home in Basque Country, according to the Hidden in Plain Sight: The Basques exhibit.

• Sheep was more commonly used for cheese with sheep’s milk in Basque Country, while sheep in the United States grazed the lands and were ultimately used for meat and wool, according to the Hidden in Plain Sight: The Basques exhibit.

• Basques did not become professional sheep herders until they migrated to the American west, according to Lisa Corcostegui.