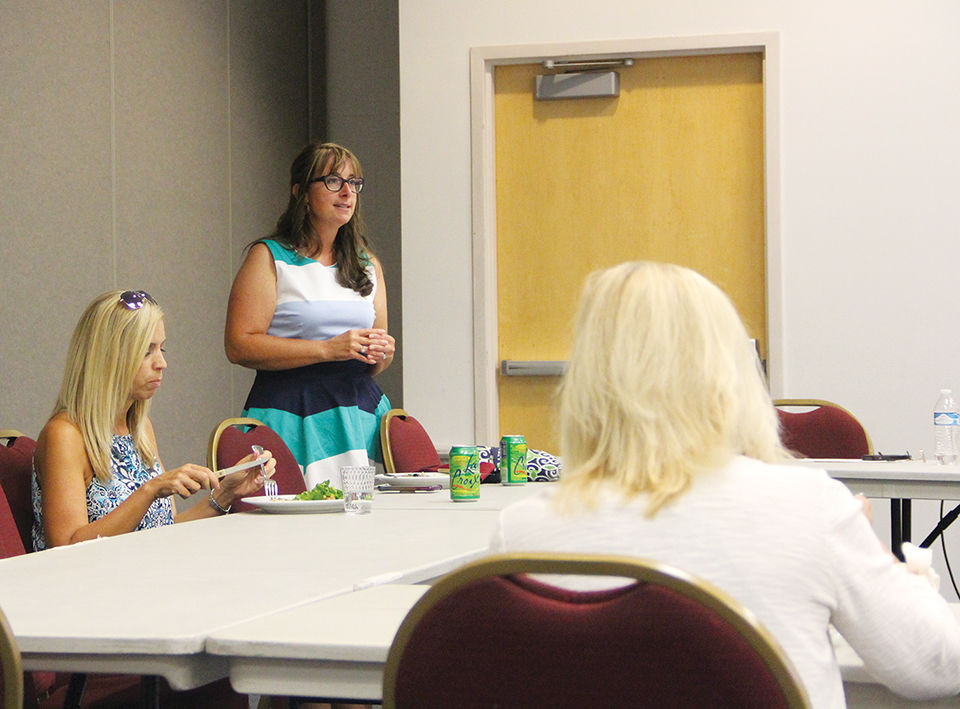 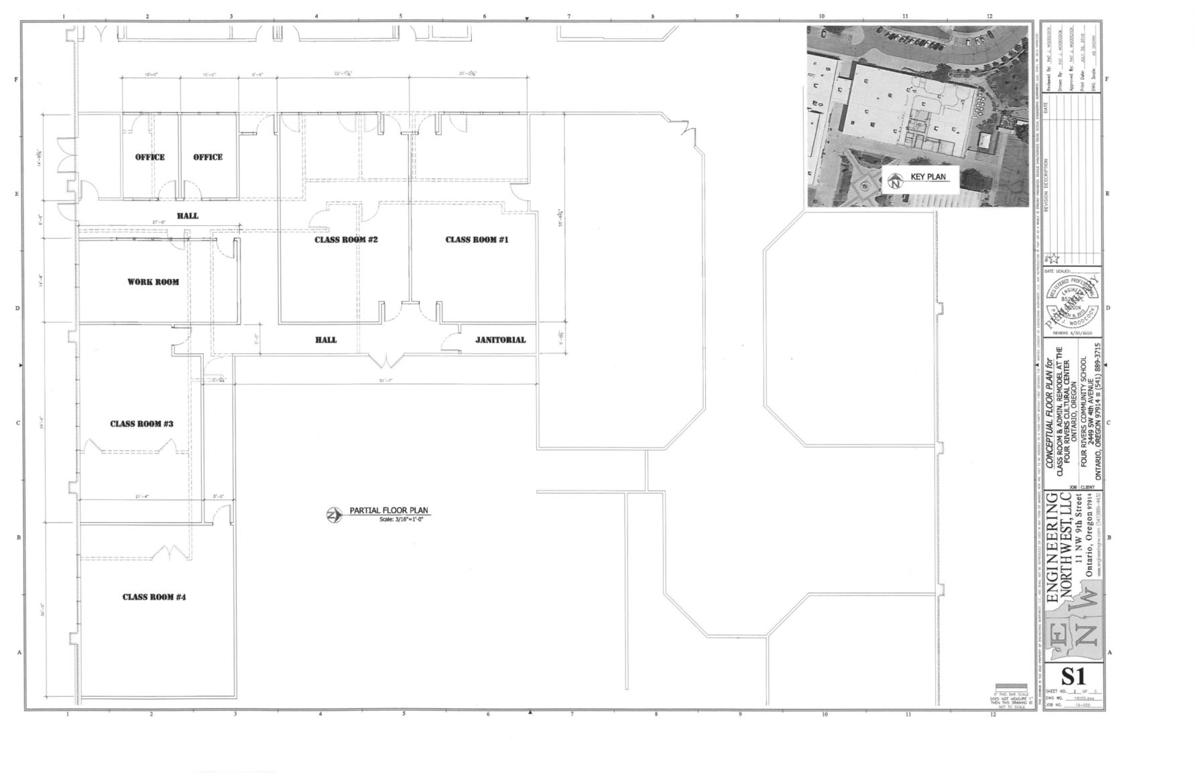 The current mock up of the retrofitting at Four Rivers Cultural Center for Four Rivers Senior Prep.

The current mock up of the retrofitting at Four Rivers Cultural Center for Four Rivers Senior Prep.

ONTARIO — Housing the high-schoolers at Four Rivers Cultural Center was supposed to be a temporary fix for Four Rivers Community School. But after several community meetings and a focus group with the students, it looks like Four Rivers Senior Prep has grown to love its spot.

The retrofit of the Senior Prep space at the Cultural Center will expand the school’s space into six classrooms, new offices, bigger storage space and a proper commons space. The renovation will also add several quality of life updates to the space, including reconfiguring the walls so that every classroom is accessible by its own door. Every classroom will also have its own window, either to the outside or inside of the building, which was met with light applause from some students in attendance.

“The overall effect is going to turn the physical environment here into one that is more like a school,” he said.

The southern hallway is already having its carpet taken out and will be replaced with polished concrete, which will serve as a cafeteria. Robbins and Anderson agreed that that space was the most urgent at the time.

Safety was also something brought up in the meeting.

“It’ll be safer, too,” Anderson said. “As it is now, if there’s a lockdown situation, or there’s a fire, it’s difficult to get into that lockdown configuration or to get out.”

The 2019-20 school year will feature the first senior class of Four Rivers Senior Prep and Robbins said that one thing that the administration has been keeping a keen eye on is making sure the high school students are able to work in an environment that they feel is up to par with their facilities on Southwest Fourth Avenue.

Over the summer, the Four Rivers Community School administration held three community meetings and one focus group with students. According to Robbins, they were somewhat surprised to find out that the Cultural Center’s proximity to Treasure Valley Community College, as well as over community events that are hosted in the space meant that the students wanted to stay in that space.

“We’ve learned with time that Four Rivers Cultural Center is the best space for the kids,” Robbins said. “The students are here and they are now involved in the community. ... They’re becoming community members in their teenage years. You can’t really do that anywhere else.”

With that in mind, Robbins said there were really three options that the Community School had when it came to updating their Senior Prep space: retrofitting inside the Cultural Center; leasing a building in a nearby property; or purchasing or having nearby land donated in order to build a new facility.

“Every option had to accommodate having that proximity [to TVCC] in mind,” Robbins said. “Because having TVCC in our backyard is a treasure.”

The next step for the renovation will be the full completion of the strategic plan, which will include finalizing the complete description of the project and mapping out the financing of it. They are hoping that the plan will be mapped out by the beginning of the school year.

Anderson said he thinks there’s a good chance that the retrofitting will be fully paid for with grant money.

Four Rivers Senior Prep is the name for the high school of Four Rivers Community School. Its facilities are located at Four Rivers Cultural Center.