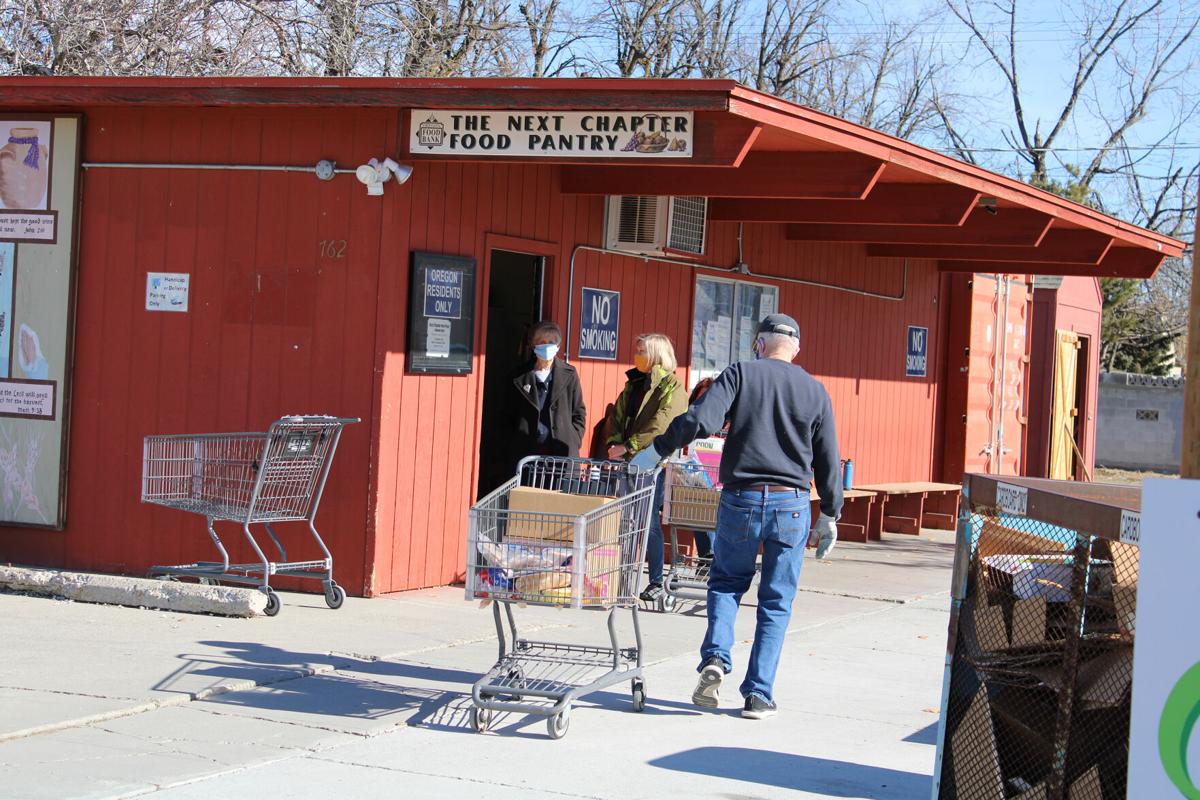 Volunteers help take food to cars waiting curbside at the Next Chapter Food Pantry in Ontario in February. 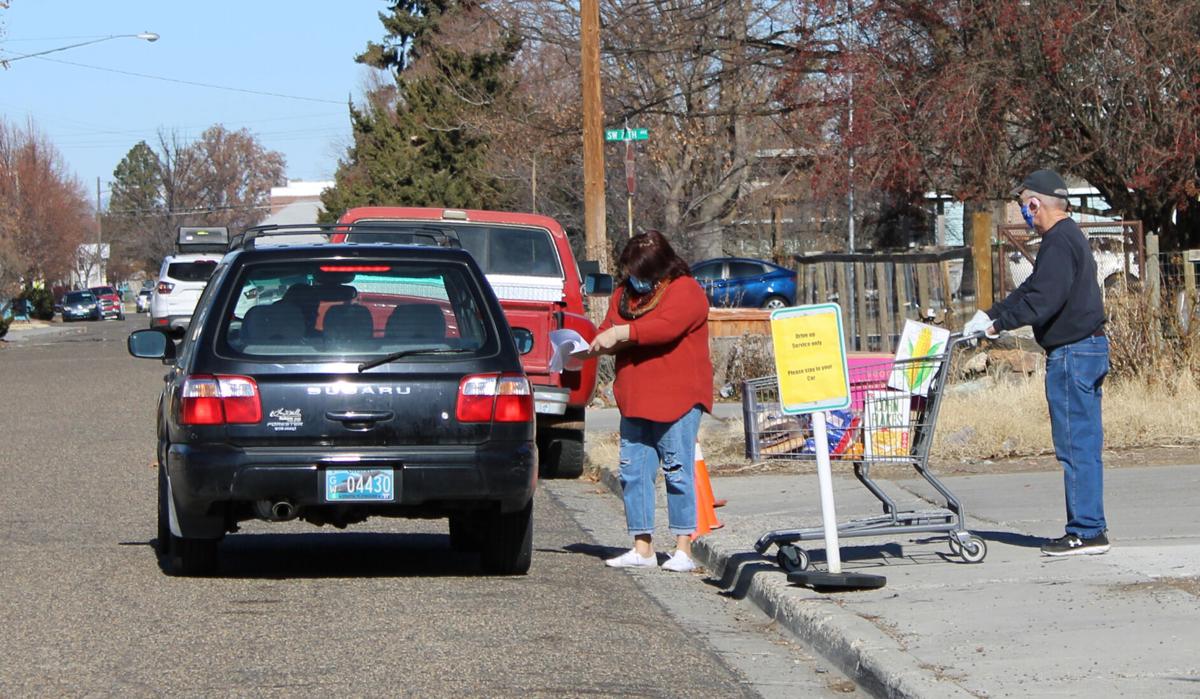 As customers can't enter the pantry at this time, food must be delivered to cars. 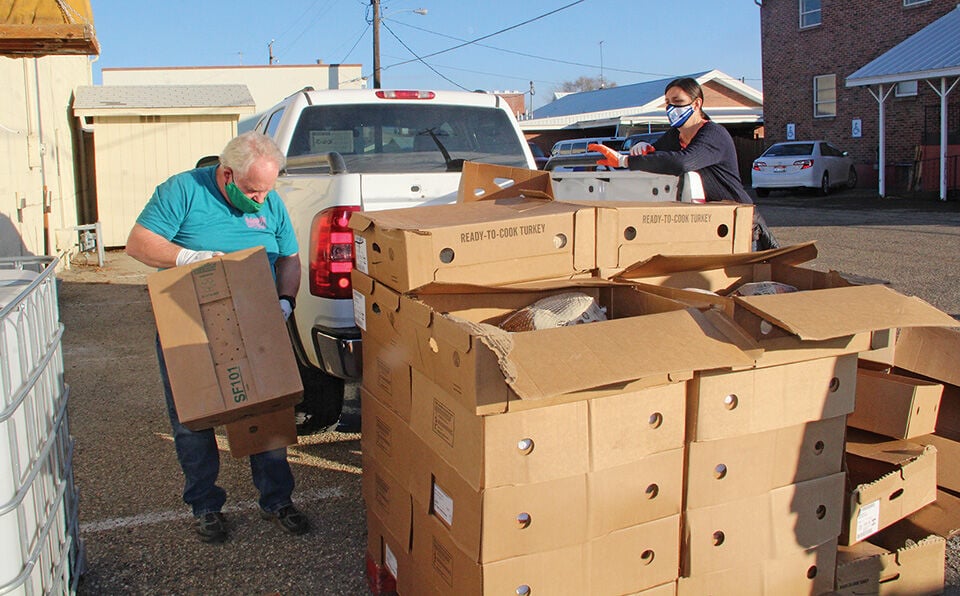 Nyssa Mayor Pat Oliver is seen here with Emily Johnson as they unload turkeys and break down boxes in November of 2020 at the Nyssa Food Pantry during a distribution of Thanksgiving meals. 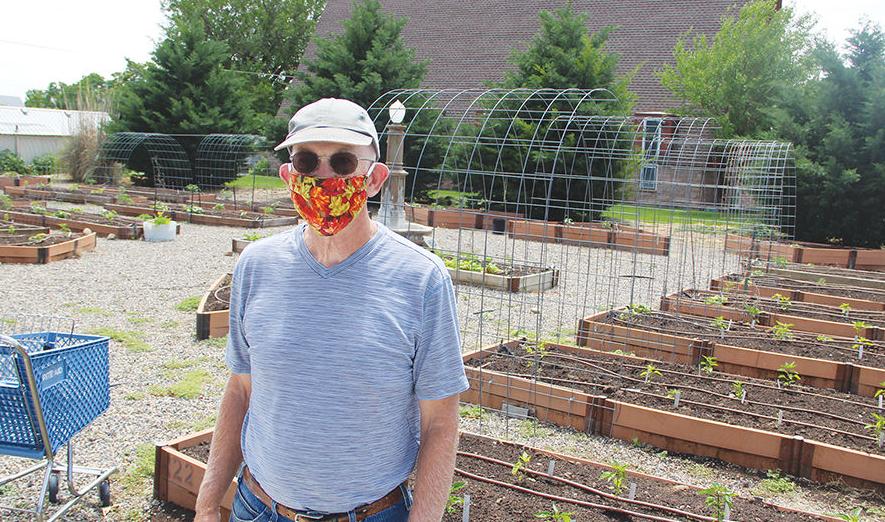 John Armstrong, a volunteer, stands next to the Next Chapter Garden, which provides fresh food for the Food Pantry in June of 2020.

Volunteers help take food to cars waiting curbside at the Next Chapter Food Pantry in Ontario in February.

As customers can't enter the pantry at this time, food must be delivered to cars.

Nyssa Mayor Pat Oliver is seen here with Emily Johnson as they unload turkeys and break down boxes in November of 2020 at the Nyssa Food Pantry during a distribution of Thanksgiving meals.

John Armstrong, a volunteer, stands next to the Next Chapter Garden, which provides fresh food for the Food Pantry in June of 2020.

Just about the time the food supplies get low, donations start coming to the pantry and supplies build back up, she said.

If there is one thing that Oliver wishes for, it is that people would be able to go through the pantry in person again so they can pick out the food they want or need, shopping as they would in a regular grocery store. With the pandemic, however, the boxes of groceries are prepared ahead of time with a uniform set products and delivered out to the vehicles when people drive up to the pantries.

“People bring back food they haven’t used,” Oliver said, noting it is food they would not have chosen for themselves.

Also, more volunteers are needed to help at the pantry, Oliver said. It takes more people to run it as a drive-thru than when people were allowed inside to get their food. It takes people to fill the boxes, to greet the people as they drive up and to move the boxes, she said.

During the COVID-19 pandemic, a lot of new people have been utilizing the pantry, Oliver said. At the request of the Oregon Food Bank, the Nyssa pantry has been serving more than just people from the Nyssa and Adrian areas. It also has been providing food to people coming from other areas where other food pantries have had to close for a while, she said.

The Nyssa pantry is open Monday afternoons, starting at 4 p.m. and Thursday morning, starting at 10 a.m. As many as 20 to 30 people or more than that may show up on any given day, Oliver said.

The food pantry also provided Thanksgiving dinners in 2020 to people who might have gone without, and there were donations of turkey from around the community. The Nyssa Police Department delivered the dinners.

Dave Henderson, a volunteer at the Next Chapter Food Pantry in Ontario, agreed that having to deliver food boxes out to recipients at the street in their vehicles requires more volunteers. Some to fill boxes and others to take the boxes out to the recipients.

“We can always use more help,” he said.

At the food pantry next St. Matthew’s Episcopal Church, which is open to users on Tuesdays, food boxes are made up on Mondays, so there are two crews. Also, on Tuesday the pantry receives food shipments from the Oregon Food Bank, so it is a busy day, as volunteers give out food and also receive and restock the shelves for the food that will be given out.

“A big day over here is anything above 70 [recipients being served],” Henderson said.

It is not uncommon to have 60 to 70 go through line in the two hours the pantry has now been open, added. The pantry at the Christian Church was shut down for a while, he said.

“The process has become more intense,” according to Henderson.

More, younger volunteers could be used, he added.

“We’re all seniors,” Henderson said. “Most volunteers are retirees.”

The Oregon Food Bank, “has been tremendous in keeping us in food,” he said. A lot of the local churches provide donations and there also are all the individual donations.

During the summer months and into the fall before it freezes, the community food garden, next door to the pantry supplements fresh produce to food passes out.

“We try not to grow things not provided by local producers or other donations,” he said.