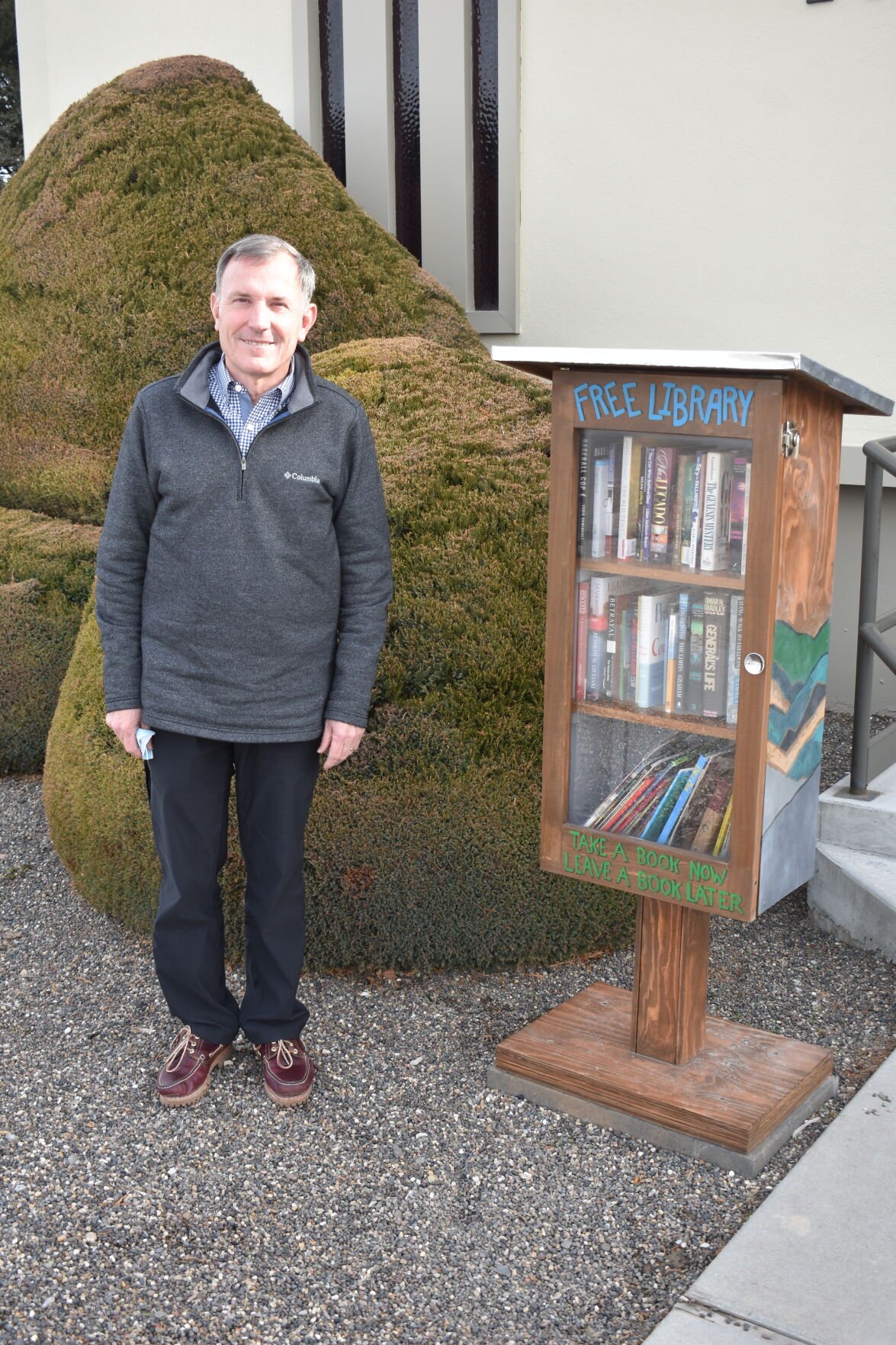 Pastor Tom Greco leads Ontario Community Church, as well as its efforts to help homeless people bring themselves out of homelessness. 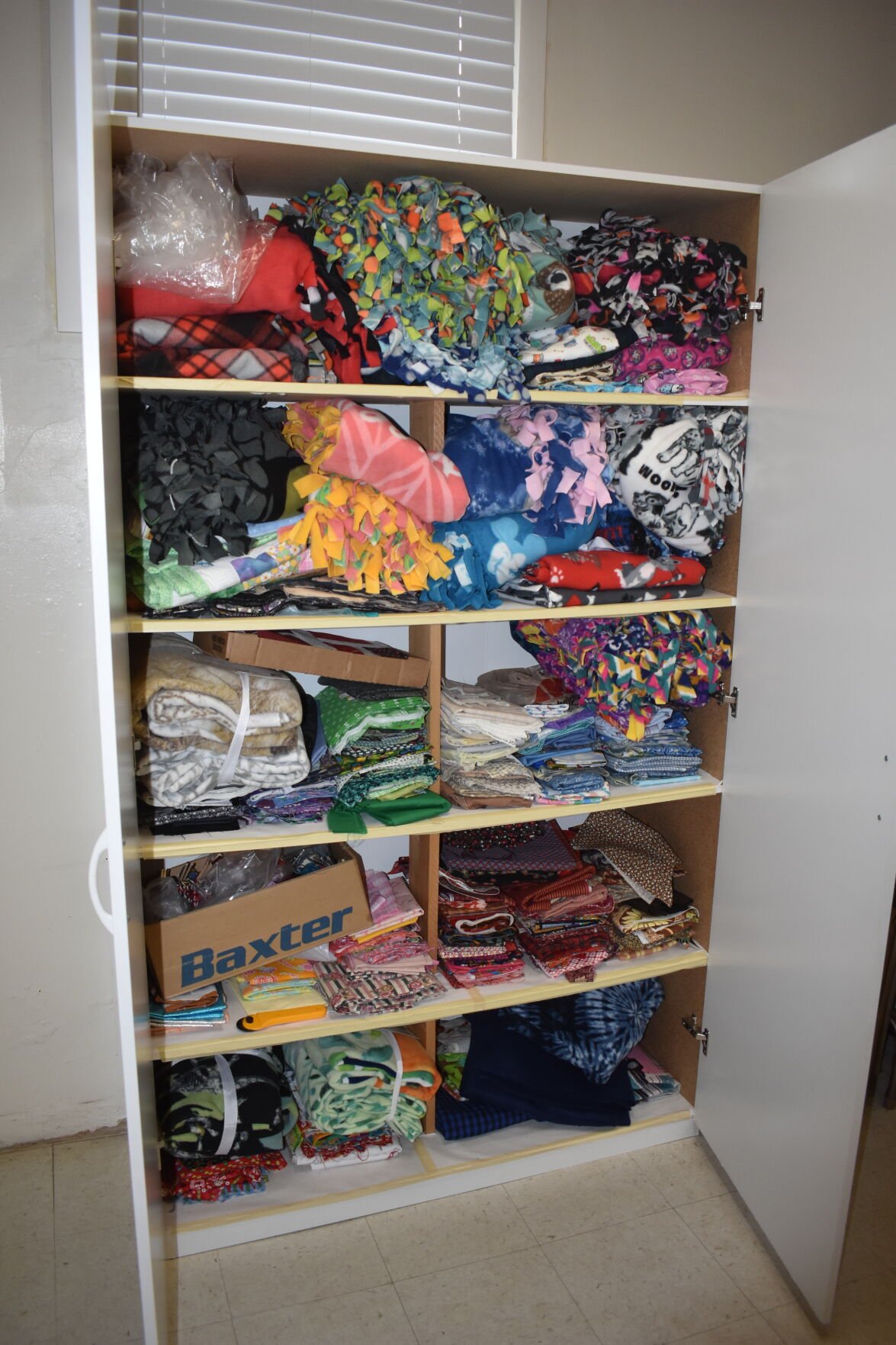 Greco’s wife, Gail, leads the church’s Women’s Ministry in its efforts to sew blankets for the homeless, with samples of their handiwork seen here as stored for future use. 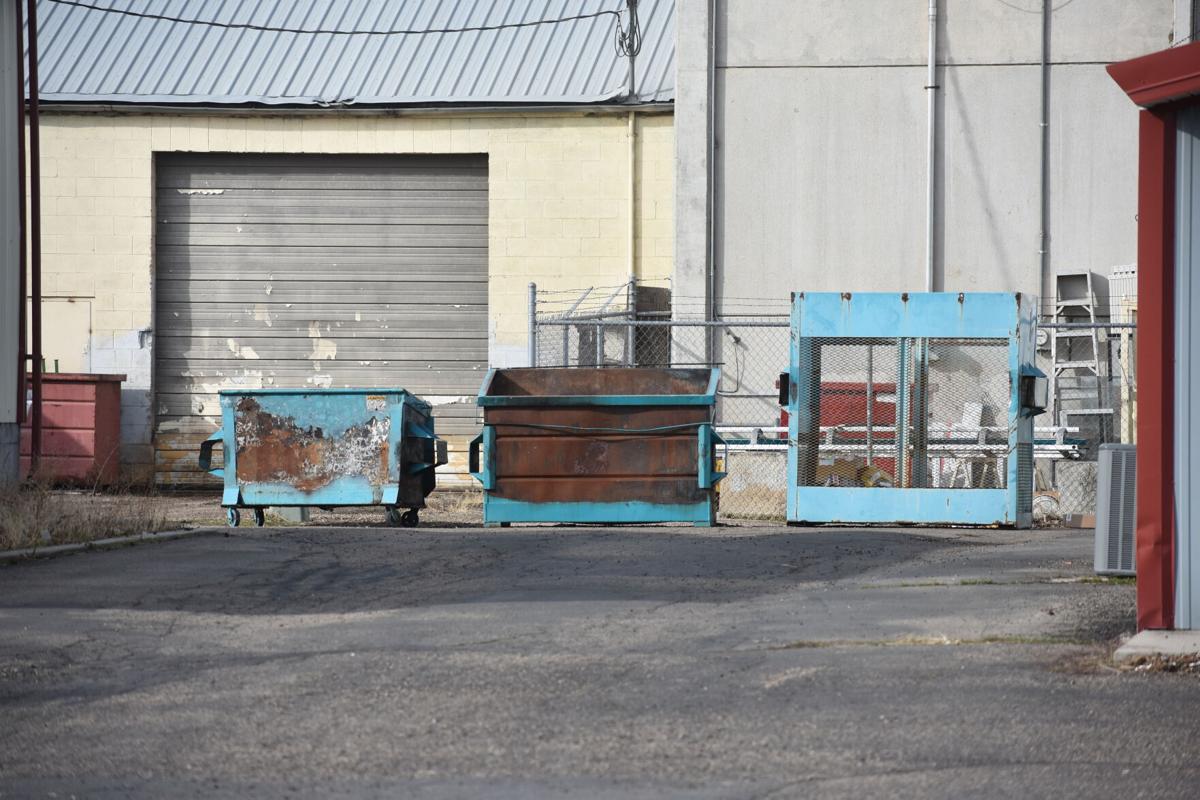 Greco shared a story about how giving a blanket to a homeless man living behind these dumpsters near downtown Ontario brought said homeless man to tears.

Pastor Tom Greco leads Ontario Community Church, as well as its efforts to help homeless people bring themselves out of homelessness.

Greco’s wife, Gail, leads the church’s Women’s Ministry in its efforts to sew blankets for the homeless, with samples of their handiwork seen here as stored for future use.

Greco shared a story about how giving a blanket to a homeless man living behind these dumpsters near downtown Ontario brought said homeless man to tears.

What is home? For many, it’s the four walls and the roof over your head, and not much else. But for others, it’s the feeling that you belong where you live.

For those who are looking for a bit of both, Ontario Community Church Pastor Tom Greco feels few callings as strong as helping them find it.

In an interview on Feb. 4, Greco shared how he first happened upon his calling in what he calls “beautiful” Ontario.

Greco has also served as the dean of students at Treasure Valley Community College, from 1996 to 1998.

“I became aware then of the homeless issue. In fact, Lions Park used to be the hangout for many of the homeless and the indigent in Ontario,” he observed. “When I was at TVCC, I used to bring sandwiches over and just sit down and talk with them and try to figure out how to help them, how to become friends with them and what we could do.”

After his time at the college, Greco signed on with the J.A. and Kathryn Albertson Foundation and moved to Eagle, where he stayed until 2017. Upon his return to Ontario, he met with City Manager Adam Brown to learn about how he could help solve the ongoing homelessness issue.

For Greco, his clearest understanding of the homeless issue came to him a year and a-half ago.

“I saw the plight, I saw people and I just decided I got to get involved. This is something I got to help our community figure out. I joined the homeless task force … they’re wonderful people and a wonderful leader in Barb [Higgenbotham of Community in Action], Adam Brown, our city manager, Pastor Tim Brewer [of Ontario Nazarene Church] and I partnered together.”

According to Greco, the task force has partnered with the Northwest Housing Authority of Milwaukie to turn the former Presbyterian Nursing and Senior Care Home to develop a 56-unit low-income housing complex. He said another project to build a low-income apartment complex is also in the works behind Home Depot and Walmart.

“Origins Faith Community with Pastor Tammy Vogt and James Vogt, they’ve been working with the tiny homes,” Greco added. “We got a gift from them and we’ve been involved in that. I’ve been involved in that in terms of getting people settled and … making sure those people have counseling . It’s [not just] giving them a place to stay, but helping them … raise up out of poverty and raise up out of homelessness.”

Having observed that populations are building up westward from Boise rather than eastward, Greco has also partnered with Bill Roscoe, director of the Boise Rescue Mission, whom he met during his time with the Albertson Foundation to bring services to homeless people here.

“We’re working with [the rescue mission] on developing possibly a, I call it a ‘four rivers’ rescue mission for lack of a better term. We haven’t made it official, there are no secret handshakes, there’s are no charters … We’re just in the process now of where would we go, what would that rescue mission look like, who would govern it, would we be our entity and Boise Rescue Mission help us, or … we give them a plot of ground or we give them a building and they just plant their flag? They’re very interested in helping us.”

Greco said the aim is to put in transitional housing, helping homeless people get services and become independent. He noted that for many homeless people, it’s a negative mindset which can keep them from bringing themselves out of it.

“I’m not an expert in it, but I just see part of it is self-esteem issues … family and generational [issues].”

He notes that for some, blind ambition towards independence can be an achilles’ heel if left unchecked.

“Somebody wants to be wild and free, and so that’s what they choose,” for example. “There’s also a mental illness component probably brought on by alcohol and drugs, or just by disease that has twisted these people around. There’s just a host of it.”

“They’re not worthless. They’re not lazy … We sometimes tend to put adjectives in front of them,” he observed. “But in the end they’re just like you and me, they’re sons and daughters of God. I think we ought to help them. That’s what my heart tells me.”

Greco observed another issue is a feeling of loneliness is possible for many across the region, as exacerbated by COVID-19.

In Sunday services, he has observed that his congregation is one that welcomes homeless individuals to sit with them, instead of sitting away from them. Before COVID-19, he observed that as many as 10 homeless people would join in their worship services on Sundays and members would prepare care packages for several of them. With benevolence funds, church members have helped with housing in other ways, like putting one individual up in a hotel room temporarily to help them.

As far as forging ahead in providing housing and services, Greco said his team is not stopping. The church supports the Next Chapter Food Pantry, for example.

“Many of those people that drive up to the food pantry to get food, they’re lonely, too.”

Having served as a retired U.S. Army infantry officer during Operation: Desert Storm, Greco said he learned about the meaning of home while serving in a part of Germany where locals at the time wished they wouldn’t. He said their tone changed after his troop erected a sign which described the area as beautiful. He said he keeps that sign in mind when he thinks about the community, saying he has observed Ontario to be a caring community, like his congregation.

As far as extending resources to those in need, Greco has observed that even a simple blanket can evoke strong feelings in some people.

“I remember one man … and he came in and asked me if I had a blanket, and I didn’t have one. And he was living behind [dumpsters located near Southeast Second Street], that was his home. I went back into my truck and for some reason, I just opened my back seat … and there was a moving blanket there that I forgot about. So I … grabbed the blanket and I ran over and caught him in between … two buildings, just before he started going toward the dumpsters. And I said, ‘Sir, I have a blanket for you.’ And he looked at me and you would have thought that I just gave him a million dollars. He took that and I walked away, and for whatever reason I turned around … and he was crying. It really touched me.”

Since then, Greco’s wife, Gail, has gotten together with several women from the congregation to sew blankets to give to homeless people, as part of the Women’s ministry effort.

“For that man to treasure a blanket made me just so humbled and thankful how God has blessed me and blessed the people around me.”

For many homeless people, Greco has found giving can be as simple as letting them charge their phones in outlets located outside his meetinghouse.

He also allows people use their water for things as basic as washing their hair.

“In Romans, it’s written that suffering demands perseverance. To go through suffering, to go through an extraordinary experience, you’ve gotta have perseverance. Perseverance develops your character. From that character, you can then gain hope. For us as Christians, Jesus is the hope of the world, and we need to help people see hope.”

Greco cited examples of perseverance in three married couples he met with the week prior, each married for decades, in which the wives had long-term disease. He observed that in all three husbands’ cases, they stayed committed to showing their wives love and adhered to a principle taught by Paul in the Holy Bible: “Love is kind. Love is the key to everything.”

Greco said he asks couples to commit to each other for richer or poorer, sickness and in health when he performs their marriage ceremonies.

Greco says his message of perseverance to the homeless in our community is to keep in mind this is just one more point in the world’s timeline.

“I just tell them there’s always hope. We’ve been through so many things, and I share with them my hope … the pandemic is just one more thing. We’re gonna get through this, we’re gonna take this step by step.”