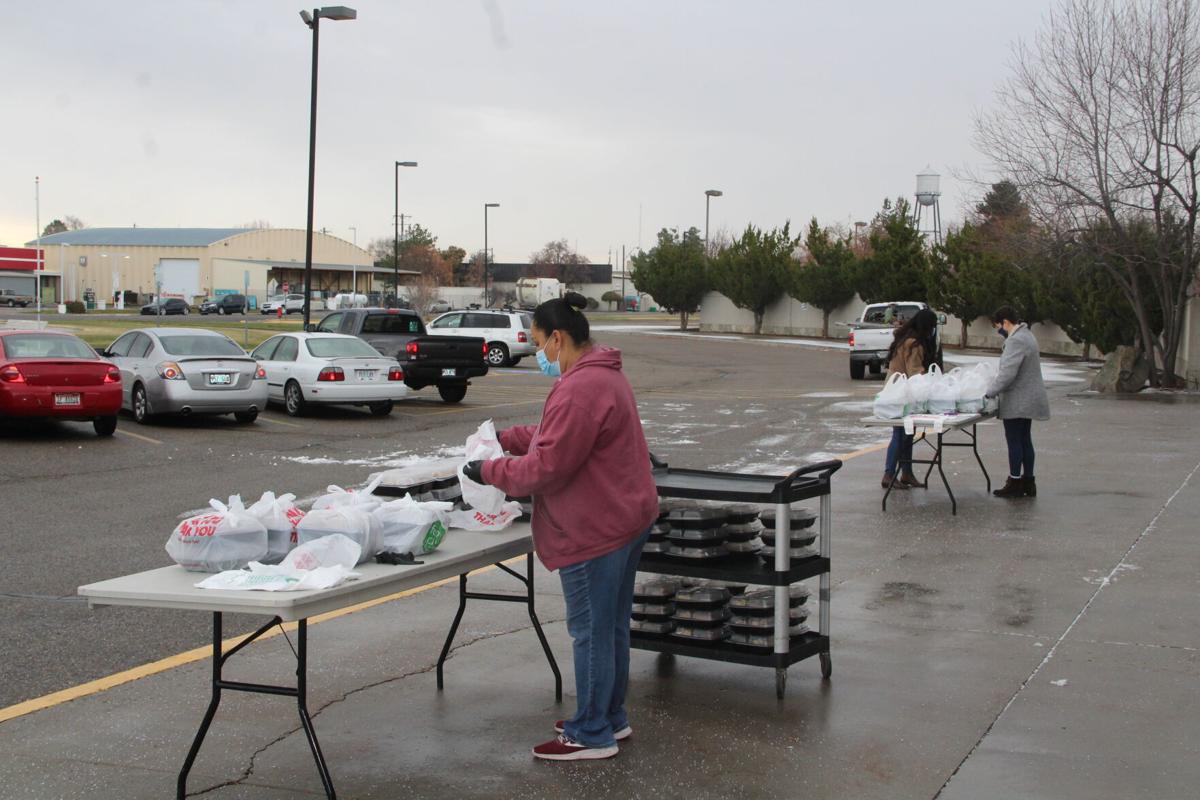 Late November saw the distribution of Thanksgiving dinners, packaged and ready to be picked by community members. 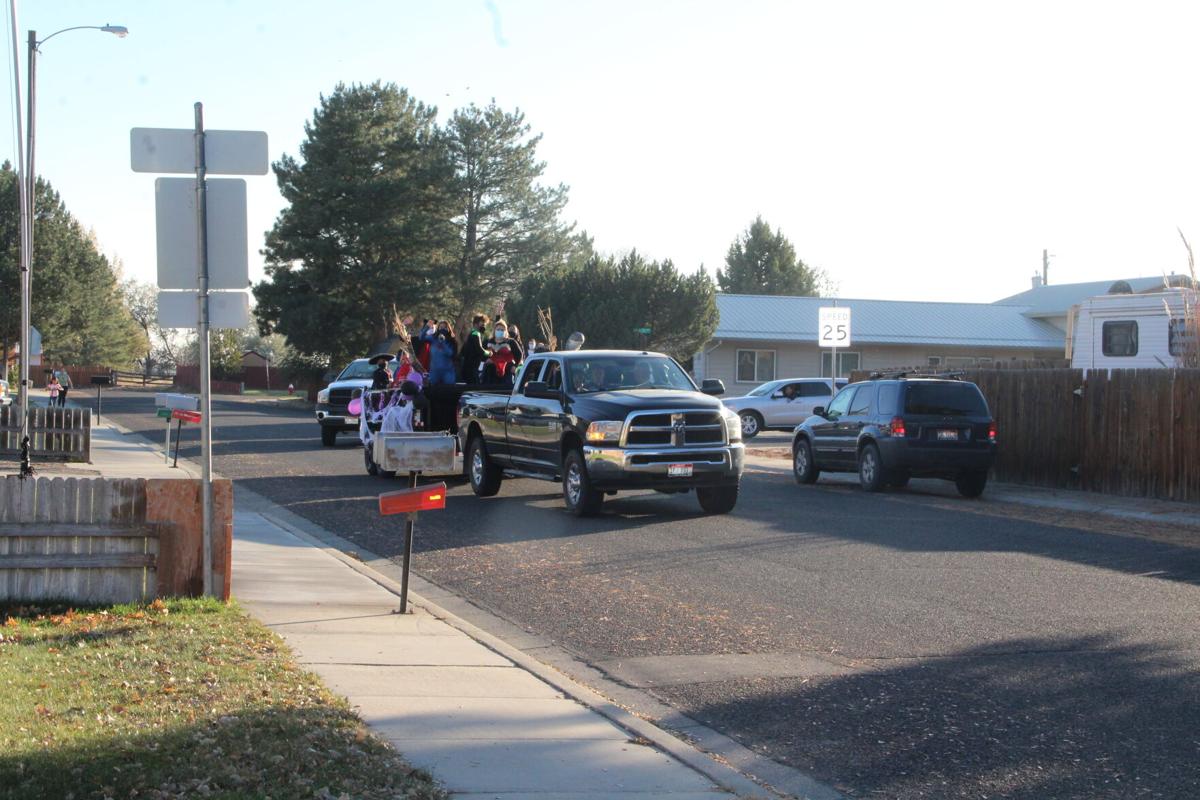 Bopping to the tune of "Thriller" by Michael Jackson, the crew from Four Rivers Cultural Center toured neighborhoods in Ontario, Vale and Nyssa. 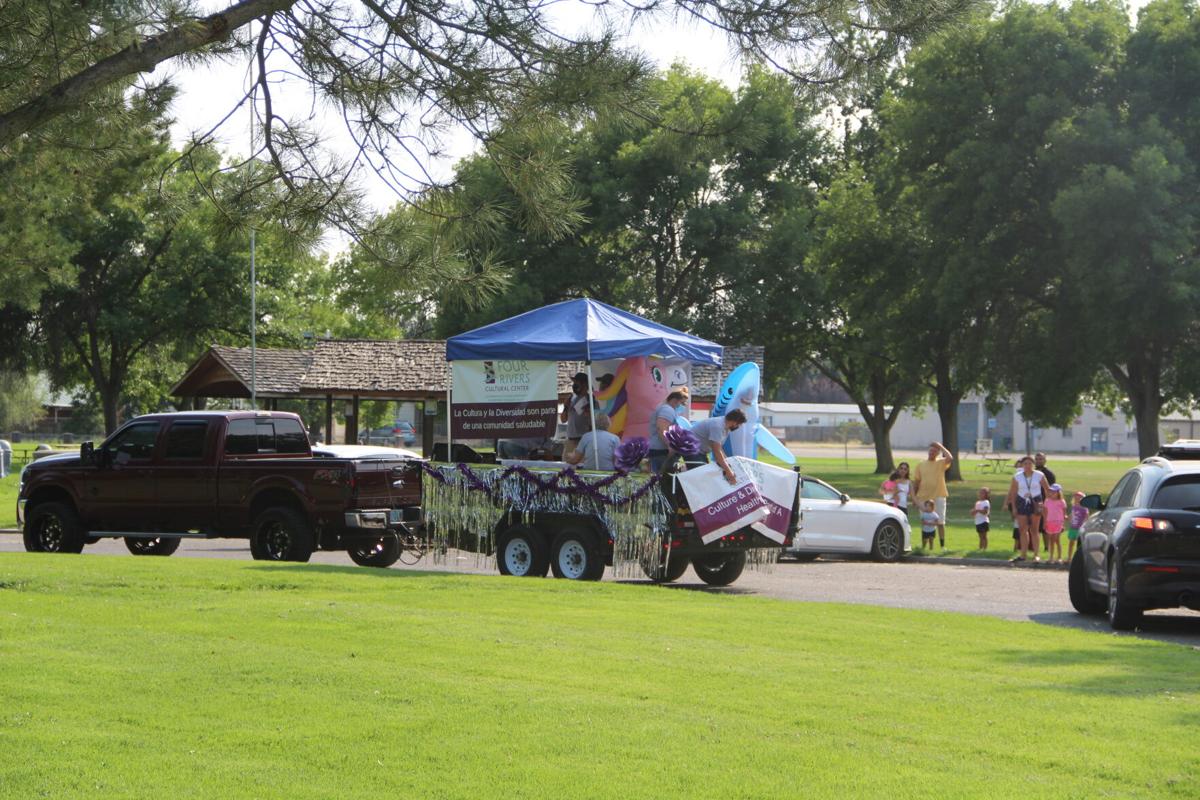 Community members were greeted by a pink unicorn, a blue shark and lots of smiles. 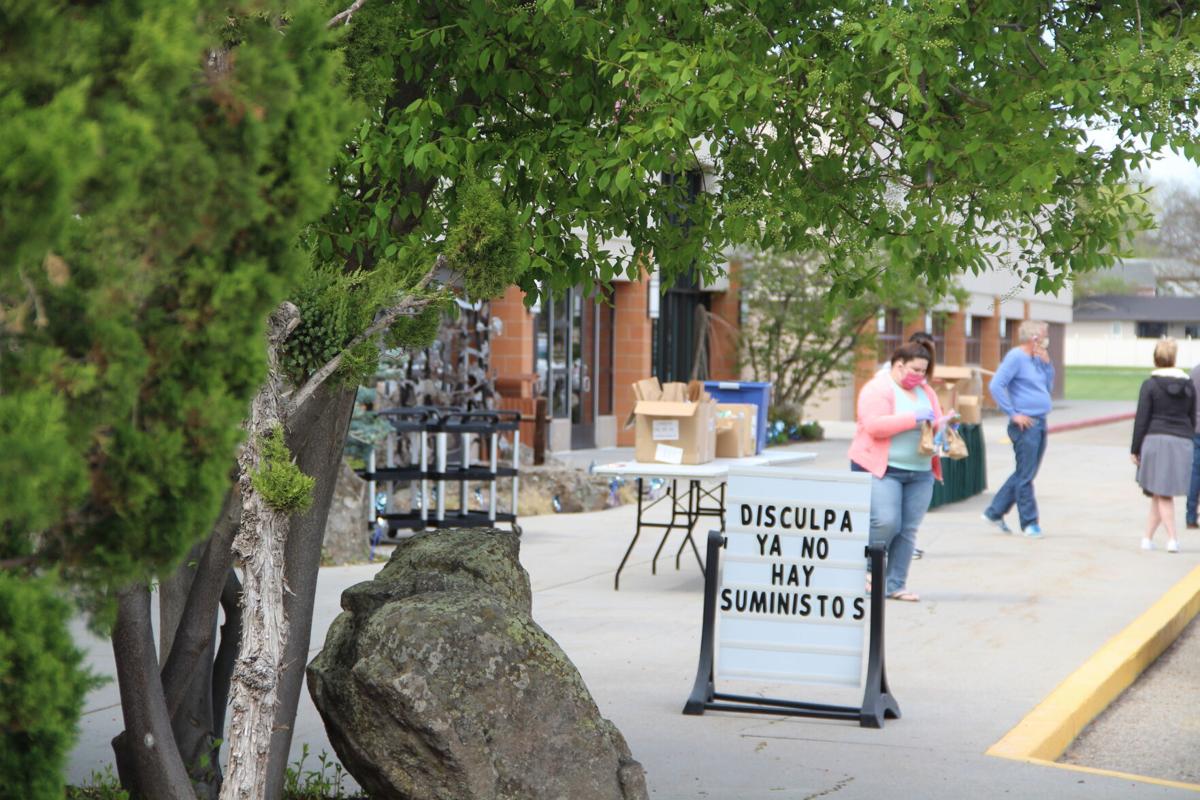 This distribution event happened in April of 2020 with staff and volunteers making deliveries to cars in a drive-thru style event.

Late November saw the distribution of Thanksgiving dinners, packaged and ready to be picked by community members.

Bopping to the tune of "Thriller" by Michael Jackson, the crew from Four Rivers Cultural Center toured neighborhoods in Ontario, Vale and Nyssa.

Community members were greeted by a pink unicorn, a blue shark and lots of smiles.

This distribution event happened in April of 2020 with staff and volunteers making deliveries to cars in a drive-thru style event.

Four Rivers Cultural Center has weathered the COVID-19 storm over the year 2020 by altering its offerings to the community. The center is known for offering programs that are either low-cost or free to the community.

These offerings have included events of many different types, ranging from entertainment to education to health-related endeavors and have included music, lights, and plenty of community connection.

Closed to the public

Matt Stringer, Four Rivers Cultural Center executive director, recounted how the center closed to the public on March 13, 2020, but opened back up with some limited activity options in mid-July.

He noted that Center staff were paid for a duration of four months thanks to the SBA Paycheck Protection Program grant.

The Center closed again in November and was expecting to reopen mid-March 15.

“We reopen March 15 and can have 100 guests in the building and 150 in the garden,” said Stringer. Despite the size of gatherings, he noted that “we are thankful to be able to host events now, of restricted size.”

Staying connected during a crisis

In order to stay connected with the community, the Center provided events that were virtual and in-person, observing social distancing measures for the latter.

The virtual events presented by the Center included Art For All, an initiative in which participants would send in a video or photo of their art be it any medium, ranging from songs or dances to “architectural renderings.”

“Share Your Heritage,” another of the the Center’s virtual offerings encouraged members of the community to share their own heritages and family history.

Sharing stories or insights is a part of the virtual programs offered during the past year and “Behind The Mask” was not exception. This initiative allowed community members to share “a story that will inspire” or connect with others during the difficulty of the pandemic.

Reaching out to the community while everyone is indoors and keeping themselves socially distanced makes connecting a challenge, however, the staff of Four Rivers Cultural Center found a way through the use of “pop-up parades.”

The first one of these events happened in late August and featured staff dressed as unicorns and sharks handing out frozen confections. The parade made several stops in Ontario, hitting up the city’s parks and greeting visitors with pop music.

The pop-up parade concept was done once again later in the year for Halloween, visiting Ontario, Vale and Nyssa over the span of two nights. Each neighborhood visit saw children waiting for the costumed staff atop the float to toss out handfuls of candy.

In answering the question on how the pandemic has shaped the way interactions with the community are conducted, Stringer indicated it had been positive.

“We have seen remarkable compassion from our community. Many without prompt recognized our situation and donated money, time and heart to our plight. Interactions felt more sensitive and kind. All of our community work was noticed and appreciated,” he said.

The center was the site for some meal distributions, too, in the months of April and November, the latter was a Thanksgiving dinner. Staff and volunteers distributed ready-made hot meals to registered recipients in a drive-thru operation that stretched past the building’s entrance.

What’s in store for the future?

According to Stringer, future events for the Center include a localized version of the hit reality show competition, “Dancing with the Stars” in addition to events like “BYU Living Legends,” “Matt Johnson – Magician,” and “Golden Dragons – Chinese acrobats.”

He also said that as theater programming goes, the Center is “all booked” for the first quarter of 2022.

The summertime event, “Live After 5” has been booked for the months of July and August.

Easter-avaganza Drive Thru is the latest outreach event that will be offered by the Cultural Center, and it will take place on April 3. The focus of this event is to share some Easter excitement while staying put in one’s car. As with several of the events in this past year, the Cultural Center will be giving out goodies.