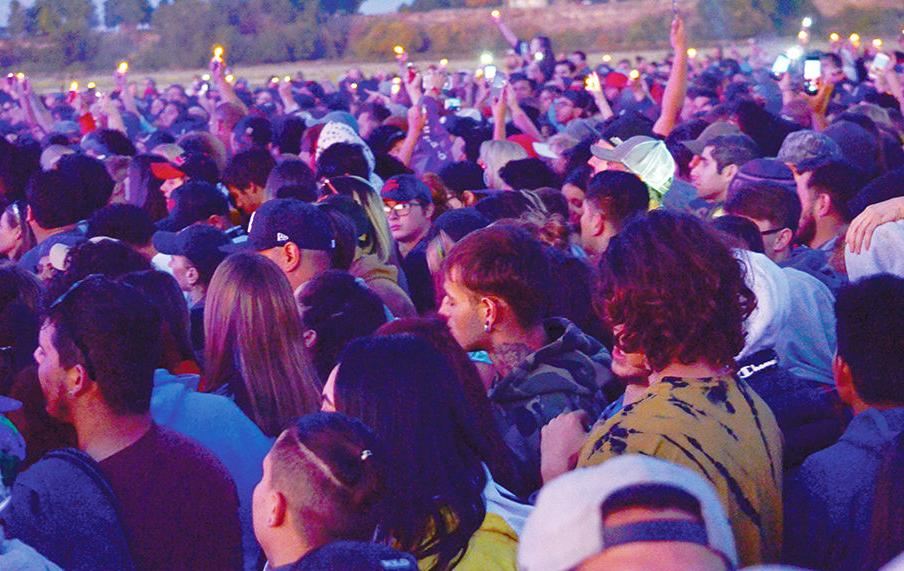 Officials estimate between 3,000 and 5,000 people attended the block party for the grand opening of Hotbox Farms on Oct. 5, which featured headliner DJ Snoopadelic, aka, Snoop Dogg. 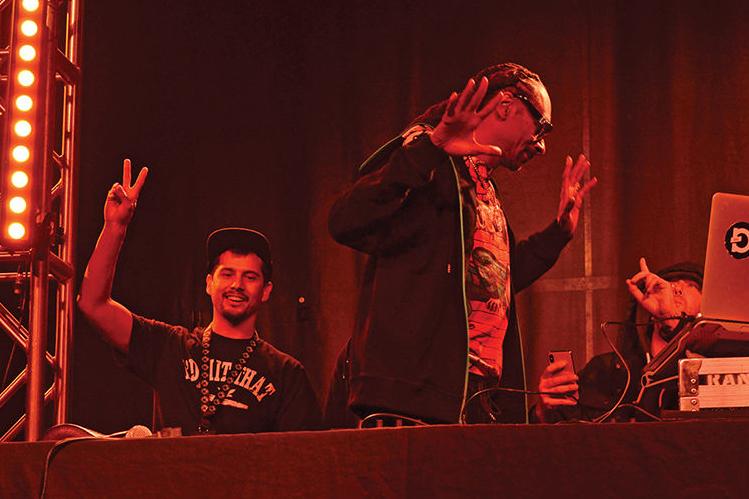 Steven Meland, co-owner of Hotbox Farms, a recreational marijuana dispensary in Ontario, gets on the stage with Snoop Dogg at the end of his free concert performance in Ontario on Oct. 5, which was tied to the dispensary’s grand opening.

Officials estimate between 3,000 and 5,000 people attended the block party for the grand opening of Hotbox Farms on Oct. 5, which featured headliner DJ Snoopadelic, aka, Snoop Dogg.

Steven Meland, co-owner of Hotbox Farms, a recreational marijuana dispensary in Ontario, gets on the stage with Snoop Dogg at the end of his free concert performance in Ontario on Oct. 5, which was tied to the dispensary’s grand opening.

ONTARIO — A recreational marijuana dispensary which was being investigated for potential violations during its grand opening event on Oct. 5, 2019 was cleared by the Oregon Liquor Control Commission, with a warning to follow local ordinances for all future events.

The case against Hotbox was closed by the OLCC on Dec. 30, 2019, and was “resolved with ‘verbal instructions’ to the licensee, specifically Tom Thompson,” according to an email on Wednesday from OLCC spokesman Mark Pettinger.

The investigation by the state stemmed from a concert which featured major rap artist Snoop Dogg. This was put on by the dispensary without having obtained the necessary special events permit. Investigators were looking at such factors as whether alcohol was on the premises, and whether there was consumption of marijuana or alcohol by employees or the public in areas adjacent to the premises, such as parking lots.

In addition, they were looking for any violations of local law or “conduct that lead to concern by the Ontario Police Department.”

The city was informed of the concert only one day before and requested a meeting with Steven Meland, co-owner of Hotbox, during which time they denied him a last-minute request for a special events permit. And the city’s response to the concert going ahead was to beef up public safety measures by staffing extra police and firefighters and even a drone pilot to monitor the event which spanned most of the afternoon and into the night.

Ontario Police Chief Steven Romero in a post-concert report stated that the lack of collaboration “brought a huge challenge to OPD and the city,” and that in his professional opinion, it “placed our local community in jeopardy.”

In November, Pettinger told the newspaper that OLCC officials were waiting to sync up with the Ontario Police Department to get more information, including whether the grand opening resulted in violating any local laws. Pettinger said violations of state or local law or rules could be used as a basis for future denial criteria on dispensaries being relicensed.

It is worth noting that Dan Cummings, community development director for Ontario, previously stated that the city also could have revoked Hotbox license, based on events surrounding the concert including lack of permit and inadequate notice to city officials. However, he added to this that the city manager and council didn’t prefer to take that route as long as they recouped the city’s costs.

The day before that OLCC and OPD meeting was slated to take place, the city entered a reimbursement agreement with Meland, after City Manager Adam Brown had urged him to pay the city before state officials were in town.

While Meland had already met with the city the week after the concert and verbally agreed to pay the city’s nearly $13,000 in costs for the concert, he had not paid yet. In the agreement entered on Nov. 20, 2019, the city forgave the dispensary the $1,000 maximum fine they could have sought for the permit violation in addition to another $1,000 fine for a separate retailer set up at the event, in exchange for Meland’s payment for the city’s expenses. The document included several stipulations including a release of any future liability.

In the email on Wednesday, he said the city’s limited action resulted in the OLCC “ability to do very much.”

“If there had been a violation, fine, criminal case there would have been something for OLCC to work with,” Pettinger wrote. “Our understanding is that Hot Box made a payment of $12,730 in lieu of no enforcement action, which covered the entire cost for the city’s expense (police presence), as itemized by the City Manager.”

Furthermore, the dispensary owners were reminded by the state to follow local rules.

“An OLCC inspector spoke to Hot Box about the importance of following local ordinances (and how not following them could affect their license status) and that means abiding by the requirement to obtain all permits for a future event,” according to Pettinger.

Yea and if the city council members weren't part owners of HotBox.

Hotbox SHOULD be fined and sbhut down for selling totally crappy quality pot for outrageous prices. They should also be shut down for falsely claiming that the pot they sell is stronger than "you dad's pot", which it is NOT!