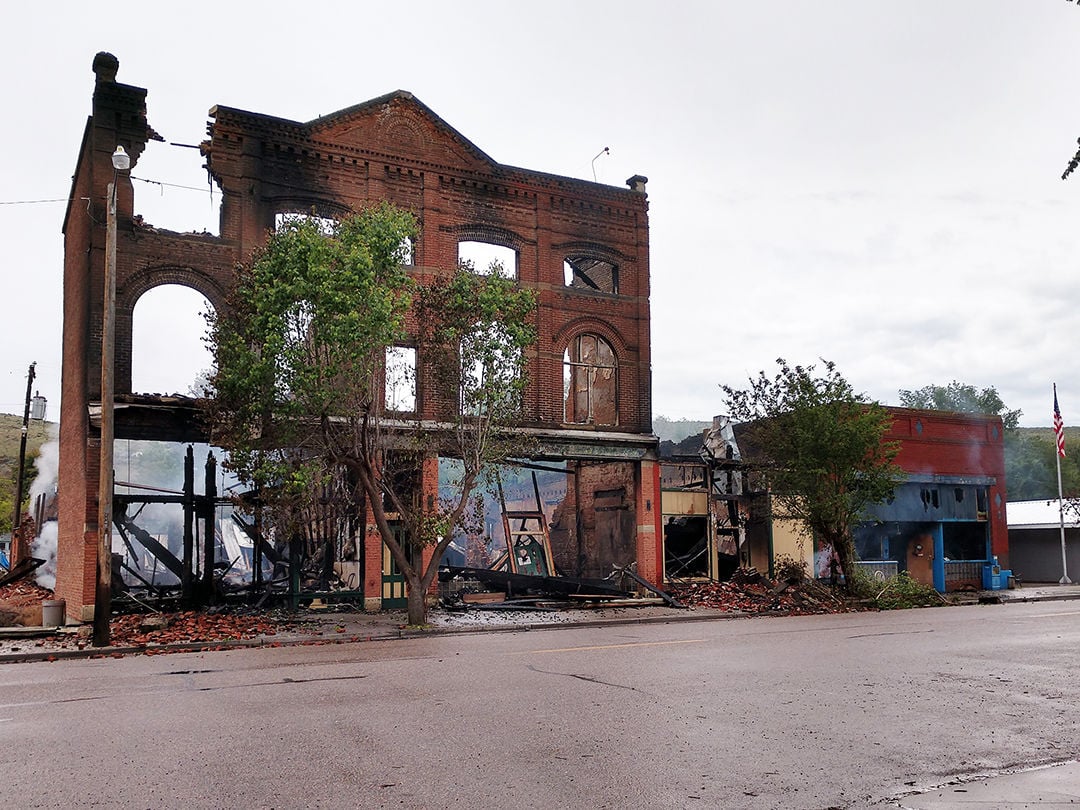 Also central to the reason for recall were allegations surrounding cleanup of the remains of the building that housed Grady’s Tavern, Howell’s Cafe and the Streamliner Lounge in Huntington, which were destroyed by a fire in May. 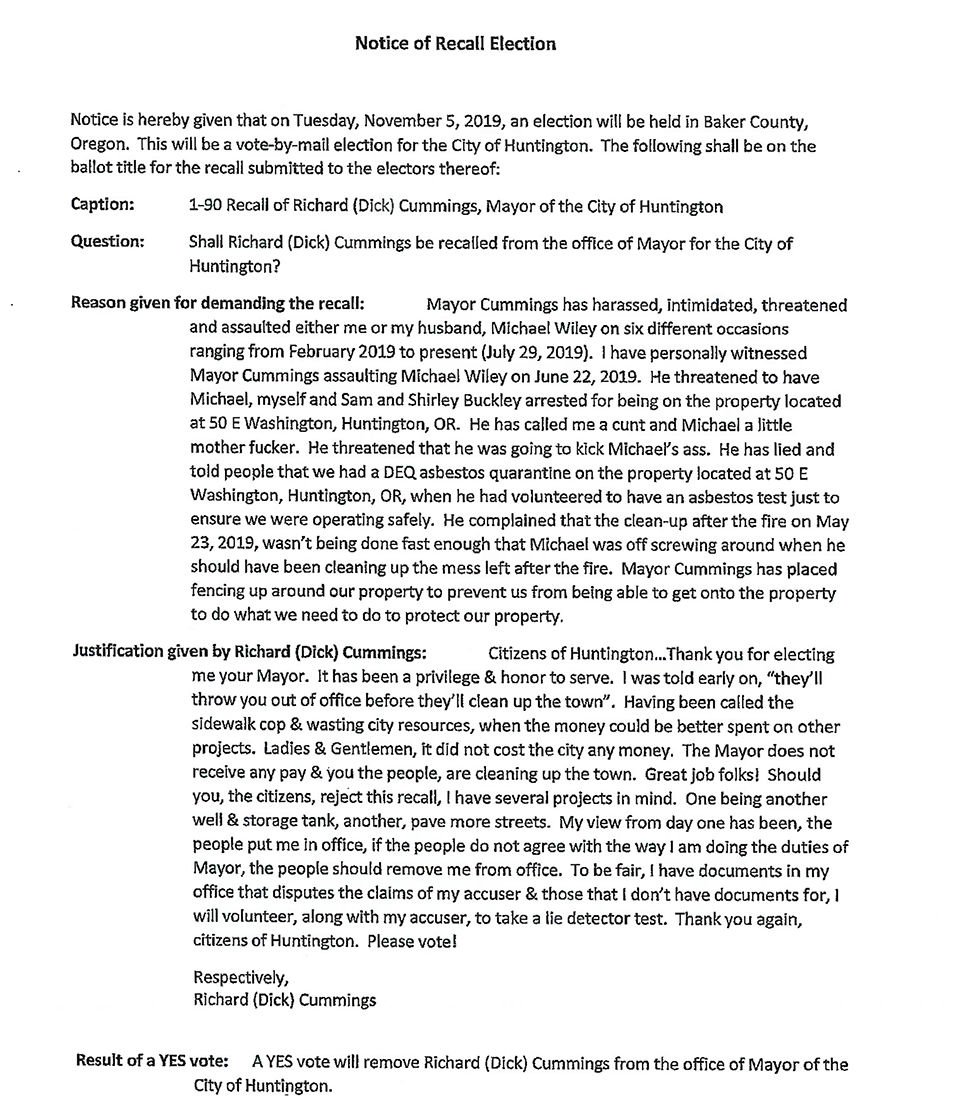 The graphic language in this notice of recall election made it onto the ballot title for voters in Huntington.

Also central to the reason for recall were allegations surrounding cleanup of the remains of the building that housed Grady’s Tavern, Howell’s Cafe and the Streamliner Lounge in Huntington, which were destroyed by a fire in May.

The graphic language in this notice of recall election made it onto the ballot title for voters in Huntington.

HUNTINGTON — Huntington residents have recalled their mayor who was just elected in November.

According to the Baker County Clerk, the unofficial results show 93 yes votes for the recall and 71 votes against and two outstanding votes which are being challenged.

Richard (Dick) Cummings was elected mayor in the General Election in November of 2018, and began serving in January, according to a spokeswoman for the City of Huntington.

She was researching the process for replacing the mayor, she said.

In the profanity laden complaint, which was included in the ballot title seeking the recall, Cummings was accused of harassment, intimidation and assault against Michael Wiley and other residents.

The allegations listed in the reason given likely came from Tina Wiley, as phrases like “me or my husband” were included in that demand.

Most of the accusations were in regards to the fire in May that destroyed some historic buildings in downtown Huntington.

The complaint said that Cummings was complaining that the clean-up after the fire was not done fast enough and that Cummings placed fencing around the property to keep the Wileys off their property.

For his part Cummings, in a statement on the ballot title, said he has evidence to refute some of the accusations made against him and volunteered to take a lie detector test on other charges made against him.

Cummings said he has working to clean up the town and said he has other projects in mind if he is kept in office.

In January of 2018, Cummings was among four city councilors who were up for recall.

He did not recalled, but later in November of 2018 he got voted in as mayor in a write-in campaign garnering 56 votes.

The Argus is working to find out whether the ballot language is in accordance with state law.