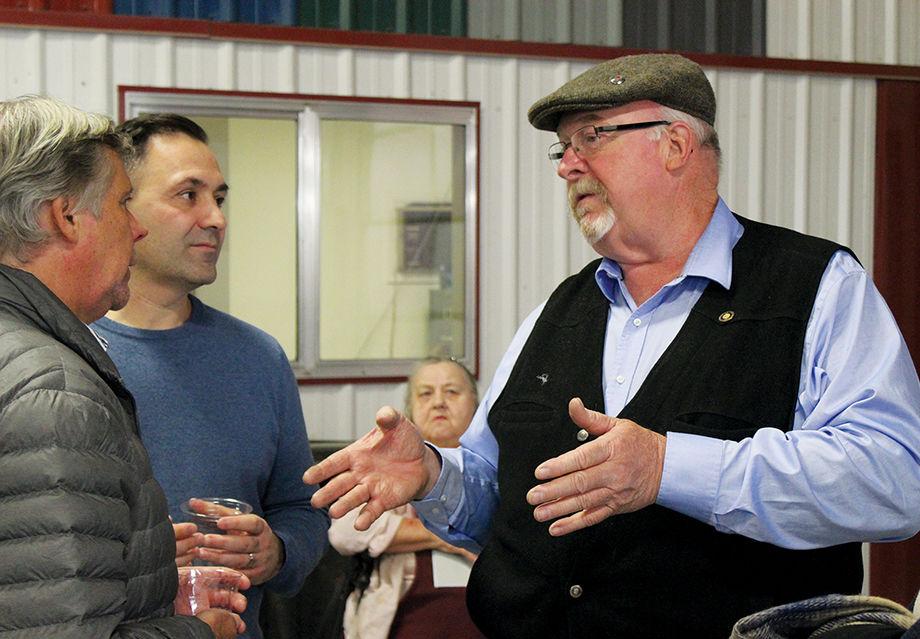 Lynn Findley, right, who was a State Representative at the time but is now a Senator, talks with Glenn Van Treek, president of Paramount Gold Nevada, at left, and Carlo Buffone, chief financial officer, during an open house at the company’s office in Vale in December of 2019. 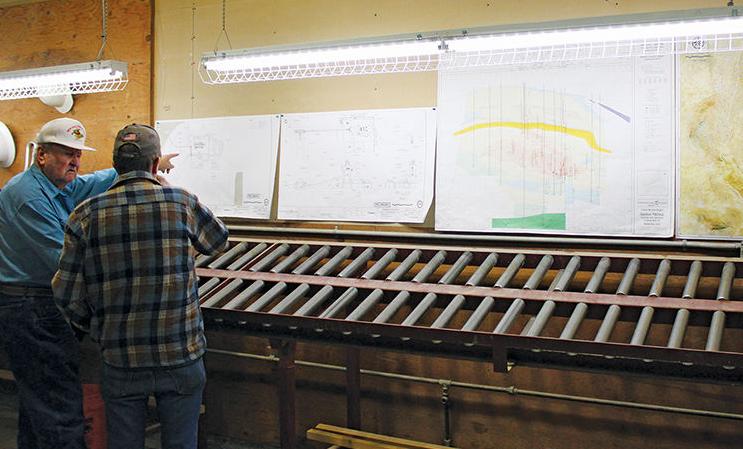 There was a lot of visual information regarding the proposed mine presented during the open house.

Lynn Findley, right, who was a State Representative at the time but is now a Senator, talks with Glenn Van Treek, president of Paramount Gold Nevada, at left, and Carlo Buffone, chief financial officer, during an open house at the company’s office in Vale in December of 2019.

There was a lot of visual information regarding the proposed mine presented during the open house.

VALE — Officials of Paramount Gold Nevada, doing business as Calico Resources USA, are seeing the light at the end of the tunnel, as they forecast the issuing of the permits for the proposed mining operation in Malheur County could come in about a year.

Calico submitted its consolidated permit application to the Oregon Department of Geology and Mineral Industries, the lead state agency in the permitting process Nov. 25. That started at 90-day process for a review to determine whether the application is completed, with additional days for review as needed, according to a timeline of the application process.

Once it has been determined the application is complete, the next step is draft permits for mining. This will be followed by a public comment period, then issuing of the final permits.

Glen Van Treek, president of Paramount Gold, said the company expects to have permits by the end of 2020. Upon obtaining permits, the company will be searching for financing for the project.

Van Treek was in Vale along with other company officials on Tuesday for a public open house at the company’s office.

While waiting for the reviews to be completed, Paramount Gold is having a bankable feasibility study on the gold main project which is expected to be completed by the middle of 2020.

Grassy Mountain is located about 25 miles south of Vale and work on the mining proposal was started in 2011 by Calico Resources, which was purchased by Paramount Gold Nevada in 2016.

The mine, which will be underground, is projected to produce 1,200 to 1,400 tons of ore per day, with the mill to process a total of 750 tons per day, according to Van Treek. Total production of gold is estimated to be 47,000 ounces per day, which will be turned into bars containing about 90 percent gold, to be sold to refiners, he said.

Mining will be done using a cut-and-fill method. For this, ore is taken out and the shafts filled with rock fill and cemented rock fill, with decline construction down to the bottom of deposits, according to company information. There will be a total of 35 levels, it said.

The decline sections will be 15-feet by 15-feet, said Van Treek, with the level sections 13-feet by 13-feet. There will be two vertical shafts for ventilation and escape, he added.

He estimates the labor costs to be about $9 million annually or an average of about $80,000 per person. About 110 permanent direct employees are planned, he said. It is expected that mining operations will be conducted over four days, in two shifts, with three days off. This would produce enough material to operate the processing mill 24/7, said Van Treek.

During mining operations, the company is projected to employ about 90 people, Christos Theodossiou, company spokesman said.