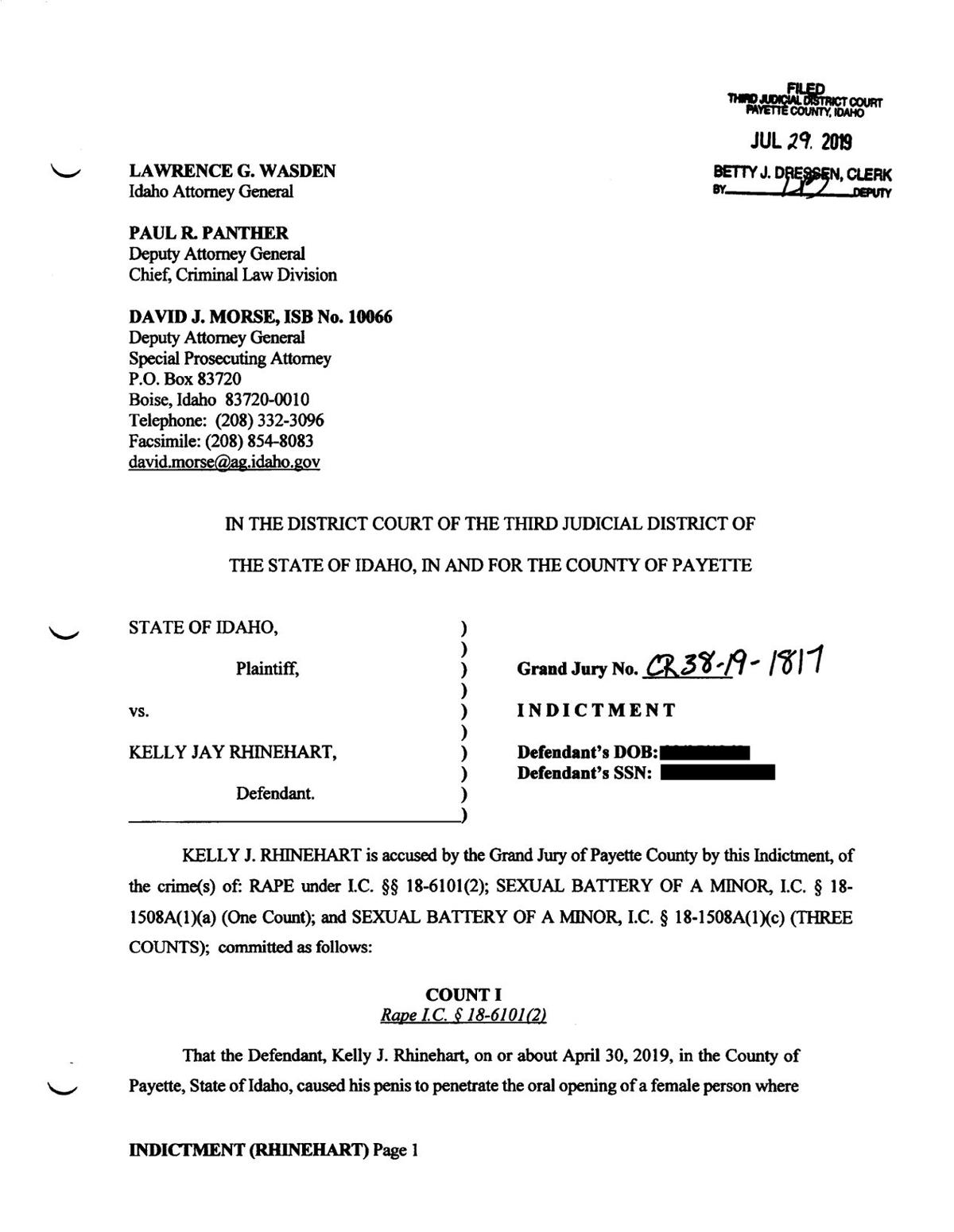 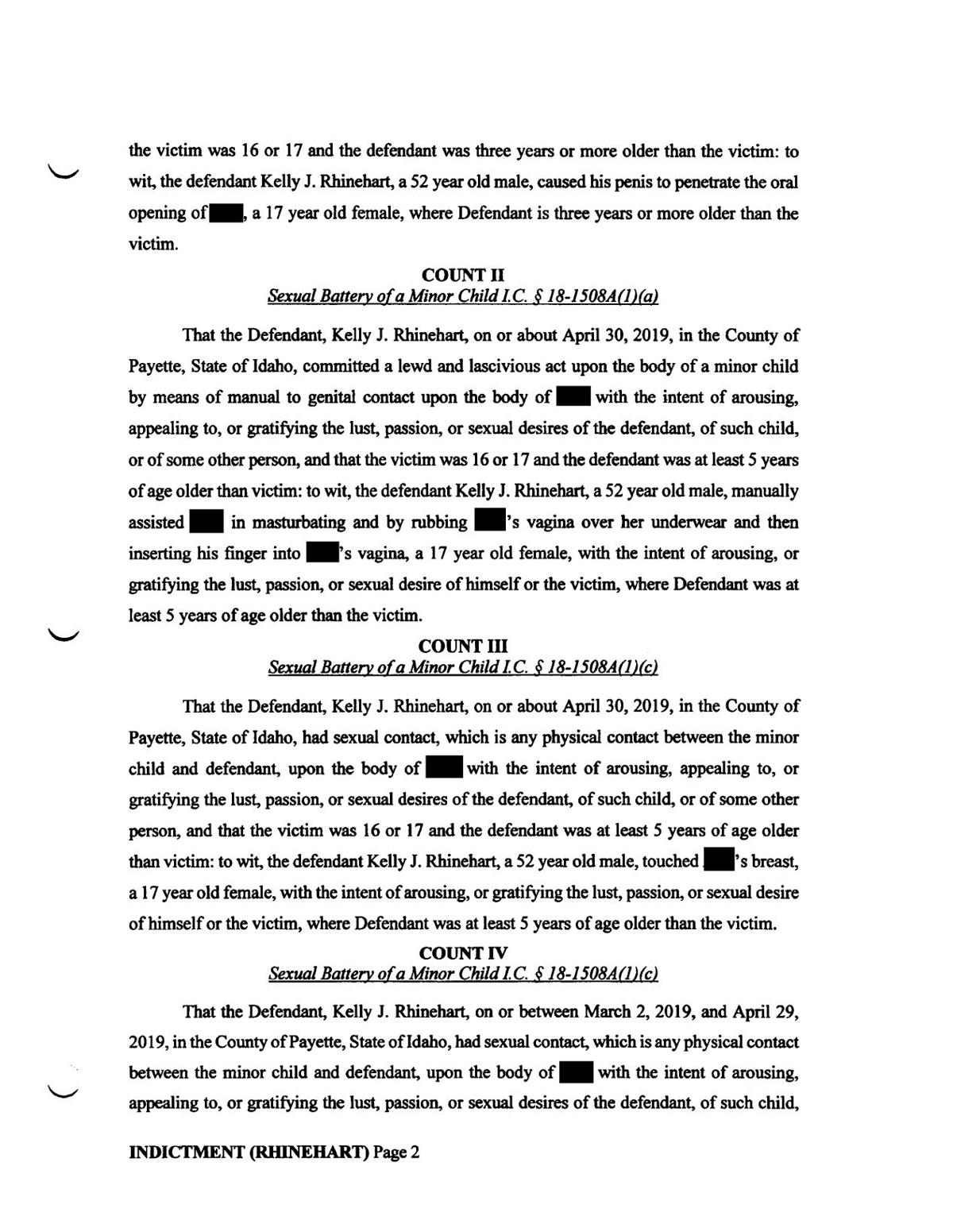 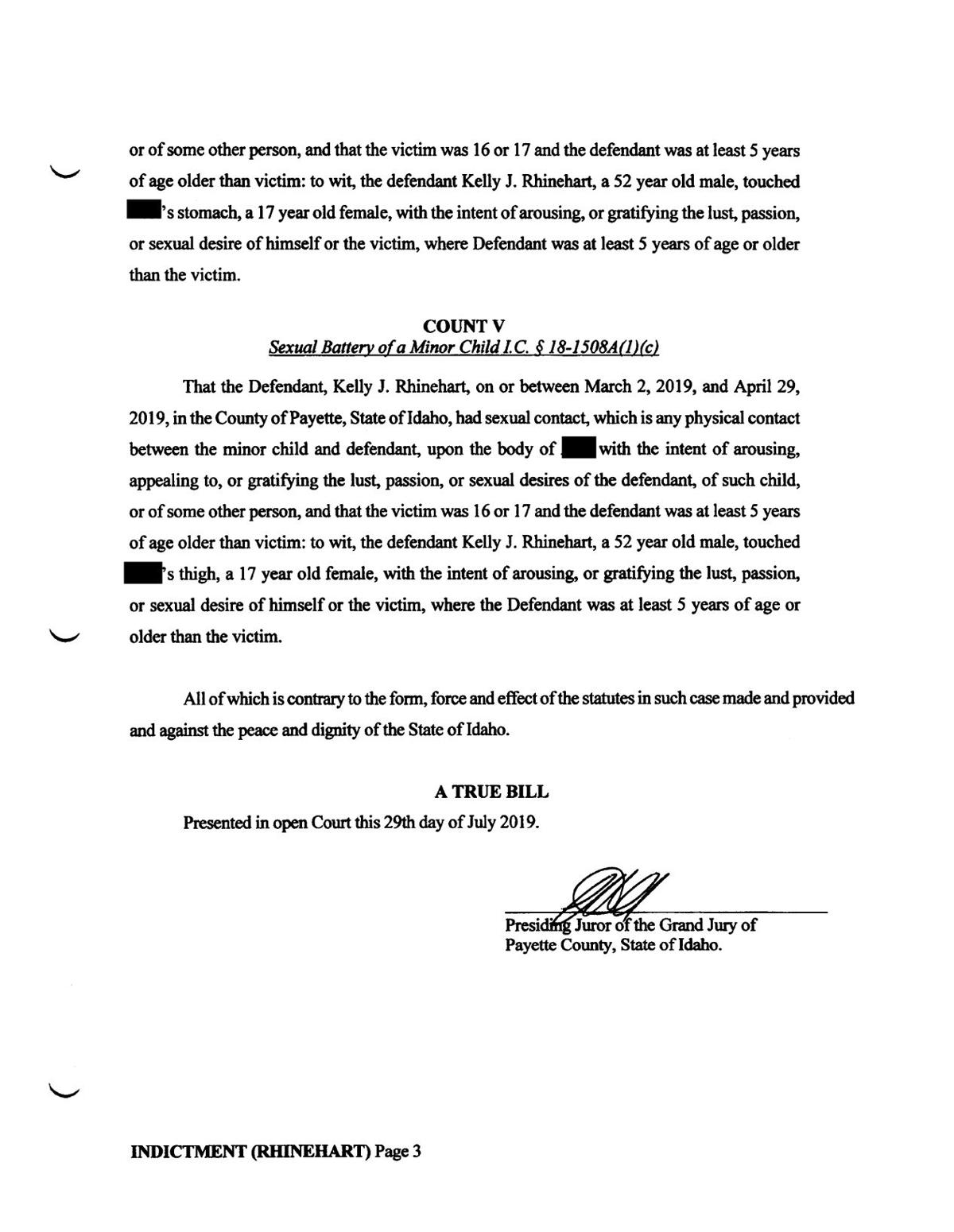 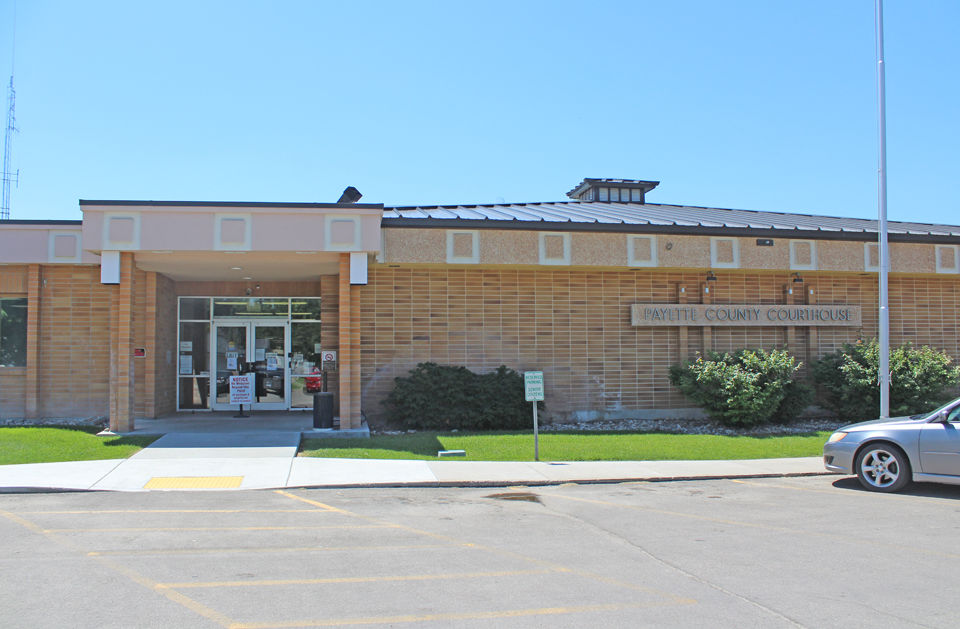 FRUITLAND — A Fruitland man is facing multiple felony charges after allegedly having sexual contact with a teenager this year.

Rhinehart was arrested on Monday. His arraignment is scheduled for Aug. 16.

According to the indictment, two of the counts of sexual battery of a minor (18-1508A(1)(c)) stem from alleged incidents that happened between March 2 and April 29.

Rhinehart was an assistant track and field coach at Fruitland High School, according to the minutes from the Fruitland School Board of Trustees meeting in May, Rhinehart resigned from his position this year.

An email to Fruitland School District superintendent Teresa Fabricius was not answered.

Idaho State Police Spokesman Timothy Marsano confirmed the criminal investigation against Rhinehart, which began in early May, is ongoing.

ISP Detectives opened the case against him following the allegations, and on Monday submitted their investigation to a Payette County Grand Jury, Marsano wrote in an email.

Following the Grand Jury’s indictment, a warrant was issued, and Rhinehart was arrested on Wednesday and booked into the Payette County Jail.

ISP conducted the investigation at the request of the Payette County Prosecutor, according to Marsano.

PAYETTE — The court date has been set for a Fruitland man who is facing multiple felony charges after allegedly having sexual contact with a minor.