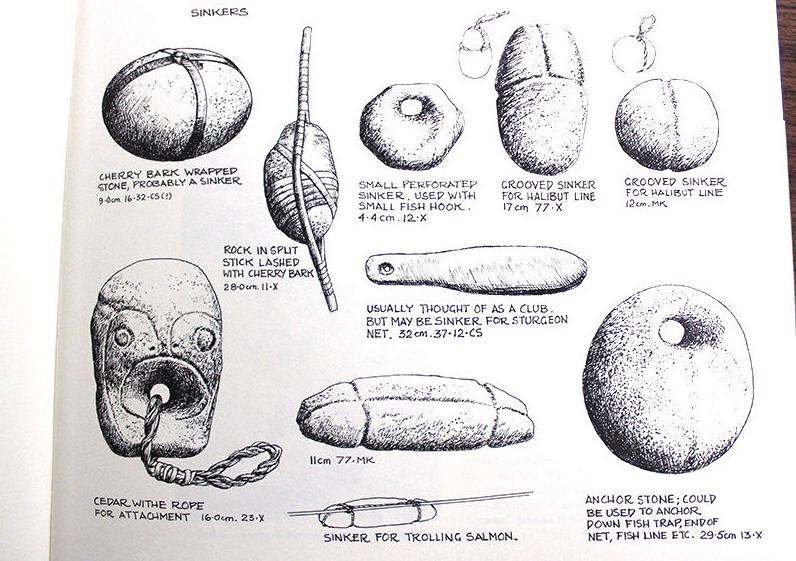 An illustration from “Indian Fishing: Early methods of the Northwest coast” shows different stone weights natives would use in fishing. 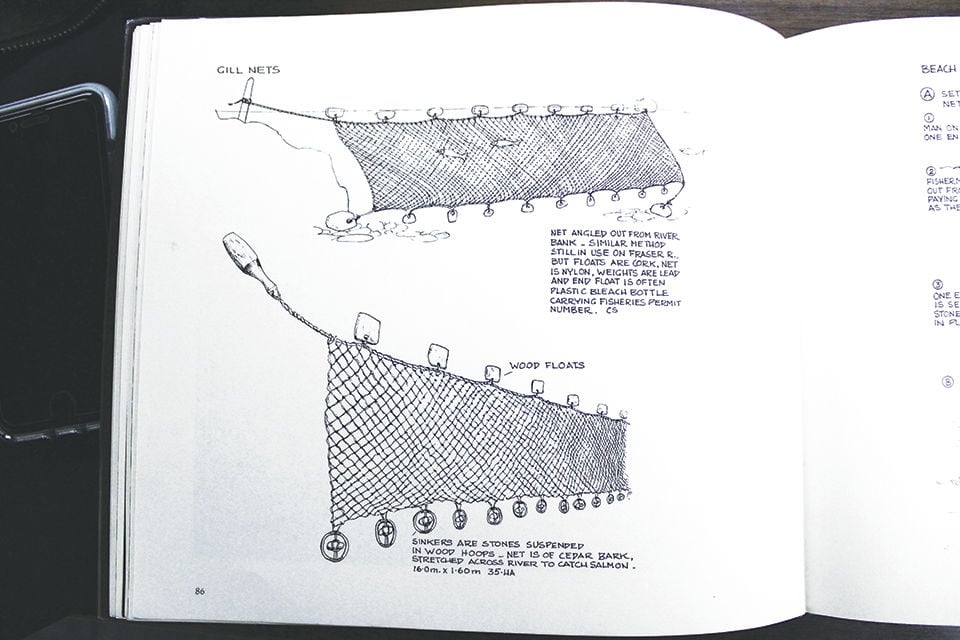 An illustration from “Indian Fishing: Early methods of the Northwest coast” shows a gill net that would be used to catch large amounts of fish in the river. 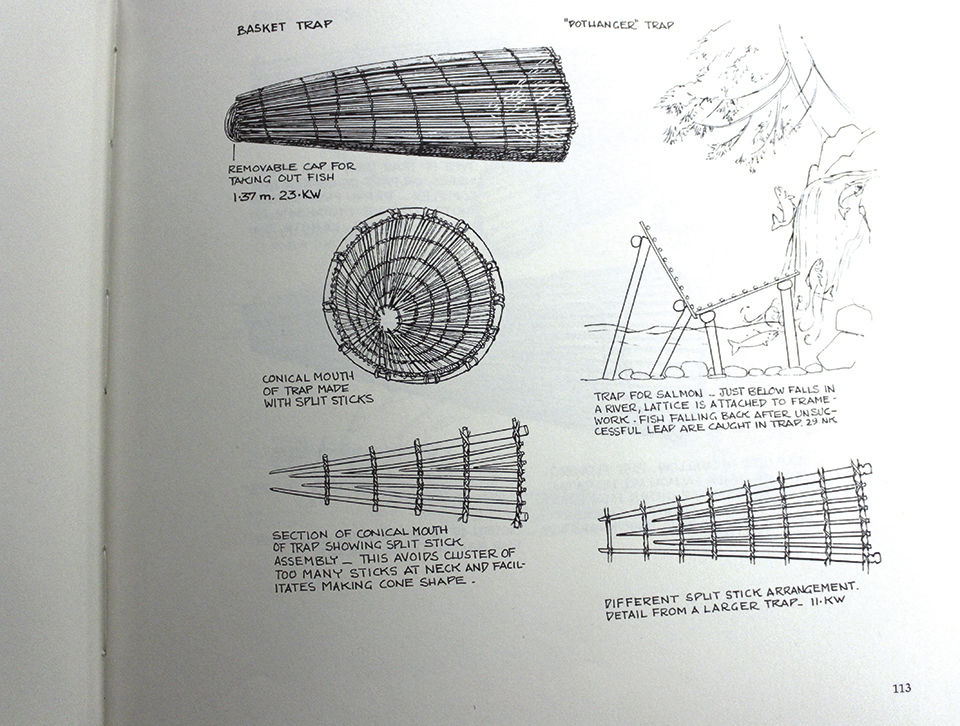 This illustration from “Indian Fishing: Early methods of the Northwest coast” shows an assortment of basket traps that would be used to catch fish. 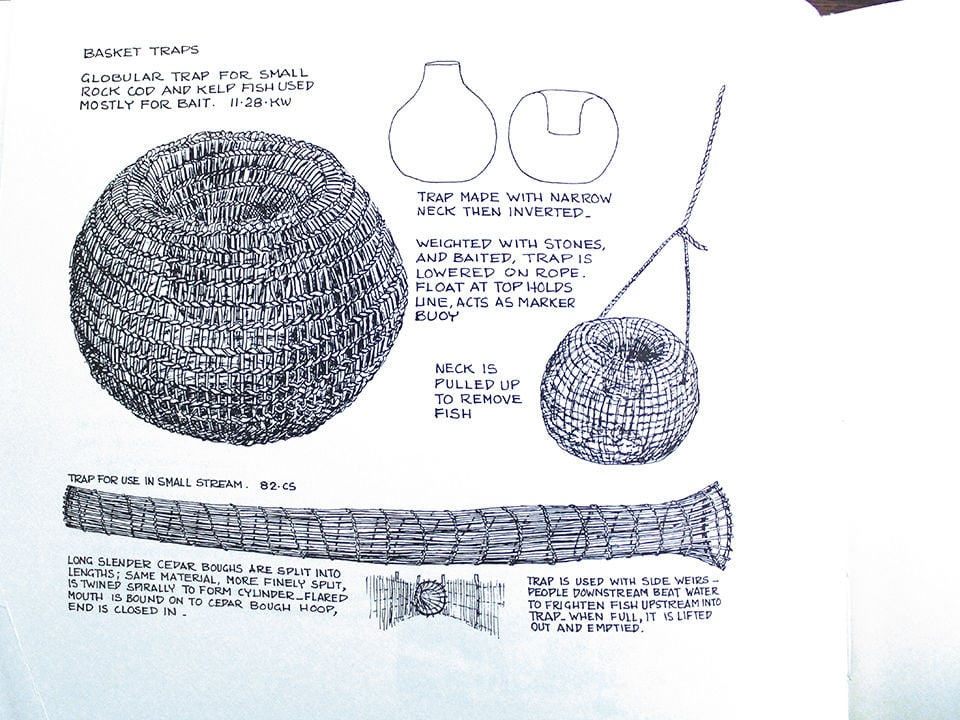 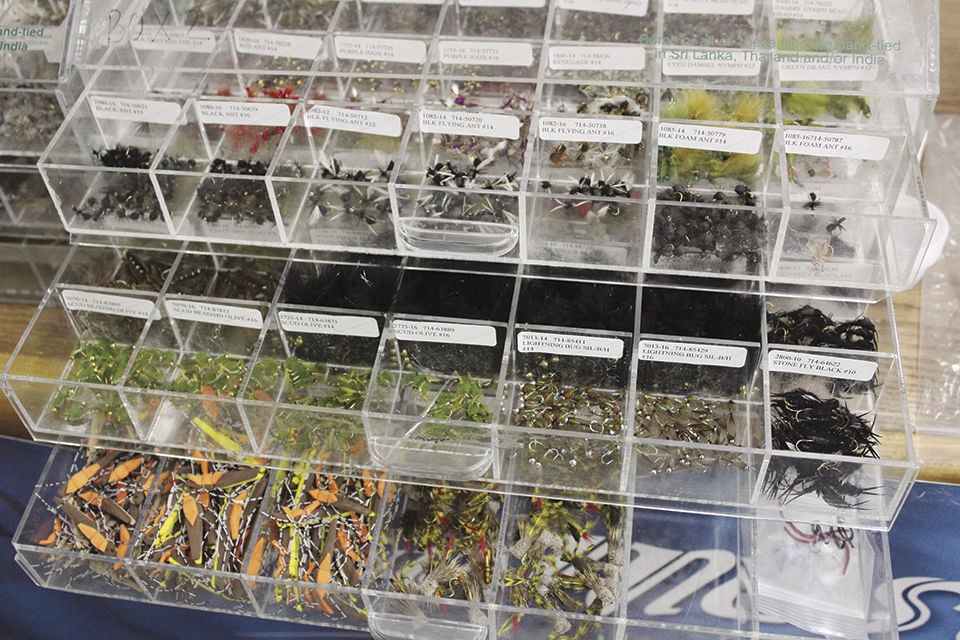 This photo shows drawers full of flies at The Outdoorsman in Ontario. 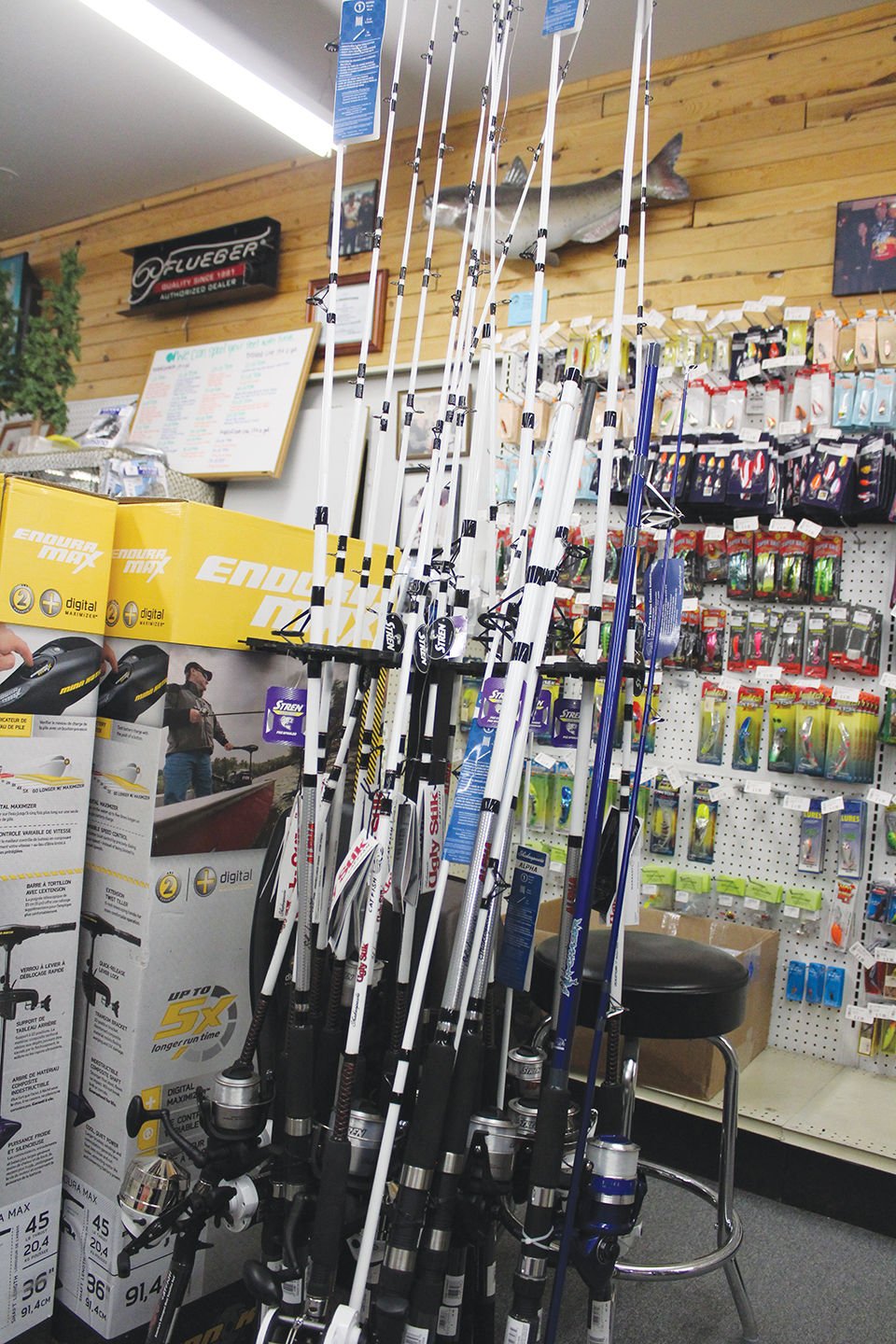 This photo shows a display of fishing rods at The Outdoorsman in Ontario.

An illustration from “Indian Fishing: Early methods of the Northwest coast” shows different stone weights natives would use in fishing.

An illustration from “Indian Fishing: Early methods of the Northwest coast” shows a gill net that would be used to catch large amounts of fish in the river.

This illustration from “Indian Fishing: Early methods of the Northwest coast” shows an assortment of basket traps that would be used to catch fish.

This photo shows drawers full of flies at The Outdoorsman in Ontario.

This photo shows a display of fishing rods at The Outdoorsman in Ontario.

Along the Oregon Trail, those migrating west brought many things with them, including technologies they thought to be superior to those American Indians used.

But when it came to fishing, the people native to the area had already mastered the craft.

In an excerpt from “Indian Fishing: Early methods of the Northwest coast,” author Hilary Stewart wrote about Albert Niblack, who went on to be a U.S. admiral, working his way through the northwest:

“In 1885, Albert Niblack, on a survey of northern British Columbia and Alaska, write in his report published by the U.S. National Museum: ‘The apparently clumsy hooks of this region have been found to possess so many advantages over the type used by Europeans that they are retained to this day.’ Then wistfully adds, ‘There is little in the art of fishing we can teach these Indians.’

According to “Indian Fishing,” in the late 1800s, Northwest Indians would use technologies that are similar to those available today. Fishing line back then was often ropes made of cedar bark, nettle fibers or kelp line.

The hooks used were often made of small wooden sticks that were softened by steam and bend to shape in molds. A bone barb would ensure the fish couldn’t get out.

Edward S. Curtis, a photographer who studied the native people of the northwest, published a series called “The North American Indian.”

Curtis spent some time watching the natives fish on the Columbia River, where they used several different techniques to capture fish.

Large nets made of hand-spun nettle fibers were useful in grabbing salmon that were resting on their long journey upstream, Curtis wrote:

“In the quiet pools along the rocky shore the salmon sometimes lie resting from their long journey up-stream. The experienced fisherman knows these spots, and by a deft movement of his net he takes toll from each one.”

Curtis also noted that spearfishing was common in the more turbulent waters, using detachable barbs so when the fish is speared it is hooked onto a line after it releases from the spear.

Where are we now?

Perry Kelley, the president of the Indianhead Fly Fishers based in Weiser, has seen a lot of changes in his days fly fishing the Western Treasure Valley.

Now 80 years old, Kelley has been fly fishing since the late 1940s. Back then, he said, his first fly fishing rod cost a whopping $15. Now, Kelley said some of the top-tier fly fishing rods will cost you anywhere between $700 and $900.

The rise in costs of fishing gear came along with a increase in both quality and the amount of products available. In comparing fishing to other sometimes expensive sports, like golfing.

“They manufacture lines of various densities now,” Kelley said. “They will sink faster or slower so you can fish at all parts of the lake.”

“In the still water, you’ll see tons of people out on their personal floatation devices,” Kelley said. “It helps a lot of people. When you’re in the shallows, sometimes you get stuck fighting vegetation and other things.”

Personal floatation devices allow fishermen to reach deeper water than they would if they were just standing on the bank, but without having to bring an actual boat.

Kelley said he has not tried trapping fish, as he likes to spend his time fly fishing.

“I just really enjoy fishing. I enjoy doing it,” Kelley said. “I think everyone has their thing. Their niche in life. I found my niche in life.”

On the Northwest coast, natives would use lengths of kelp tied together to use as fishing line to catch smaller fish.

In a world without refrigeration, Edward S. Curtis said natives would dry salmon flesh in the sun and pound the dried flesh with salmon roe. The mixture would keep for months and was used as both food and bartering.

Fishing weirs are dams made of stakes that will allow rivers or streams to pass, but will stop the fish. Weirs were commonly filled with baskets, so when fish were tired from trying to fight the current they would rest in the baskets and were easy to grab.

In the late 1940s, Weiser resident Perry Kelley purchased his first fly fishing rod for how much?