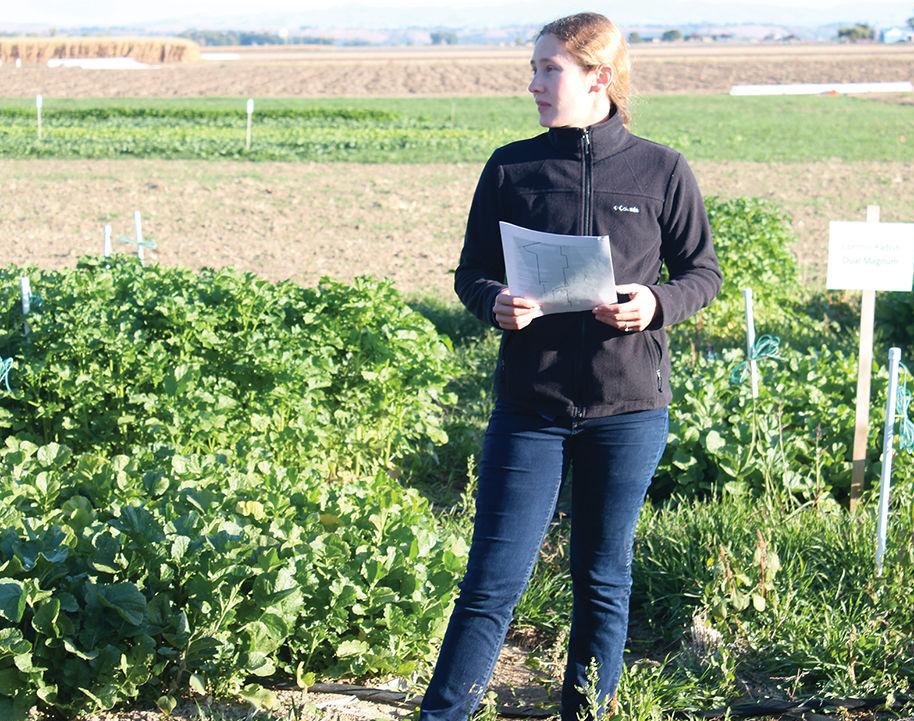 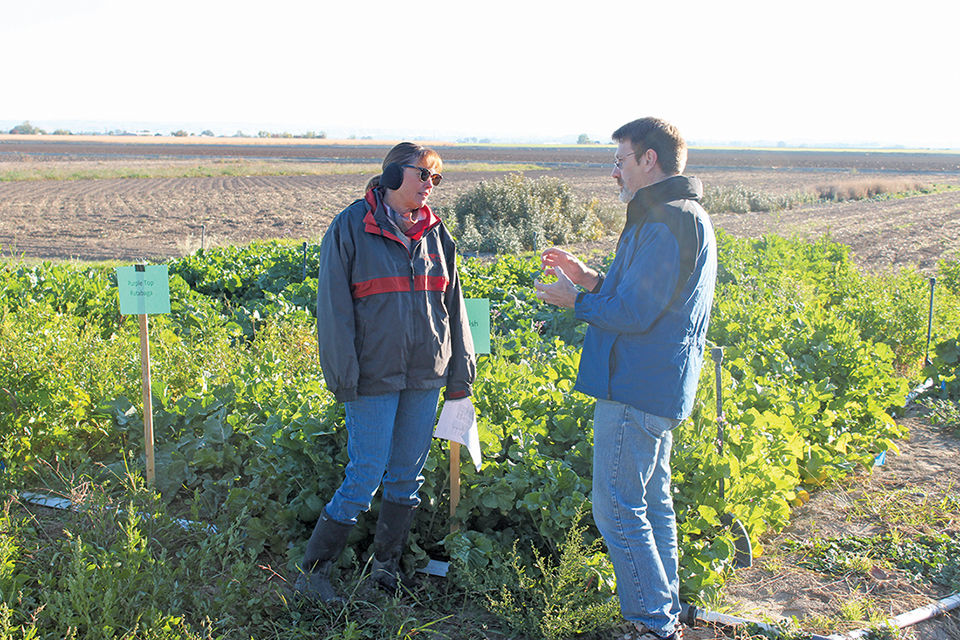 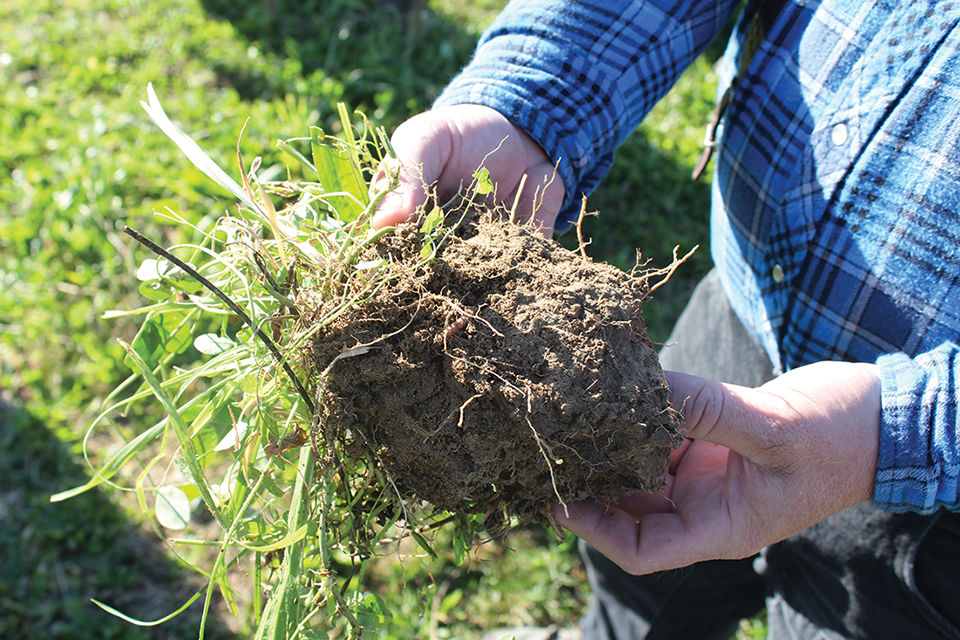 A soil sample is examined during the Fall Cover Crop tour Monday.

A soil sample is examined during the Fall Cover Crop tour Monday.

ONTARIO — Cover crops are grown for a variety of purposes from attacking weeds and other crop pests, to providing forage for livestock or improving soils.

Some of these were presented during the Fall Cover Crops Tour hosted by Christy Tanner, Oregon State University Extension agent, on Monday, beginning with some crop trials she is conducting at the Malheur Experiment Station.

The purpose of her trials is whether cover crops included in crop rotation will provide adequate control of yellow nutsedge. This is a weed which is a major problem, particularly in onions.

Being tested at the Experiment Station are a variety of mustards, radishes and cabbages. The goal is to produce cover crops that outcompete the nutsedge, causing a reduction in populations.

This is the first year of the trials so the results are not known yet.

Cover crops were also tested along with the use of the Dual Magnum herbicide, Tanner said. While Dual Magnum is a pre-emergent, pre-plant product, the trials showed that the herbicide had to be applied later to allow the cover crops to germinate, she said.

The cover crops can also provide extra forage for livestock, cutting down the use of hay.

At another stop, Dee Ann and Jason Valled, who ranch up along Morgan Avenue, talked about going into “baleage,” which is baling high-moisture forage allowing producers to harvest crops earlier and avoid storms which can damage dry hay crops, according to an article from Beef Magazine provided by the couple.

Their high-moisture hay crop was produced from a mixture of Sudan grass and sunflower and is stored in large plastic tubes.

The plastic wrapper is the biggest cost in using the system, the article states, and may be half the cost of normal dry haying equipment.