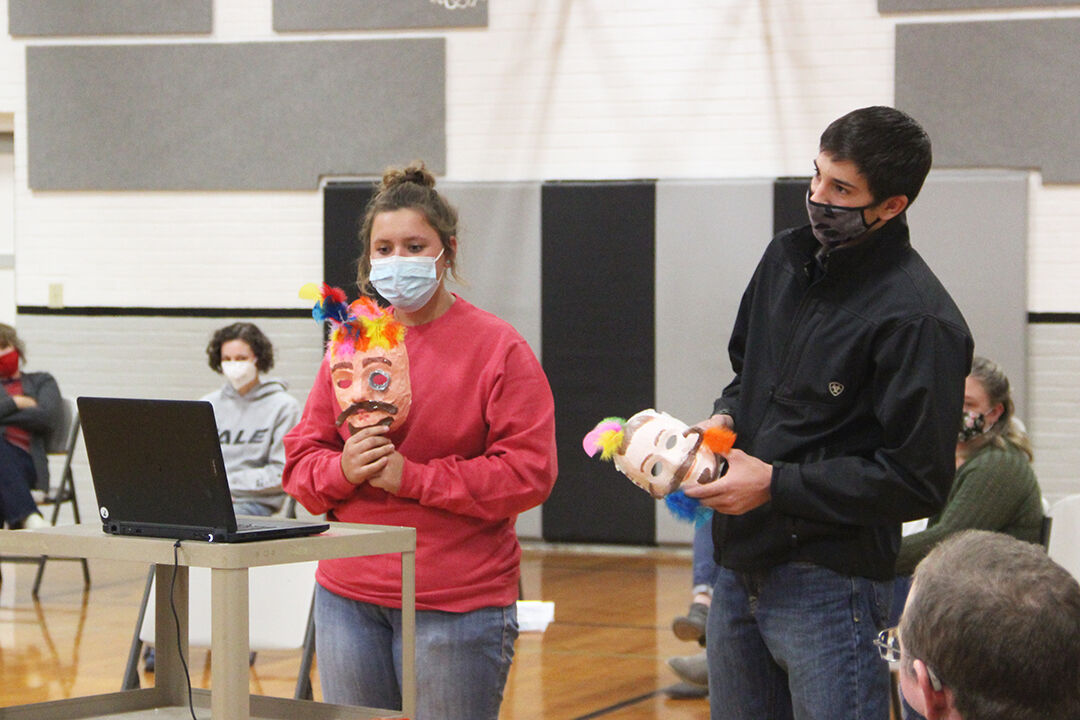 Vale High School students Jessi Arriola, left, and Tanner Steele talk about the masks they made in art class during the Student Spotlight of Wednesday's meeting of the Vale School District Board of Directors. 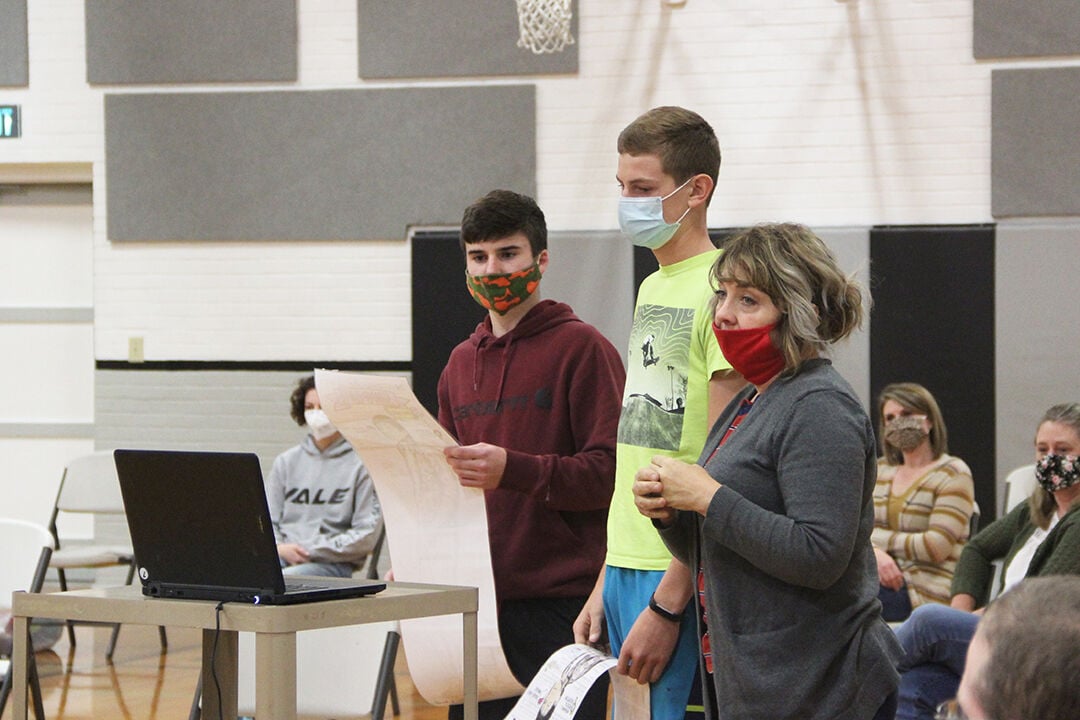 Vale High School students Jessi Arriola, left, and Tanner Steele talk about the masks they made in art class during the Student Spotlight of Wednesday's meeting of the Vale School District Board of Directors.

With several big budget projects now completed, administration at Vale School District are getting ready to spend the final funds from the 2016 bond that was passed.

When the bond was passed in 2016, Vale School District had three major projects to complete:

• Building the new middle school behind the high school.

“I never dreamed we’d have every project that is a top priority completed and still have money left,” McBride said.

And with the money, McBride said the district needs to return to the original plan for the bond funds and look at some of the smaller projects that were listed. On Thursday, McBride said one of the biggest needs currently is the heating system at Vale Elementary School.

According to McBride, the heating system at the elementary school was installed in 1970 and is high voltage and inefficient. In a previous study, McBride said the heating system was identified to be past its life expectancy in 2016.

McBride said the district is hoping to look into ductless mini split units for the classrooms, which is what is currently at Willowcreek Elementary School. The mini split units would also allow for air conditioning in all the classrooms at the elementary school, which it currently does not have. McBride said the lack of air conditioning (which was a concern at the old middle school as well) can sometimes hurt classes in the early fall and late spring.

Maintenance and Grounds Supervisor Quinn Mulvany said he couldn’t think of a cost estimate for the project as they still have to verify that the units would be compatible with the facility.

McBride added that a secondary project could be to update the fire escape doors at the elementary school. The doors at the school have been in place since the school was built, McBride said. Mulvany said the school could replace them with stronger metal doors, as the current ones are not very sturdy.

The new well at Willowcreek Elementary has been completed, but the school is still waiting on test results from the state before connecting the well to the school. Mulvany said the sample results should be back soon, and was happy to report that the new well tested negative for E. coli.

The new well has a correction system, meaning the school can make the water safe for the school to use even if certain contaminants are present.

The E. coli present in the old well was found in mid-September of 2019. Students and staff members of Willowcreek had been using water dispensers in every room. McBride said the testing for E. coli was done as a routine test, and no one became sick from the water.