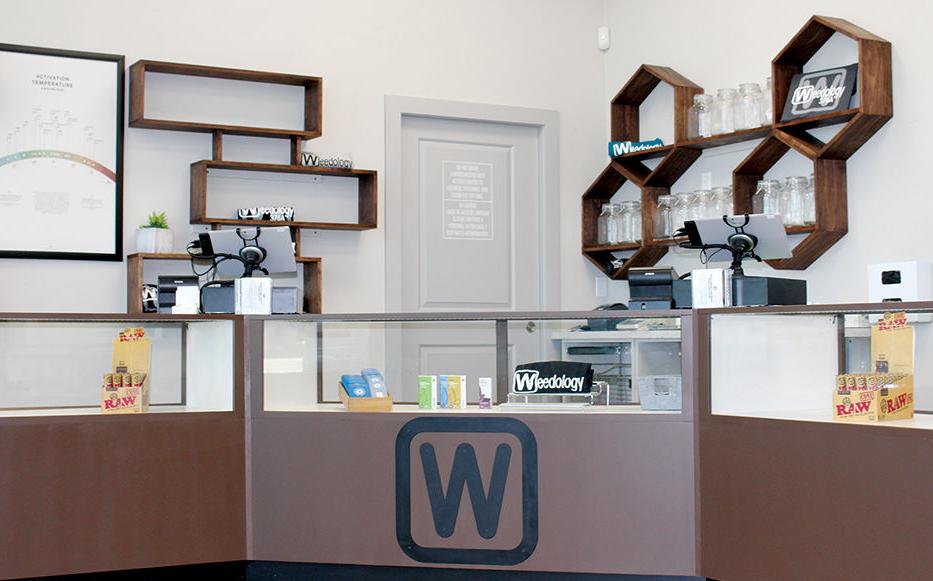 The sales floor of Weedology is complete with shelves in the shape of Tetrahydrocannabinol (THC) molecules, as seen in this photo July 24. 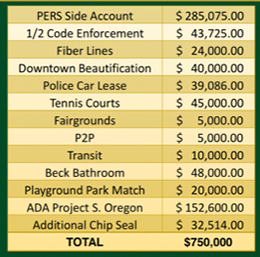 This chart shows the allocation of marijuana sales revenues and how the City of Ontario plans be using those funds.

The sales floor of Weedology is complete with shelves in the shape of Tetrahydrocannabinol (THC) molecules, as seen in this photo July 24.

This chart shows the allocation of marijuana sales revenues and how the City of Ontario plans be using those funds.

ONTARIO — Eric Lantz, general manager of Weedology, not only brings enthusiasm to his team, he brings with him a background of business experience. One of the aspects of the store that he wants to impress upon the local community is the branding of the “W” along with the designation “376-A.” No, this is not the new “420,” 376-A is the specific exit visitors need to take to get off the freeway that will take them to Weedology.

Lantz wanted to remind the community that Thursday’s ribbon-cutting ceremony will be an event only, and that the store will not open for sales until the following day — Friday. When asked if he was nervous about having a potential flood of customers, he said that he was quite the opposite.

He emphasized that the recreational marijuana dispensary is a local business and that throughout the construction process, the owners sought to use local contractors and businesses to renovate and construct the building. Lantz also mentioned that benefits for employees are also locally based.

The shop’s physical building has undergone many changes since construction began. To see a comparison of before and after pictures, Lantz directs interested people to check out the store’s Instagram. He said the previous business to occupy the space was a car dealership.

As a reminder to anyone who wishes to shop at the dispensary but who cannot find a parking space, nearby businesses are not able to accommodate any overflow parking. Les Schwab Tire Center next door has a high volume of customer traffic on a daily basis.

“We’re so busy all the time, we need our parking,” said assistant manager Chad Tillett.

Concerns about the potential traffic surrounding the dispensary on East Idaho Avenue have been a mounting issue.

City Manager Adam Brown said that parking precautions were taken into consideration during the planning stages. He also said that it will be challenging in the beginning following the store’s opening, but he anticipates that traffic will ease up as more dispensaries open in town.

When asked about the city’s budget pertaining to the use of marijuana revenues, Brown responded that the city had planned on multiple dispensaries to open on July 1, however, with the opening being delayed, the budget is being reviewed and the city is holding off on any spending until “we see if we’re on target.”

We’re so busy all the time, we need our parking.

No one cares Steven. Not one person. You do know what opinion are like, right? Everyone has one, but most of the time, they don't need to be heard.

Then you don't need to reply, do you?

Well, the pot shop opened, did the earth split open? Must not mean anything anymore.

Don't count your Doobies until they're rolled, Bros. I'm good with my diabetes and heart disease/