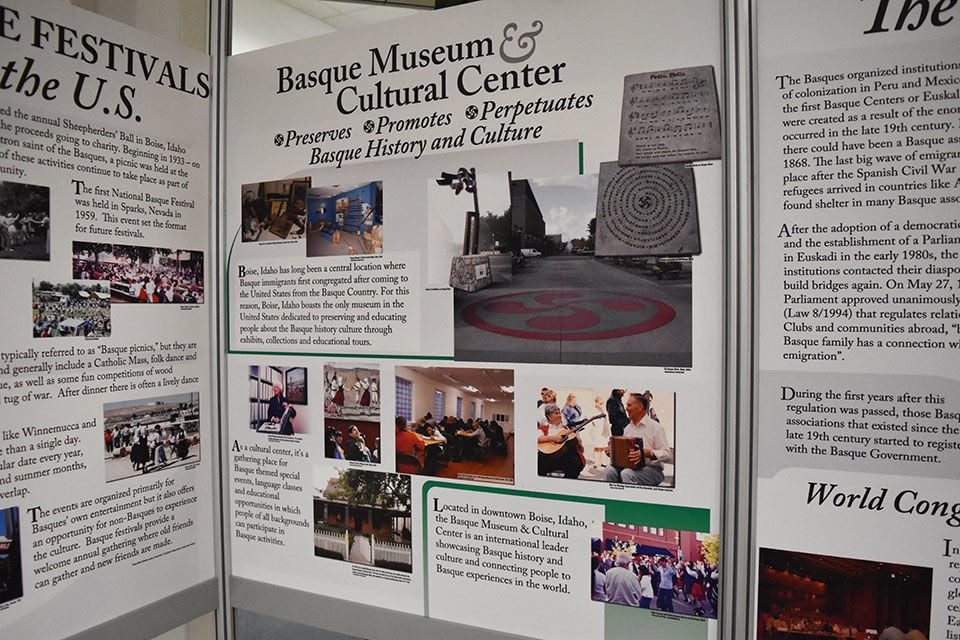 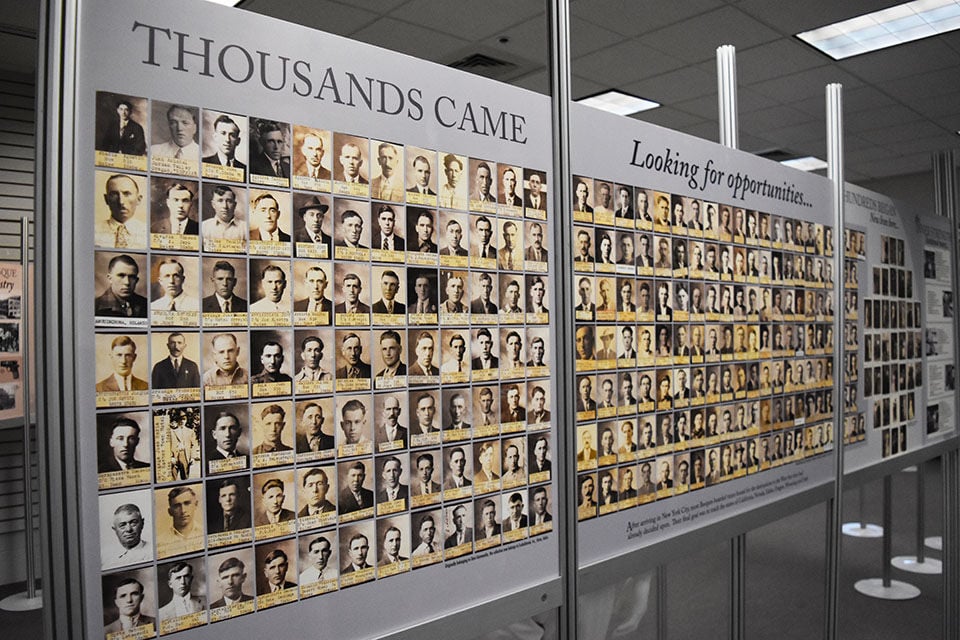 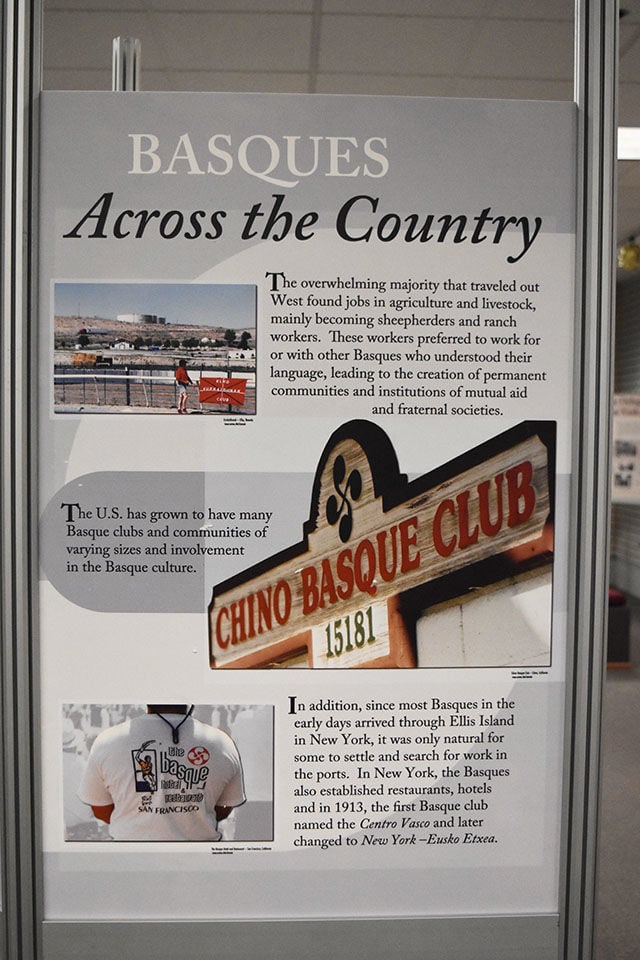 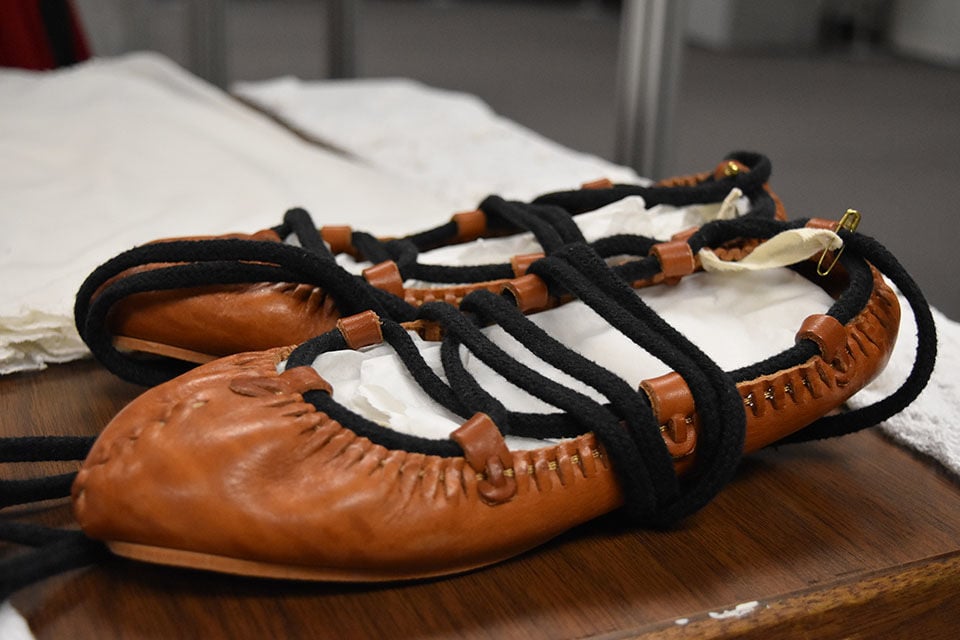 A pair of shoes seen at the Basque exhibit. 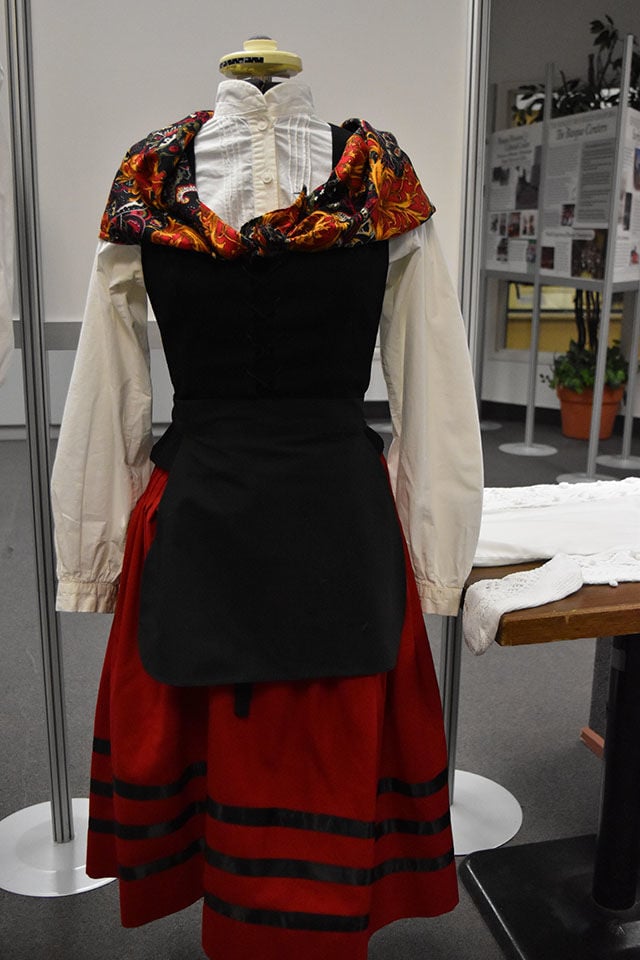 A Basque dress as seen at the exhibit. 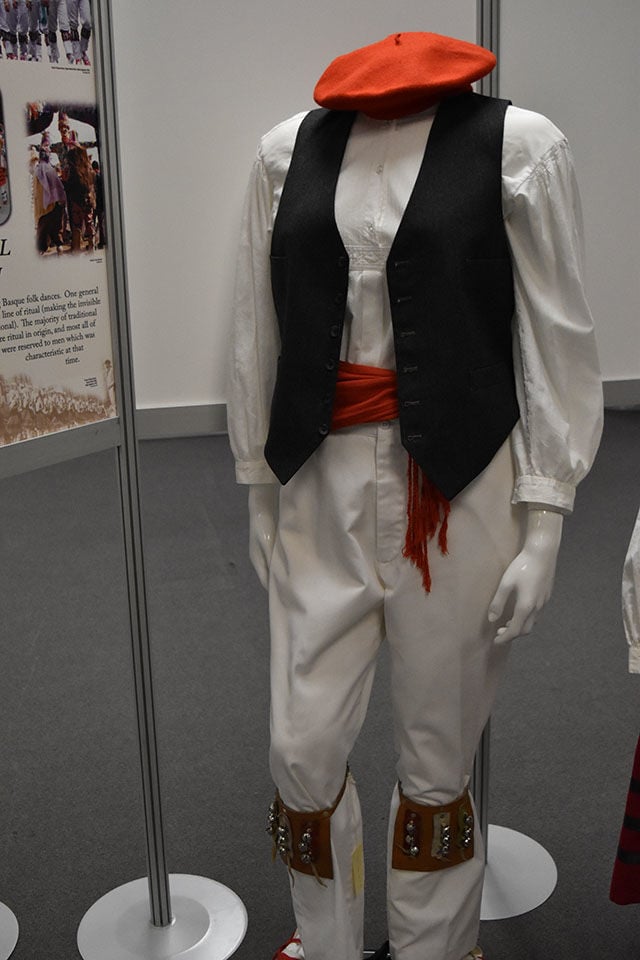 A Basque outfit as seen at the exhibit.

A pair of shoes seen at the Basque exhibit.

A Basque dress as seen at the exhibit.

A Basque outfit as seen at the exhibit.

Home to generations of Basque men, women and children, the Western Treasure Valley is one of many regions throughout the country which houses descendants of the ancient European ethnic group.

From New York to the western parts of the nation, Basques settled across the states, including parts of eastern Oregon but before they settled, they came in waves.

From Basque Country to America

As with many cultures across the United States, migrating to America is a story which also belongs to the Basques, and it is a tale that prominently began in the 19th century.

Etched between France and Spain, and located between the western Pyrenees mountains and the Bay of Biscay, is Basque Country. Between 1911 and 1915, 18,547 Basque men from the Spanish side of the Pyrenees left their homeland, said Lisa Corcostegui. She is a local Basque who teaches her culture and has spent more than 20 years on genealogical research.

The men who traveled to the area, she said, were responding to a need in the labor market as sheepherders.

Those who traveled to the United States eventually settled, some making their new home in Jordan Valley and nearby areas. This was due to the common practice of what is known as chain immigration. In this, a Basque immigrant found work in the area for relatives and friends who still lived in Basque Country, according to the Ontario Basque Club website.

Locally, Corcostegui said, those relatives primarily came from the province of Biscay in Basque Country, which is why most Basques from this area are of Bizkaian ancestry.

By 1900, the U.S. Census recorded 11 Basques in Jordan Valley and an additional 27 individuals in the areas of Summit, Crooked Creek, Three Forks and Star. It would be nearly 20 years later when Basques spread throughout in other areas, including Ontario and Vale, according to the 1920 census, Corcostegui added.

Home away from home

Due to a need for sheepherders, the settlement pattern of Basque immigrants called for the need of a temporary home. Locally, in Ontario, Maria and Jack Echanis, both from Mutriku, Gipuzkoa, opened a boarding house in 1922 providing a home away from home for Basque herders in the area, according to the Ontario Basque Club website.

However, Corcostegui said, the first boarding house burned down in 1930. Later, in the following year, the family built another establishment — a two-story home which still stands today on North Oregon Street.

Like many boarding houses which housed Basque herders, the Echanis establishment was a familiar environment in every way possible.

The home created a place where Basque culture, activities and food thrived, according to Corcostegui.

In many ways, it also established the Basque community in Ontario, as it was not unusual for Basque men and women to gather at the Echanis Boarding House to socialize or host meetings. In fact, it was where the first meeting for the Ontario Basque Club was hosted and where the first dances were held, Corcostegui said.

While it no longers functions as a boarding house, the home was once a staple of the Basque community.

With the startup of the club in 1947, local Basques have kept traditions and customs of their culture alive.

For 70 years, descendants have hosted a annual benefit dance, dinner and auction — an event which features a live lamb auction and a traditional Basque dance performance.

Aside from this annual affair, local Basques also have the Ontario Basque Center which is housed at the Ontario Train Depot. There, Corcostegui said, meetings, cultural classes and other events take place.

In 1994, the Ontario Basque Club began a project of historical collection called Sustraiak which translates to “Roots,” Corcostegui said.

The collection is made up of family histories, documents and photos. That database, she said, contains more than 5,000 individuals linked to families of Ontario Basque Club members throughout the years, as well as Basques who are buried at Sunset and Evergreen cemeteries.

“We think that the database will be useful to Basques in the Western Treasure Valley as well as relatives in the Basque Country who may be curious to see where their relatives settled,” she wrote in an email.

Coming soon is a book to celebrate the club’s 75th anniversary, which members hope to have ready by then.

“It will tell the story of the club and also the Basques in this area, particularly those in Malheur County,” Corcostegui said.

Euskara is the native language of Basque people. With more than 6,000 languages in the world, the Basque language stands alone without a known connection to any other.

Want to take a look at the local history of Basque families?

To see a map that shows where to find Basque descendants: http://bit.ly/2tYzX4t.

Boise is home to the nation’s central location for maintaining Basque culture at the Basque Museum and Cultural Center.