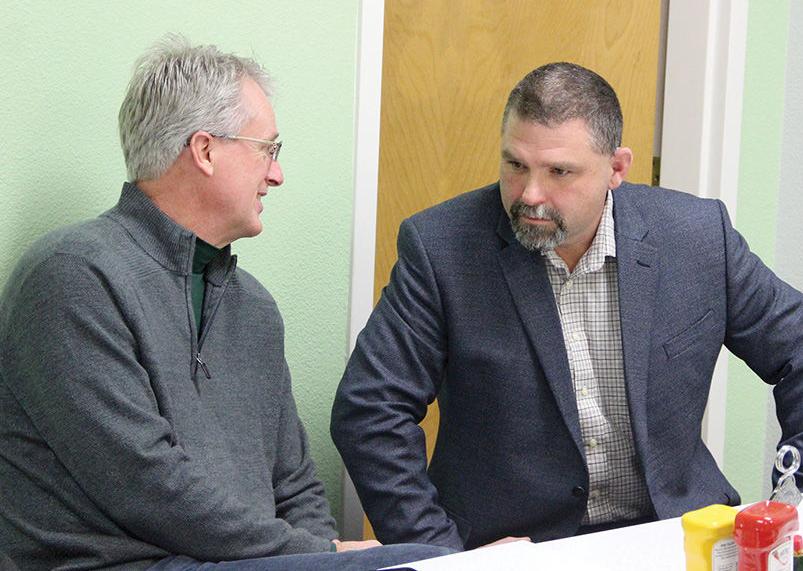 Mark Owens, right, candidate for state House District 60, listens to comments from Bill Johnson during a meet-and-greet Saturday at the Plaza Inn in Ontario. 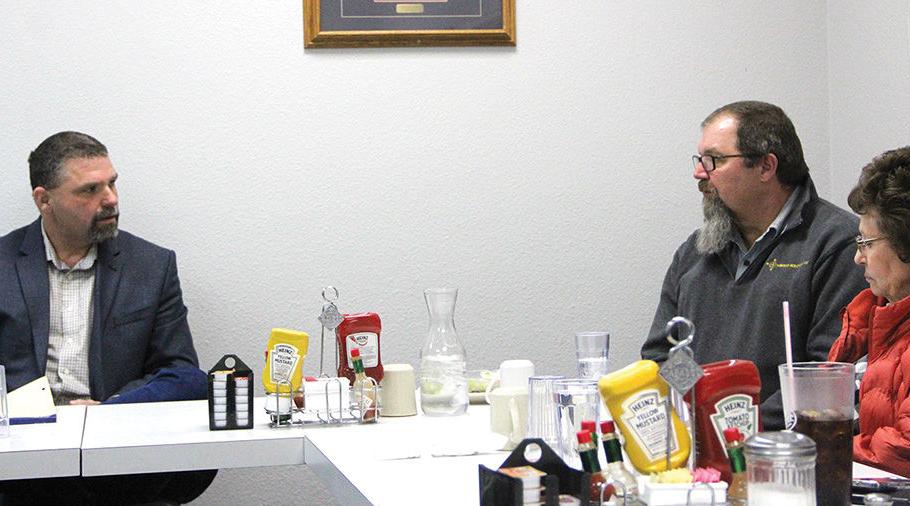 Mark Owens, left, visits with Andy Bentz and Nina Ward, during the meet-and-greet. Bentz was Malheur County Sheriff from 1997 until his retirement in 2011.

Mark Owens, right, candidate for state House District 60, listens to comments from Bill Johnson during a meet-and-greet Saturday at the Plaza Inn in Ontario.

Mark Owens, left, visits with Andy Bentz and Nina Ward, during the meet-and-greet. Bentz was Malheur County Sheriff from 1997 until his retirement in 2011.

Those nominations will be considered for the final selection for the post which will be appointed by governing boards from the five counties during a special meeting on Tuesday at TVCC.

This is necessitated by the appointment of Findley to Senate District 30 on Jan. 6 to replace Cliff Bentz, who resigned early to run for the U.S. House under a similar process.

The only announced candidate for state House District 60 is Mark Owens, a Harney County Commissioner. Owens farms near Crane and is on the Crane School Board, where his wife is a teacher.

Owens has also filed to run for the Republican nomination for the position in the May Primary.

During a meet-and-greet over the weekend at the Plaza Inn in Ontario, Owens said he had served on the County Planning Commission and is active in the Eastern Oregon Counties Association which, he says, gives counties on this side of the state a bigger voice.

Much of his focus will be on protecting agriculture and natural resources, he said, as well as business.

“Business needs to be treated fairly,” he added.

Commenting on an education issue, Owens said he is OK with charter schools, but in his opinion but they should not be for for-profit.

On other issues, Owens said there has to be flexibility in land use laws and regulations, that there needs to an exemption for farmers from the gross receipts tax to allow them to survive.

What: Special meeting with governing boards of Malheur, Harney, Grant, Baker and Lake counties to appoint someone to fill vacancy in Oregon House District 60.