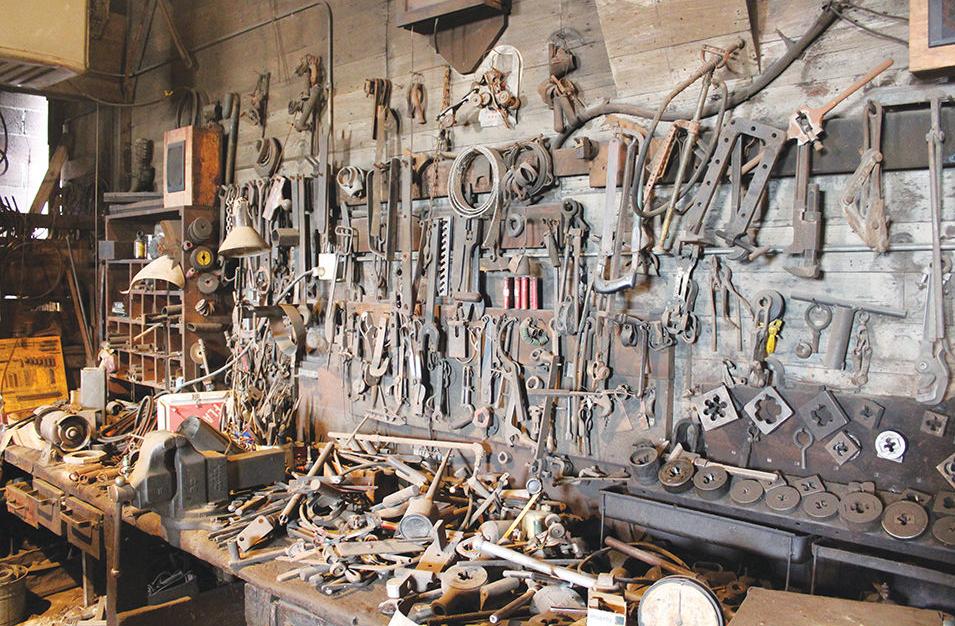 The wall of tools at Tuttle Blacksmithing and Welding, with tools that have been hanging on the wall since the 1940s. 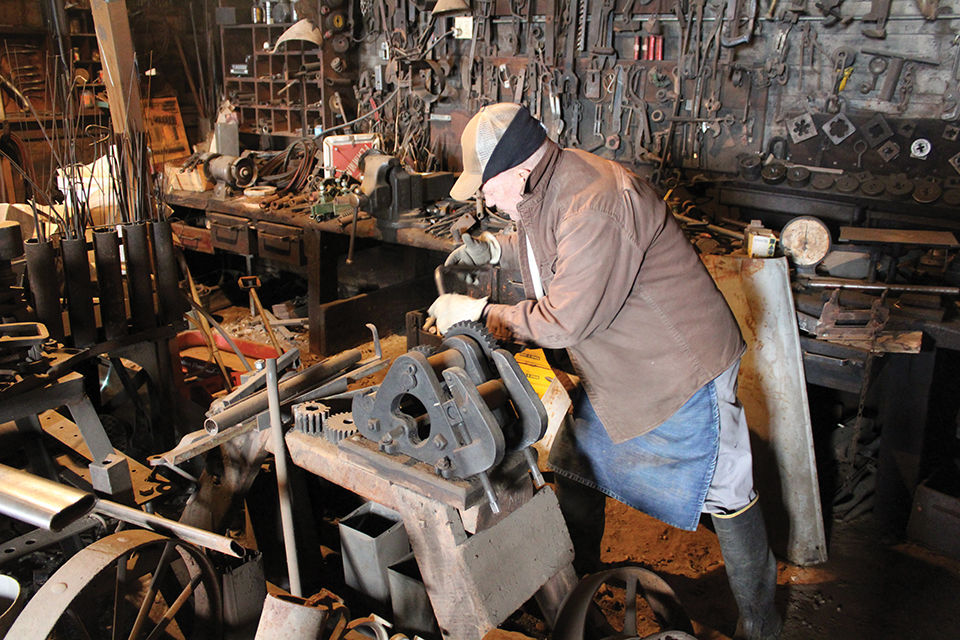 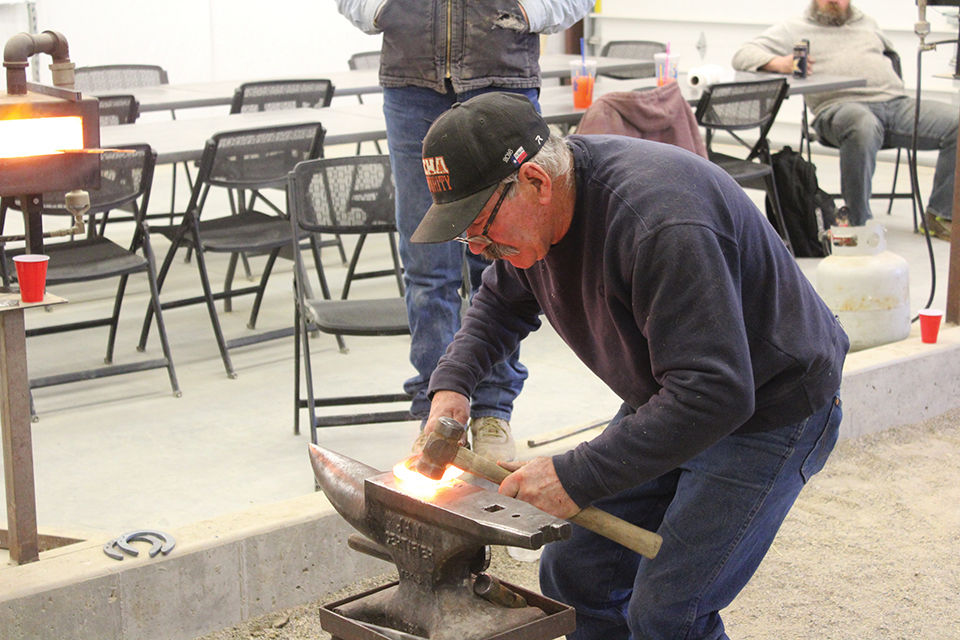 Pat Smith hammers away at at piece of metal to make a horseshoe. 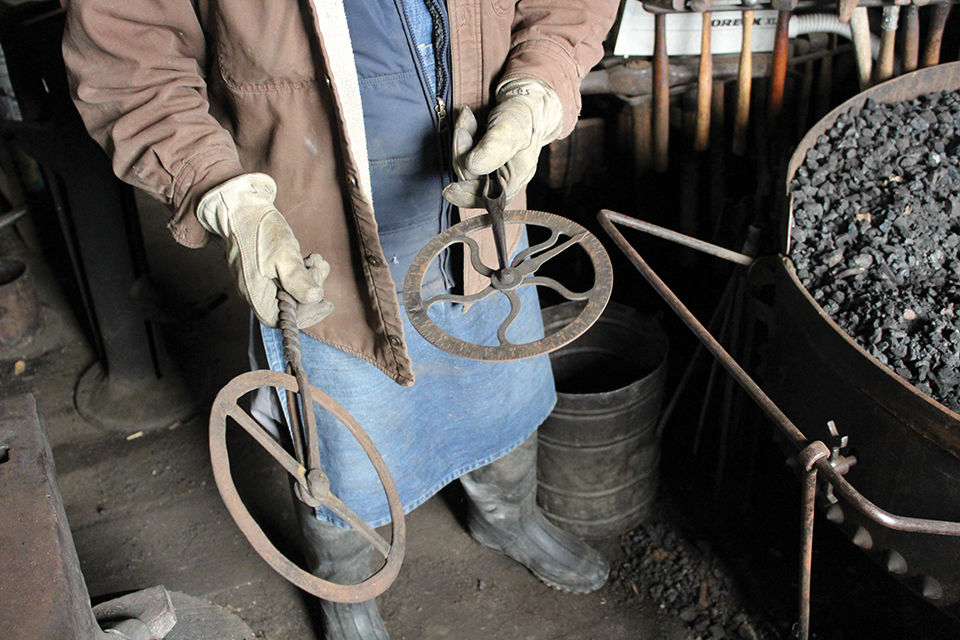 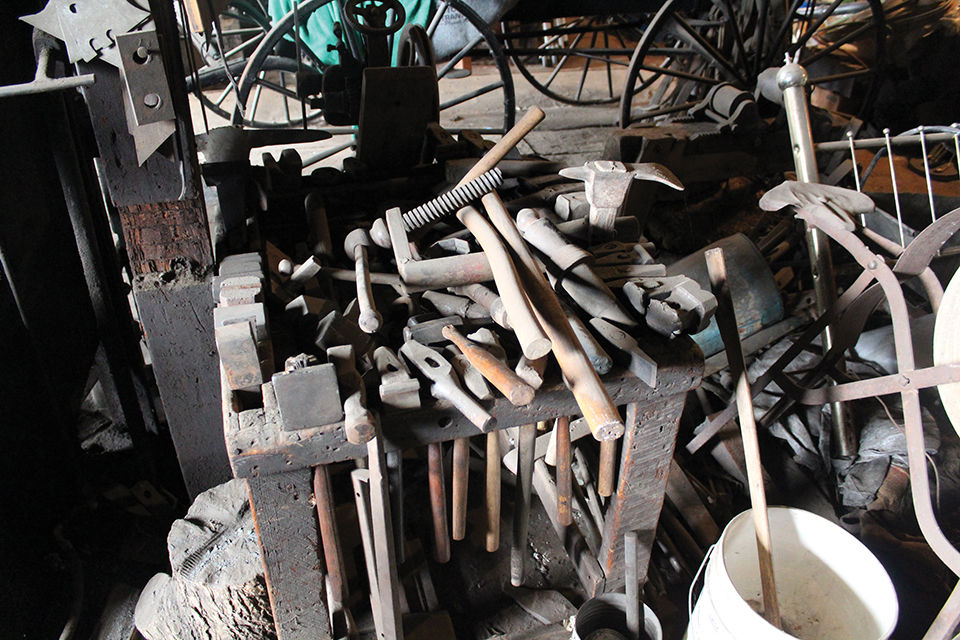 This photo shows a tool holding contraption overflowing with hammers at Tuttle Blacksmithing and Welding. 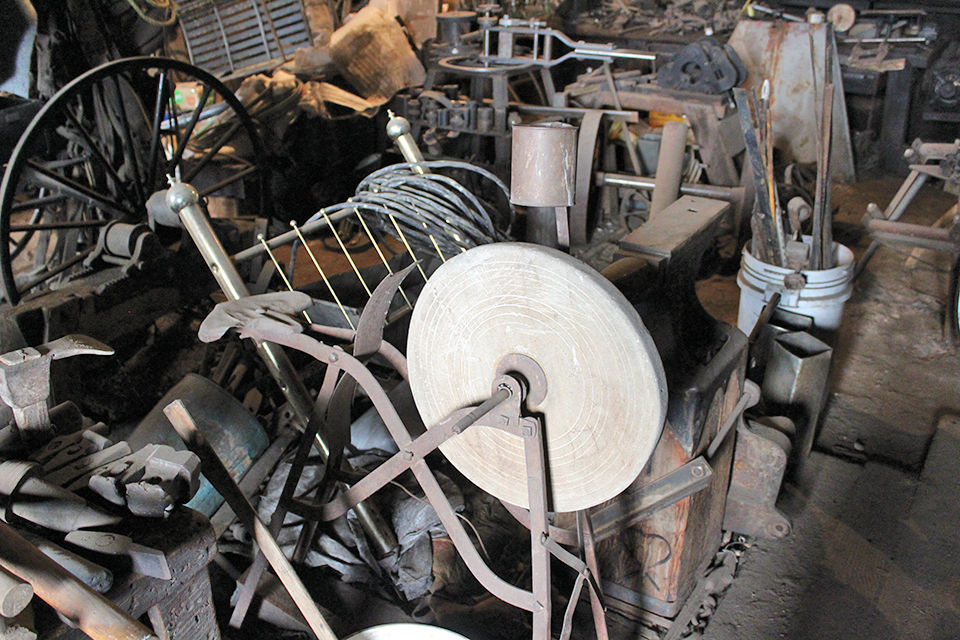 This photo shows a sharpening wheel. 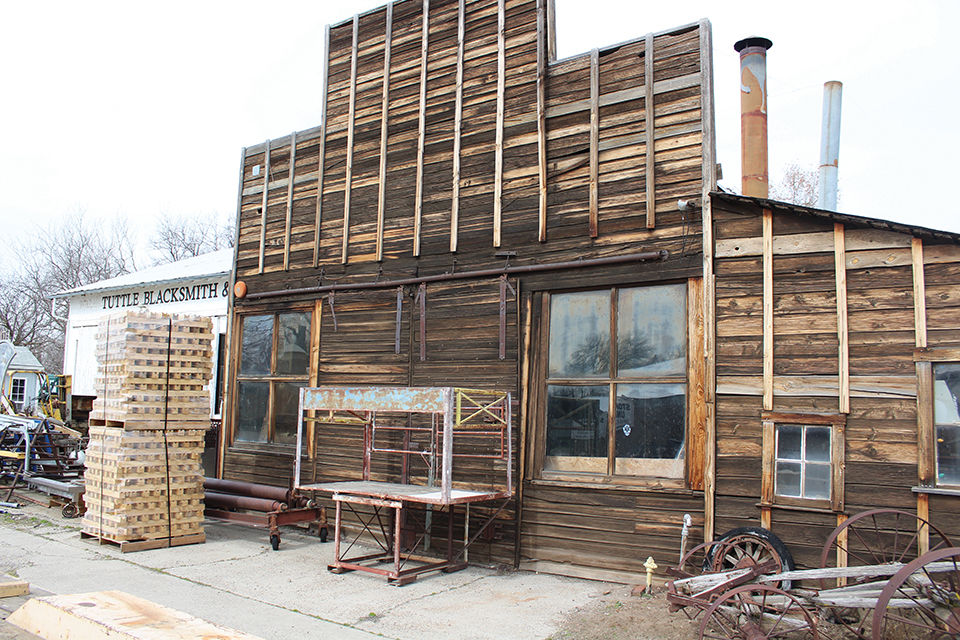 The facade of Tuttle Blacksmithing and Welding has been untouched since it first opened.

The wall of tools at Tuttle Blacksmithing and Welding, with tools that have been hanging on the wall since the 1940s.

Pat Smith hammers away at at piece of metal to make a horseshoe.

This photo shows a tool holding contraption overflowing with hammers at Tuttle Blacksmithing and Welding.

This photo shows a sharpening wheel.

The facade of Tuttle Blacksmithing and Welding has been untouched since it first opened.

With the need for horseshoes, tools and fixing equipment, one of the most prolific businesses 125 years ago was blacksmithing.

So much so, that one of the first buildings to go up in New Plymouth was the blacksmithing shop owned by Walter Burke.

According to the Tuttle Blacksmithing and Welding website, Ray Tuttle bought “a half-interest” in Burke’s blacksmithing shop and started working with him in November 1919.

In March 1920, Tuttle bought out Walker and began running the shop himself. The new owner ran Tuttle Blacksmithing until he died in 1969 and his son, Larry, took over.

Jerry Jones purchased the property in 1990, when Larry Tuttle retired. Jones, who is not a blacksmith, went to school to learn how to weld and has been doing welding jobs ever since.

While the original job of a blacksmith focus primarily on making horseshoes and fixing equipment, the job eventually evolved to other metal work. An excerpt from the Tuttle Blacksmithing site follows.

“I’ve always had plenty of work, but it has drifted from horseshoeing and wagon work to a more modern type of equipment and its heavier material also,” Tuttle wrote. “The acetylene welding and cutting and arc welding have sure been a great help in performing the different jobs that have to be done. It would be impossible to get along without them.”

According to Pat Smith, who teaches the horseshoeing class at Treasure Valley Community College and has been making horseshoes professionally since 1976, many blacksmiths turned into mechanics in the 1940s as the population of farming horses dropped with the move to more vehicles on farms.

Smith said blacksmithing came back in the 1960s when more people started riding horses for fun.

While a lot of modern blacksmithing is for making horseshoes, Smith said there are still a lot of blacksmiths who make tools and knives recreationally.

Very little has changed in how blacksmithing is practiced. According to Tiffany Wechsler, the owner of Ontario Horseshoe, outside of gas forges the process of making horseshoes is the same.

The forges sold by Ontario Horseshoe look nothing like the old forges. At Tuttle Blacksmithing, forges are large pits of coal that metal would sit in until it was red hot. Modern forges are basically small kilns, which hook up to propane and heat metal much faster.

According to Smith, gas forges started popping up in the 1960s. Running on propane was much cheaper and more environmentally friendly than running on coal.

The gas forge made it more economical,“ Smith said. “It’s much cleaner. That was a big, big change.”

But Smith said coal forges are much faster than gas forges. Gas forges are generally getting metal up to 2,500 degrees, but coal forges will burn much hotter.

“The coal forges are much faster,” he said. “You can get the metal to, like, three-thousand degrees. It will turn the metal to a liquid.”

In forge welding, blacksmiths using a gas forge will need a flux that will bind the pieces of metal. But in a coal forge, the flux isn’t needed as the metal will melt to itself.

Wechsler said many of the horseshoers that she works with are able to keep their equipment in their trucks.

“Horseshoers are mobile, now,” she said.

Smith agreed that there are a lot of horse owners who enjoy shoeing their own horses, as it makes them feel closer to their animals.

“When you go to shoe your own horse yourself, you’ll see things,” Smith said.

Forge welding requires a flux, a binding agent, in a gas forge. Flux can be bought from the store, usually a silica sand with metal shavings, but what household item can be used instead?

A: Salt and Pepper