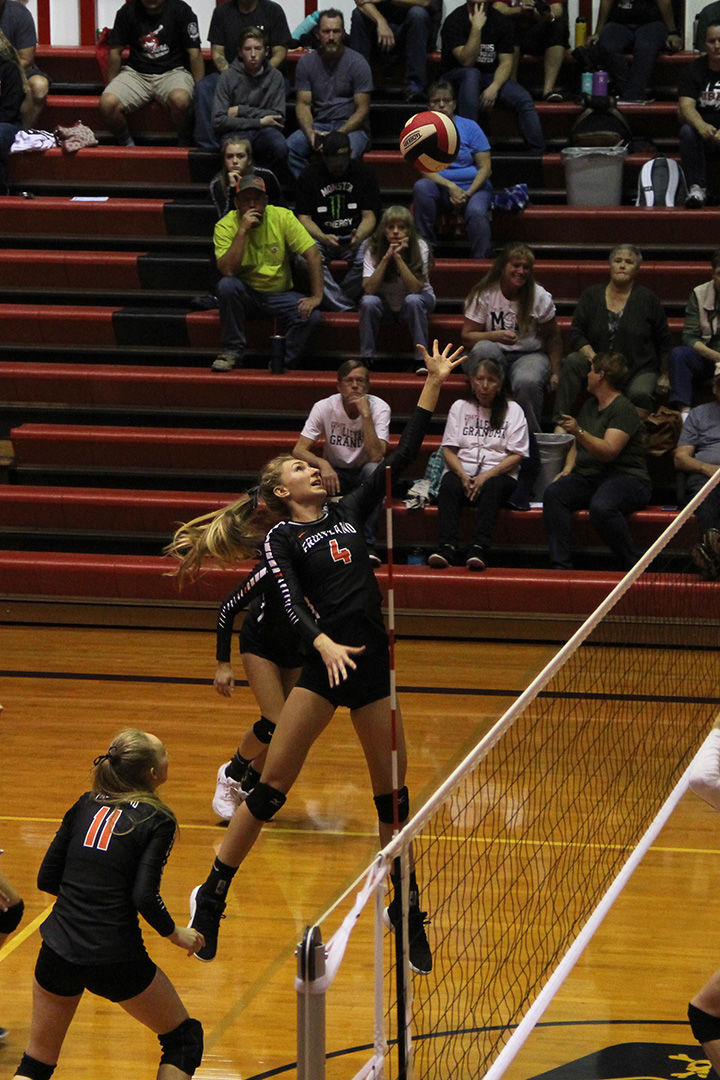 Hardy (4) jumps to tip the ball over the net during the Grizzlies’ game at Payette on Sept. 26. 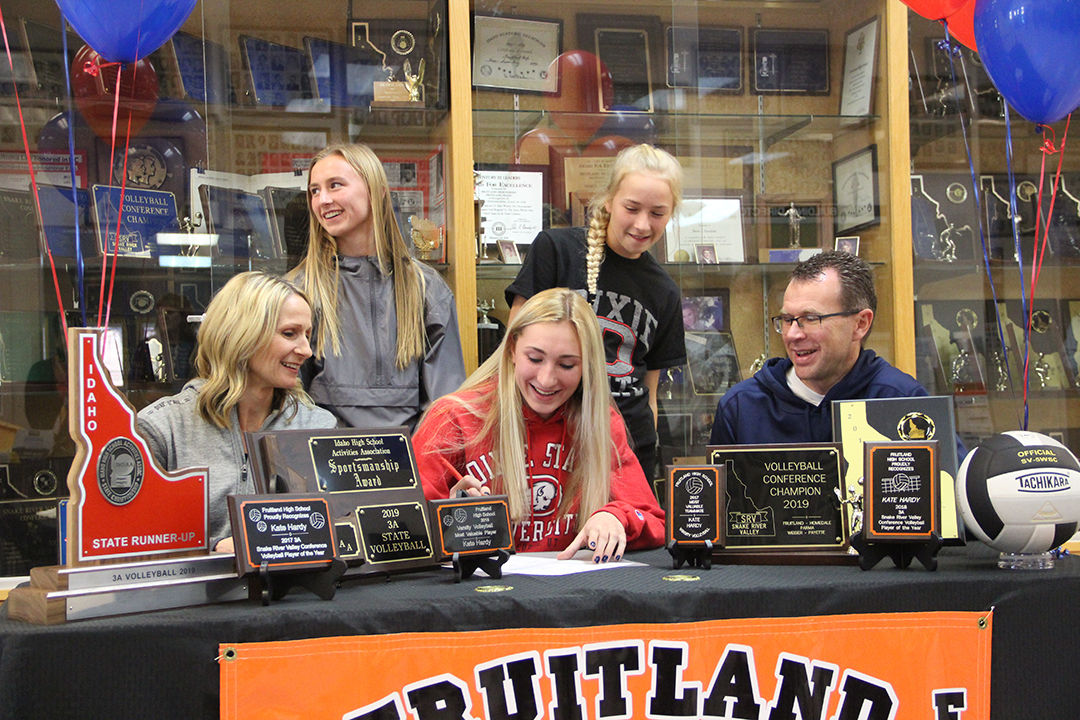 Hardy (4) jumps to tip the ball over the net during the Grizzlies’ game at Payette on Sept. 26.

One of the most dominant volleyball players in the Treasure Valley is headed to college as Fruitland senior middle blocker Kate Hardy signed her letter of intent to join Dixie State University on Wednesday afternoon.

Hardy was a three time Snake River Valley Player of the Year and helped lead the Grizzlies to two SRV Championships and two state tournament appearances in her four years of varsity volleyball.

While Hardy also got looks from other Division I colleges, she said the environment in St. George, Utah was what sold her on joining the Trail Blazers.

“I just loved the atmosphere when I went to visit them,” Hardy said. “The coaches were really nice and the teammates were all great. We just all got along really well.”

While Hardy is primarily a middle blocker, she has been used all over the court for the Grizzlies. Before high school, she played setter and defense. She said she would be sticking to middle blocker when she joins Dixie State.

Hardy will spend one more offseason with Idaho Crush before heading to Dixie State. She said working with the club team will be a good way to get ready for the NCAA Division I competition.