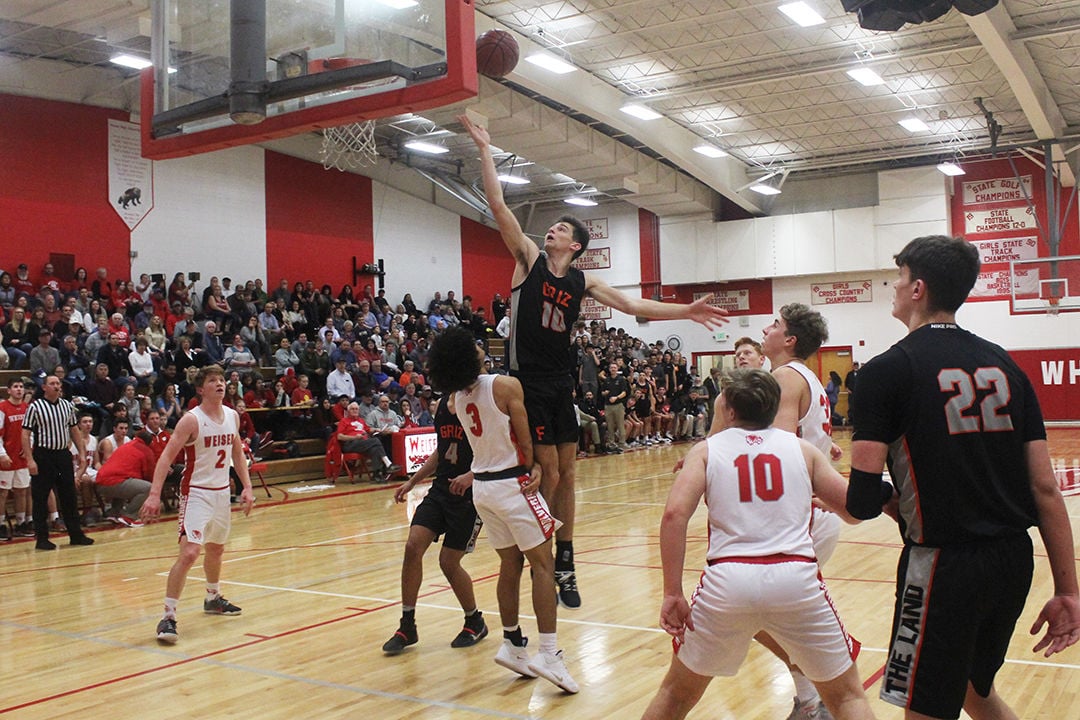 Fruitland’s Hyrum Lindsey (10) drives into the lane over Weiser’s Caleb Harris (3) during the Grizzlies’ win over the Wolverines on Jan. 23. 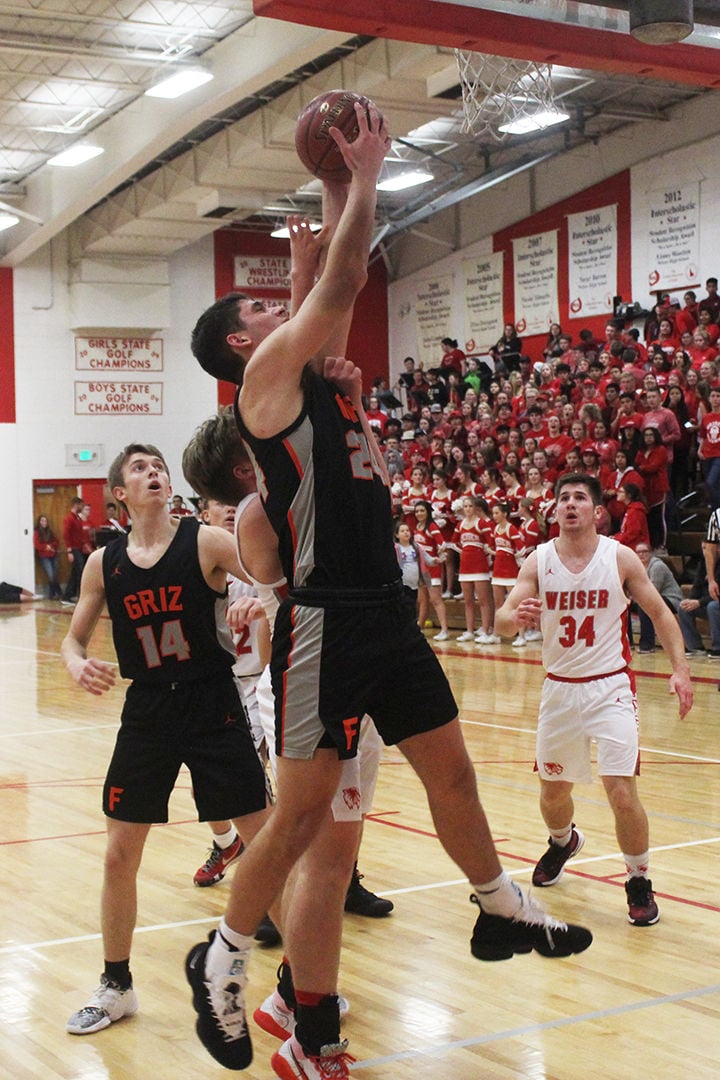 Fruitland’s Hyrum Lindsey (10) drives into the lane over Weiser’s Caleb Harris (3) during the Grizzlies’ win over the Wolverines on Jan. 23.

While the Weiser gym was raucous from start to finish on Thursday night, the action on the court was hardly as boisterous. The visiting Fruitland boys basketball team used a big third-quarter surge to take a 53-20 win over Weiser to take a one-game lead in the district race.

Despite the lopsided win over a league opponent, Fruitland (14-1, 2-0 SRV) co-head coach Willie Lake said he thinks the Grizzlies still have a lot of growing up to do as the league schedule progresses.

“The last several games, I felt like we were in our own way a bit,” Lake said. “Tonight we took a step into kind of figuring things out.”

With the Snake River Valley schedule just getting underway, Lake said the Grizzlies have to keep working.

“We’ve got to get better at both ends,” Lake said. “There’s definitely still a lot of room for growth. But we got better tonight.”

Both Bower and Lindsey were on the junior varsity team last winter and have been major boosts to the reloaded Grizzlies.

“We did lose a lot of guys last year, but we still have a lot of good guys back and the JV guys are here,” co-coach Mark Van Weerdhuizen said. “We have guys that just want to compete. They’re all working to maximize their abilities and they play well together. They are fun to coach.”