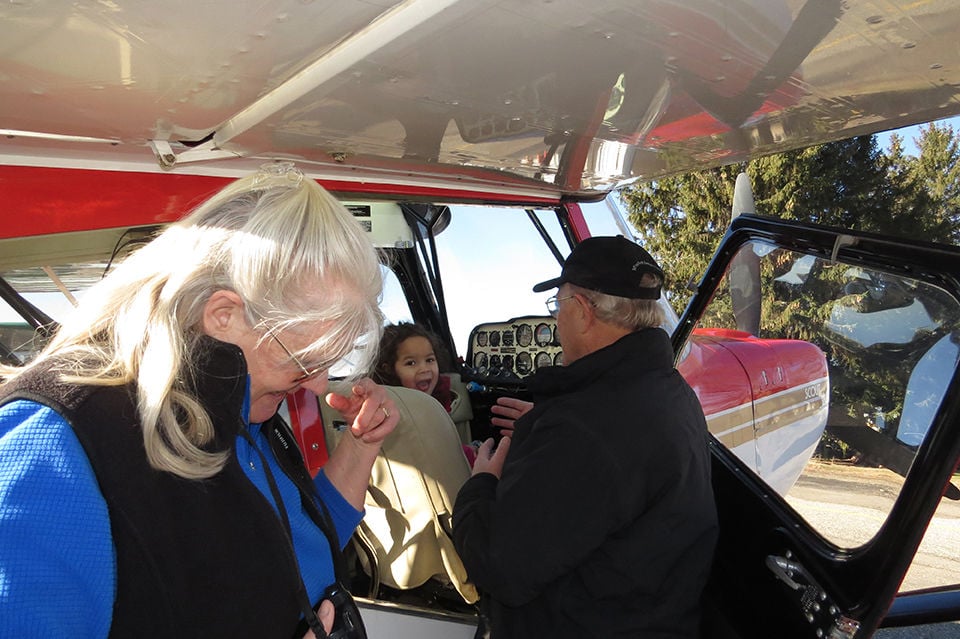 WICAP Head Start student Cordelia Hallett is obviously enjoying the opportunity to sit in the cockpit of this aircraft owned by Payette pilot Paul Sunderlin, right. In foreground is Beverly Sunderlin. 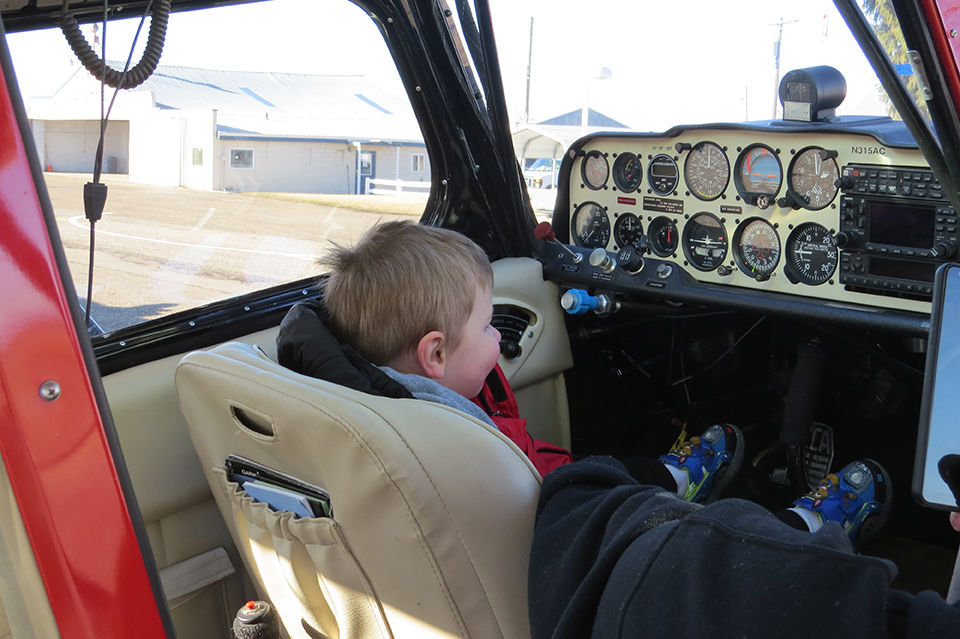 Brant Frederickson, 2, enjoys taking a good look at the instrument gauges inside an aircraft.

WICAP Head Start student Cordelia Hallett is obviously enjoying the opportunity to sit in the cockpit of this aircraft owned by Payette pilot Paul Sunderlin, right. In foreground is Beverly Sunderlin.

Brant Frederickson, 2, enjoys taking a good look at the instrument gauges inside an aircraft.

For the second consecutive year, Payette Municipal Airport was an educational hot spot for the area’s youngest learners as students from the WICAP Head Start in Payette paid a visit to local pilots, who happily showed the youngsters their aircraft.

By mid-morning on March 14, around half a dozen pilots who regularly use the airport were gathered on the pavement near the facility’s fueling area, enjoying casual conversation in the sun while they awaited arrival of WICAP’s busload of children. A few of the pilots remarked on the good fortune of holding the event on a day with calm air. Only a day earlier it had been windy.

Frazer Peterson, a member of the Payette Airport Commission, said the plan was to have the children tour the row of three general aviation aircraft parked nearby. Children would be able to sit inside a cockpit, but there would be no flights.

In addition to the three fixed-wing craft, the lineup included a small helicopter brought by Payette pilot Nikita Clark, a flight instructor for Horizon Air who talked to the entire group of children, teachers and parents about aviation.

After everyone was through looking at the aircraft, the group continued their tour indoors at the Payette air terminal.

Head Start teacher Angie Hendricks said 16 Head Start students and two younger children accompanying Head Start parents made for a total of 18 children in this year’s airport event. She said the children had been studying the subject of travel during the preceding week, and had performed some experiments with wind.

In addition to Peterson and Clark, other local pilots who participated in the educational morning at the airport were Fruitland’s Dave Koeppen, and Charles Storer, Paul Sunderlin and Pete Morgan all of Payette. Paul Sunderlin’s wife, Beverly Sunderlin, took photographs.