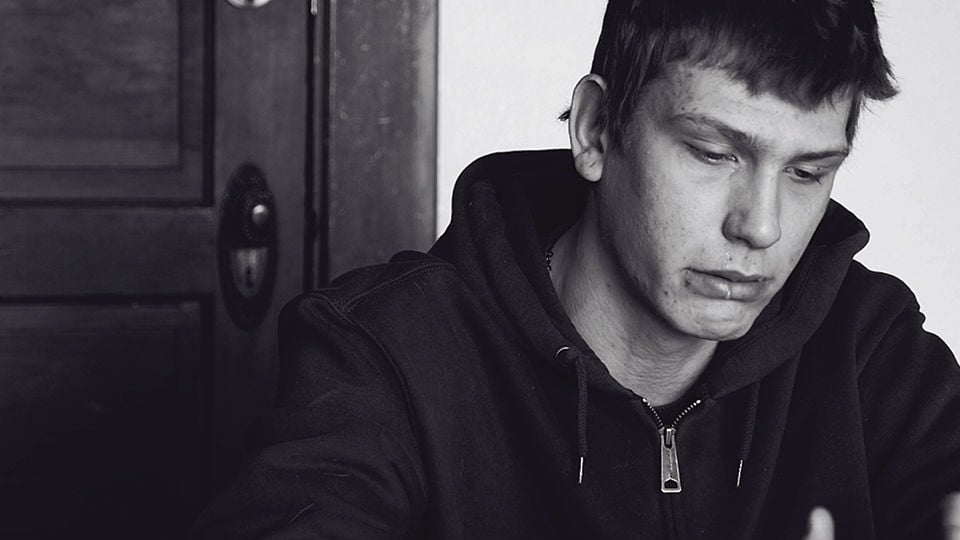 Gunner Goff, 19, pleaded guilty to involuntary manslaughter in the death of Deone Kinney, 17. Goff was sentenced on Wednesday. 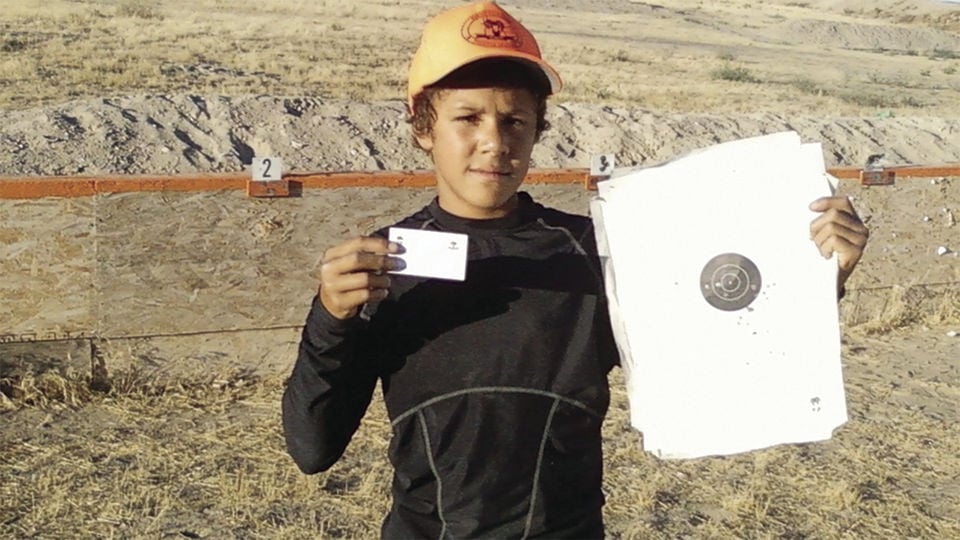 Deon Kinney is pictured with his hunter safety hat and certification card, a photo part of a video project Goff’s sentencing requires him to participate in. The 6-minute video is yet to be released, but was shown in court.

Gunner Goff, 19, pleaded guilty to involuntary manslaughter in the death of Deone Kinney, 17. Goff was sentenced on Wednesday.

Deon Kinney is pictured with his hunter safety hat and certification card, a photo part of a video project Goff’s sentencing requires him to participate in. The 6-minute video is yet to be released, but was shown in court.

A year after an Idaho teen shot and killed his close friend, the teenager stood before a Payette County Magistrate judge to hear his imposed sentence after pleading guilty to involuntary manslaughter.

Gunner Goff, who was 18 at the time of the shooting, pleaded guilty to the charge of involuntary manslaughter in May. Per the plea agreement, Goff, 19, was sentenced to five years fixed and five years indeterminate, suspended, on Wednesday.

During sentencing, the prosecutor and judge made it clear that a firearm was recklessly pointed at Deon before a gunshot hit him in the chest. Equally as clear, as mentioned in court, is that Goff did not intentionally mean to kill Deon. These facts made it a “tricky case,” as described by Payette County District Judge Susan Wiebe.

After hearing from both sides of the family, as well as the prosecutor and defense lawyer, Wiebe suspended the jail sentencing in compliance to the plea agreement. Instead, she sentenced Goff to 10 years of probation — the longest period of probation that can be given.

Goff was also ordered to serve 180 days in the Payette County Jail, with 110 of those days suspended. The remaining 70 days will be a combination of jail time and Sheriff Inmate Labor Detail — a form of work crew.

On Friday, at 6 p.m., Goff will start spending 30 consecutive days in jail. He will need to complete 20 days of Sheriff Inmate Labor Detail.

“But it’s hard work, you may be at a dump or at the side of the road. I don’t think that’s light sentence, believe me,” Wiebe said. Goff is also required to participate in a public service video project in conjunction with the prosecutor’s office. And he will be required to speak publicly, as requested, for the purpose of firearms safety education. He will need to complete no less than 500 hours for the public service.

The video project, which Goff footed the bill for, will be available to anyone interested in using it — especially to those who teach hunter safety.

The idea, as prosecutor Ross Pittman said, is to reach as many people as possible with the story.

“If this story can reach somebody and they change their actions and this sort of thing prevents even one incident, that’s the point and that’s the example that I personally think will be the most important in this case,” Pittman said during sentencing.

During his 10 years of probation, Goff is prohibited from purchasing or possessing any weapons or firearms.

As for alcohol and controlled substances, he’ll have to avoid them. Goff will not be allowed to purchase or consume alcohol or enter into a business where the main source of income is from the sale of alcohol. He is also asked to not be in possession of any controlled substance without a valid prescription, as well as be subject to testing for the substances at his own expense.

Wiebe also prohibited Goff from using any forms of social media until it is approved by his parole officer.

“There is no basis for it at this point, which is probably the bigger part of this sentence for someone of your age. At some point it may become reasonable, but not now,” Wiebe told Goff.

Goff must also pay court costs, which are $1,500, however, $500 of it was suspended, and any restitution which arises.

Counseling was recommended to Goff, including an eight-hour alcohol awareness class or any other treatment class. In conjunction, Goff will need to attend a cognitive and behavior program, also known as a thinking errors class.

Before laying out the probationary terms, Wiebe informed Goff of the conditions.

“I will tell you, you’re going to have a five years fixed and five year indeterminate sentence hanging over your head, and if you don’t comply to all the terms of probation, you could end up in prison,” Wiebe said.

The judge went on to explain why she wouldn’t be sentencing Goff to serve prison time. Goff is completely at fault for the death of Deon because of his entirely reckless behavior, she said, however, she doesn’t believe putting a person in prison will deter someone from pointing a firearm.

“I think you’re going to have to live with that guilt for the rest of your life and that is not an easy burden. And that’s not to discount any of the other family who also have to live with this as well because of something that you did. But it’s a pretty big burden,” she said.

Wiebe also set an expectation for Goff to do something with his life.

Prior to sentencing, members of both Kinney’s and Goff’s family spoke in the courtroom.

Tara Sells, Kinney’s aunt, described her nephew to the courtroom as memorable, likeable and loveable.

She also described her nephew’s short life as never easy.

“He got dealt a bad hand and never seemed to catch a break, and the justice system has failed him over and over again, so please don’t let Deon’s death go unnoticed. Deon deserves justice and for the law to be on his side one final time,” Sells said during her witness testimony.

Sells also made it aware that, as a teacher, she was uncomfortable with the thought of having someone who was so reckless with a gun and other actions before and after the crime to speak with kids.

“This puts Gunner in the spotlight, and provides him with an opportunity to make himself out to be the victim and take away from the actual victim —  Deon,” she said.

Sells, as well as other family members, asked Wiebe to consider imposing prison time, asking “What kind of message would the State of Idaho and Payette County be sending?”

Deon’s grandpa, Bert Sideroff called it “miscarried justice” and a “slap on the wrist.”

Sideroff also stated that the whole incident could have been prevented had Goff paid attention during hunters safety class when he took it.

“He broke three fire safety commandments. 1) Treat every firearms as if it was loaded; 2) Never point a firearm at anything you don’t intend to shoot and kill; and 3) Never put your finger on the trigger unless you are sure of your target,” he said.

Sideroff closed with, “I would say something to Mr. Goff, but, I am assuming he’ll only listen as good as he did in hunter safety.”

“If he had even followed one of the gun safety rules, my nephew may still have been here,” Mason Sideroff said.

Family and friends spoke on behalf of Goff expressing that Goff shows deep regret and remorse every day for his actions.

“I had never seen my brother with a best friend. I have never seen two people so close in my entire life,” Dakota Goff, Goff’s older sister said of Deon’s and her brother’s friendship.

During court, Goff apologized during an emotional statement to the courtroom and to both families.

“I’m really sorry you guys have to be here right now. I’m sorry I couldn’t follow a gun safety course or gun safety instructions right. I’m sorry for taking a life of a kid that meant everything to everybody,” he said.

Gunner ended his apology with a quote.

Before dismissing court, Wiebe again made it clear to Goff that she expects him to do something with his life that is worthy of Deon.

“I want you to keep that in mind because that’s what it’s all about,” she said. “... and don’t be feeling sorry for yourself. I know it’s hard. You got a lot of work to do.”