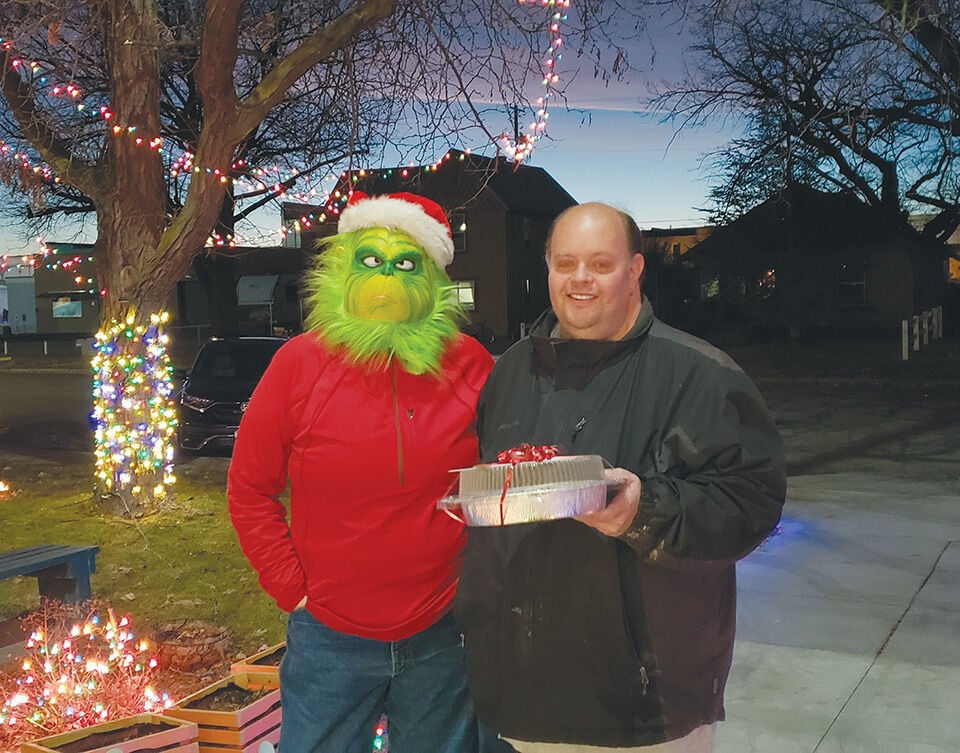 The Grinch frowns for the camera, while Joel Smith receives his prize for the top winning design in the 2020 residential lighting contest. 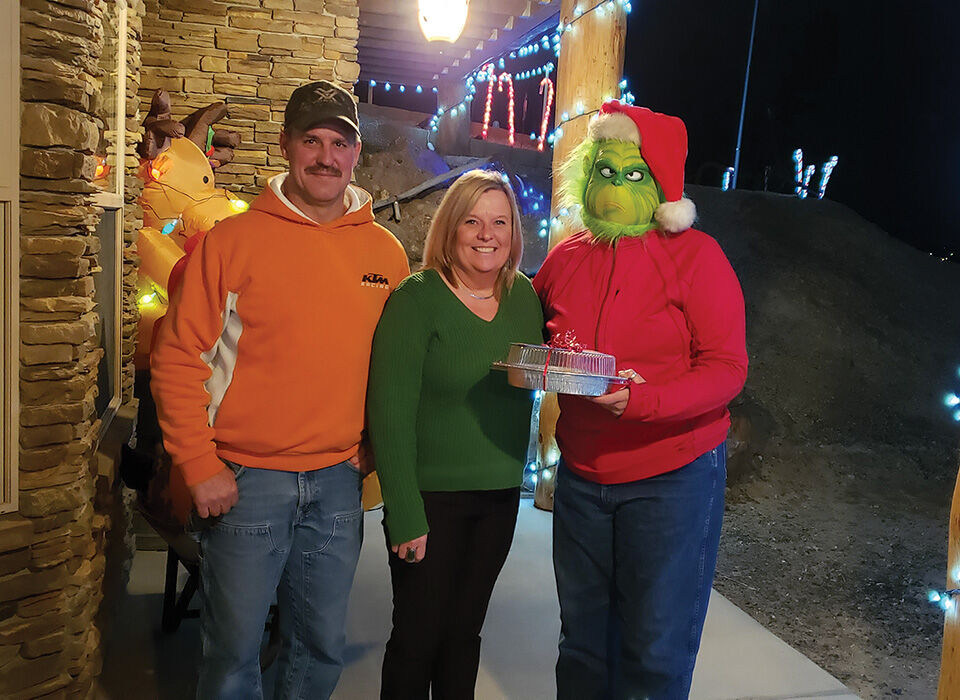 Scott and Eddie Aldridge receive their runner-up prize from the Grinch.

The Grinch frowns for the camera, while Joel Smith receives his prize for the top winning design in the 2020 residential lighting contest.

Scott and Eddie Aldridge receive their runner-up prize from the Grinch.

PAYETTE — The Promote Payette organization has announced the winners of its 2020 city-wide residential lighting contest, which allowed residents to highlight their Christmas decorating efforts. Voting by residents took place on the organization’s Facebook page with prizes being delivered to the winning entrants by the Grinch, as portrayed by mail carrier Suzi Bruce.

Nine entries were received ahead of the Dec. 18 deadline. Following are the top winners.

• First prize went to Joel Smith, who had an inflatable Santa greeting motorists with lights simulating a red, white and blue snow flurry

• Scott and Eddie Aldridge placed second in the contest, whose bright lights could be seen from Highway 52

According to Barbara Wilson, founder of Promote Payette, the contest was revived for 2020 to help lift the community’s spirits this holiday season.

“We used to have contests like this for years; We thought, ‘Why not do it again?’” wrote Wilson in a Dec. 24 email. “We got a late start, but is was a blast!”

Wilson expressed her gratitude to all who threw their Santa hats into this ring.

“All of the participants were fun and cheerful citizens, happy to make merry and bright, including very gracious winners!” Wilson added. “Long-time Payette Resident, “the Grinch” & Promote Payette would like to thank all who entered and all who voted in the Residential Lighting Contest … It was so much fun, we’ll do it again next year!”

To view the complete list of entrants in this year’s lighting contest, visit facebook.com/promotepayetteidaho.