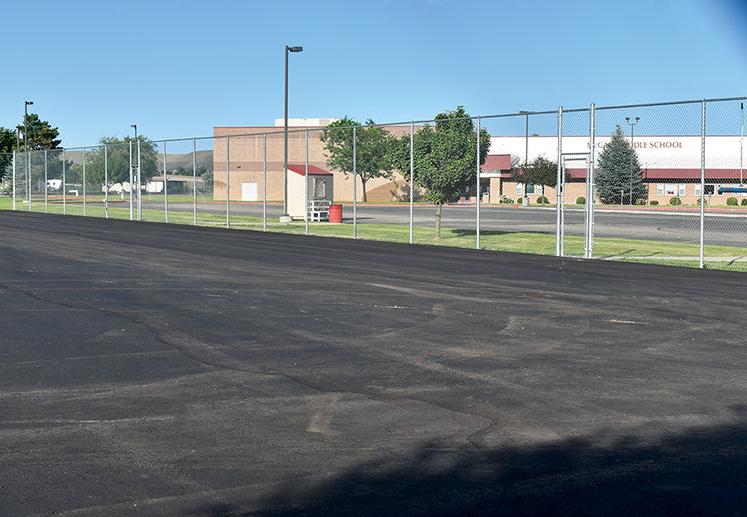 The repaved tennis court at McCain Middle School is pictured on Monday. The asphalt will be painted with markings for tennis, as well as pickleball, once the surface has cured. 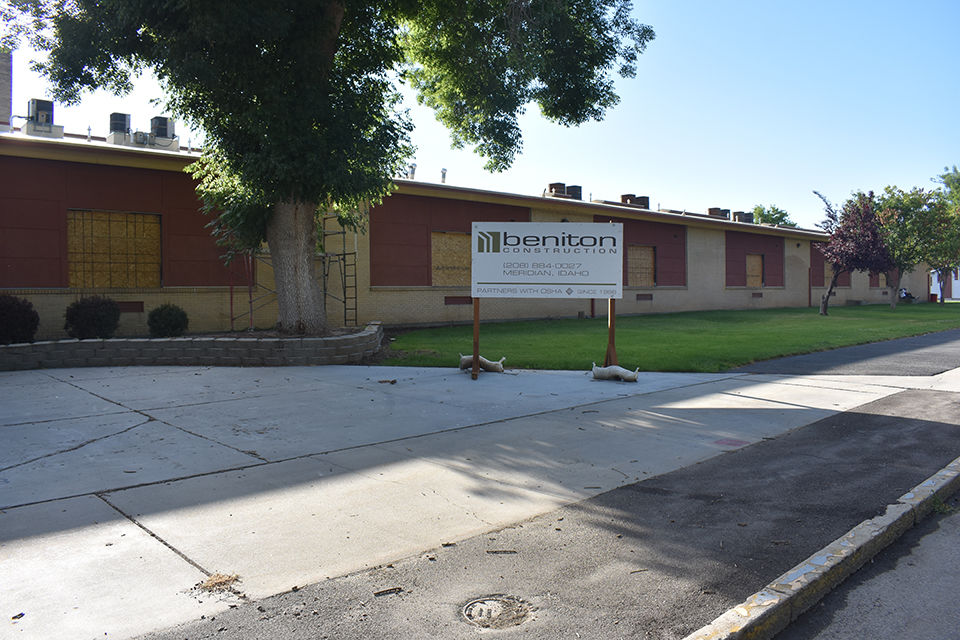 The exterior of Westside Elementary School is pictured on Monday. The school is receiving new windows, fire alarm and intercom systems.

The repaved tennis court at McCain Middle School is pictured on Monday. The asphalt will be painted with markings for tennis, as well as pickleball, once the surface has cured.

The exterior of Westside Elementary School is pictured on Monday. The school is receiving new windows, fire alarm and intercom systems.

Projects are either planned or in progress at all four of Payette’s regular K-12 sites.

As work continues to upgrade Westside Elementary’s original windows to energy-efficient ones, as well as upgrade the school’s fire alarm and intercom systems, Gilbert reviewed the status of this project with an update given by Brandon Grote, project manager for Beniton Construction.

“There’s a little bit of a glitch, based on the approved plans for the intercom and alarm system,” said Gilbert. “I’ve really felt like, since last July … prioritizing things with that alarm system and the intercom system was priority number one, so it seemed a shame to put that off for a year.”

The glitch Gilbert mentioned involves the discovery of how space above classrooms affects the number of heat/smoke detectors required for the upgrade in order to ensure adequate detection capability in case of a fire. Gilbert said a letter to the State has been sent, asking for expedited approval of updated plans for the installation of the fire alarm system in order to complete construction before the start of the school year.

Other upgrades include the tennis courts, which are being repaved at McCain Middle School, with cracks expected to be filled at Payette Primary School’s courts. As part of McCain’s repaving project, markings for pickleball will be included once the asphalt cures.

“Based on feedback from the P.E. instructors at the middle school … they are excited to teach [pickleball], so we’ve added the lines up there,” said Gilbert during the meeting

Beynon from Tualatin, Oregon, and Cascade Fence from Meridian are working on these projects.

Bid documents for the Payette High School dome air conditioning system are expected later this week, according to Gilbert. She said she expects this project to be put to bids the last week of July, with bids opening the first week of August.

With the Idaho State Board of Education having announced its back-to-school framework during the novel coronavirus COVID-19 pandemic, in cooperation with Gov. Brad Little and the state Department of Education, Gilbert has announced a meeting with District personnel to adapt the plan for Payette’s needs. This meeting is scheduled for July 15 from 9 a.m. to noon.

Gilbert said the Board of Trustees sets leadership positions each year, in accordance with Idaho Code Section 33-1004J. However, she noted that this line item is projected to be cut by Gov. Little, although Code still lays out requirements for certain positions.

“I have delayed bringing these forward as we watch what the State Legislature and Governor will do,” said Gilbert in her report. “Leadership positions do not require compensation to qualify as served.”

Gilbert and Trustee Ethan Mittlestadt talked about a survey focused on the “7 Correlates of Highly Effective Schools.” Gilbert confirmed this survey is still in committee and is expected to be released soon.

“Much of what we have could be revised and updated, continuing the goals with new action strategies,” said Gilbert in her report.

Gilbert noted that this year’s external audit of district finances on July 16 will involve a measure taken in light of COVID-19; Quest CPAs, the firm in charge of conducting the audit, will do so remotely.

“[Board Clerk Barbara Choate] has been gathering and submitting all the necessary documents in preparation,” said Gilbert in her report.