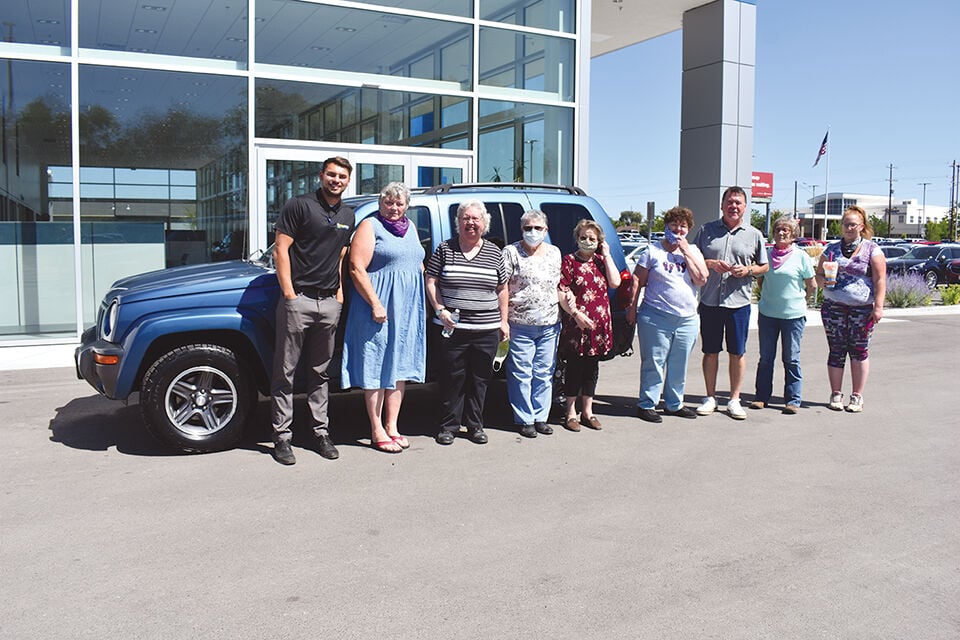 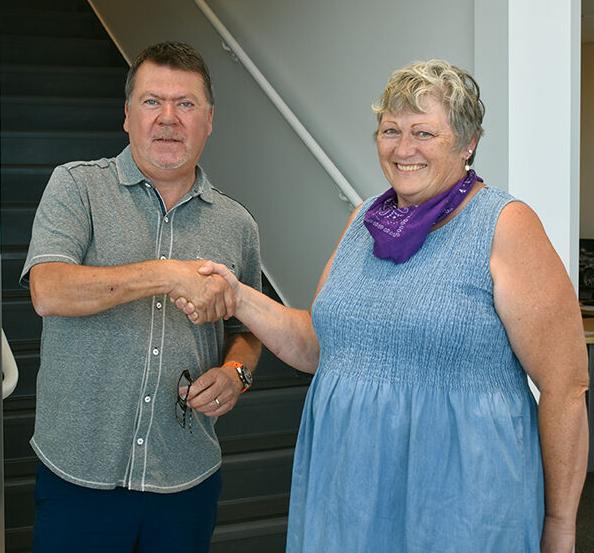 FRUITLAND - While shopping around for a second vehicle with which to deliver food for its Meals on Wheels program, the New Plymouth Senior Center got an unexpected helping hand from a local dealership: Steve’s Hometown Motors.

Members of the Senior Center’s Board of Directors visited the Hometown Chevrolet dealership in Fruitland on Tuesday to pick up the vehicle that would be new to them: A 2004 Jeep Liberty.

Melanie McCollum, kitchen manager and cook for the Senior Center, said sourcing this new vehicle has been two years coming. Originally, the center tried to source a vehicle from Subaru.

“The past eighteen months, I’ve been calling … different dealerships, trying to get our foot in the door to see if we would qualify for a Subaru. Every time that we went to Subaru, we did not get any response.”

Instead, she and Treasurer Billie Clark began canvassing other dealerships, which led them to Hometown Chevrolet.

“We came in the door and [salesperson Jacob Huffman] asked us if he could help us … We told him what we were needing, he was gone for five minutes and came back and it all began,” said McCollum.

Initially, the Senior Center offered to purchase a vehicle using funds donated by the estate of a longtime member. But once Steve Dominguez, owner of the Hometown Dealerships, heard it was for the Meals on Wheels program he offered to donate the vehicle.

“They bought a Caravan from us,” Dominguez said. “And then my son Nicholas, who is the General Manager, called me on the phone and said [the Senior Center] needed another vehicle and told me what they had.”

When his son mentioned the Jeep and asked how much he should sell it for to the Senior Center, Dominguez made the decision to donate it.

“I believe in the senior community and heavily in the Meals on Wheels,” he said. “We help Weiser with their program over there too, and I think it’s a fantastic program, especially with all the seniors being shut in right now with the [novel coronavirus COVID-19] and can’t be getting out. We’re just glad to help them out.”

Clark noted that this donation came about because she and McCollum just happened to be passing by as they searched for a vehicle.

“I said, ‘We’re going in here,’” Clark recalled. “We said, ‘We just gotta try, Melanie.’ We came in, we met Jacob and he was our … helper to get this far. The treatment we have received here is way better than any dealership that we’ve been to.”

Dominguez and his team are also ensuring the Senior Center’s new delivery vehicle is road-ready and addressing its cosmetic issues prior to it hitting the road for the first delivery.