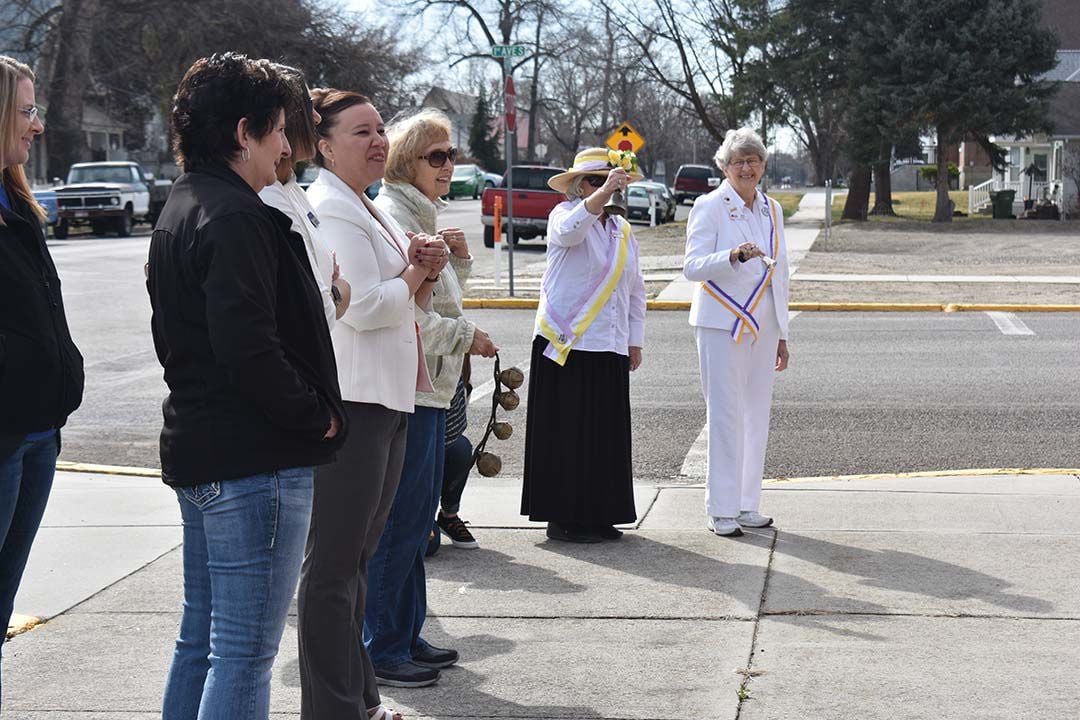 Several members of the Daughters of the American Revolution chapter ring bells, in celebration of the centennial of Women’s Suffrage. A ceremony commemorating Idaho Women’s Day and the kickoff of ‘Idaho Women 100’ took place at the Payette County Museum on March 13. 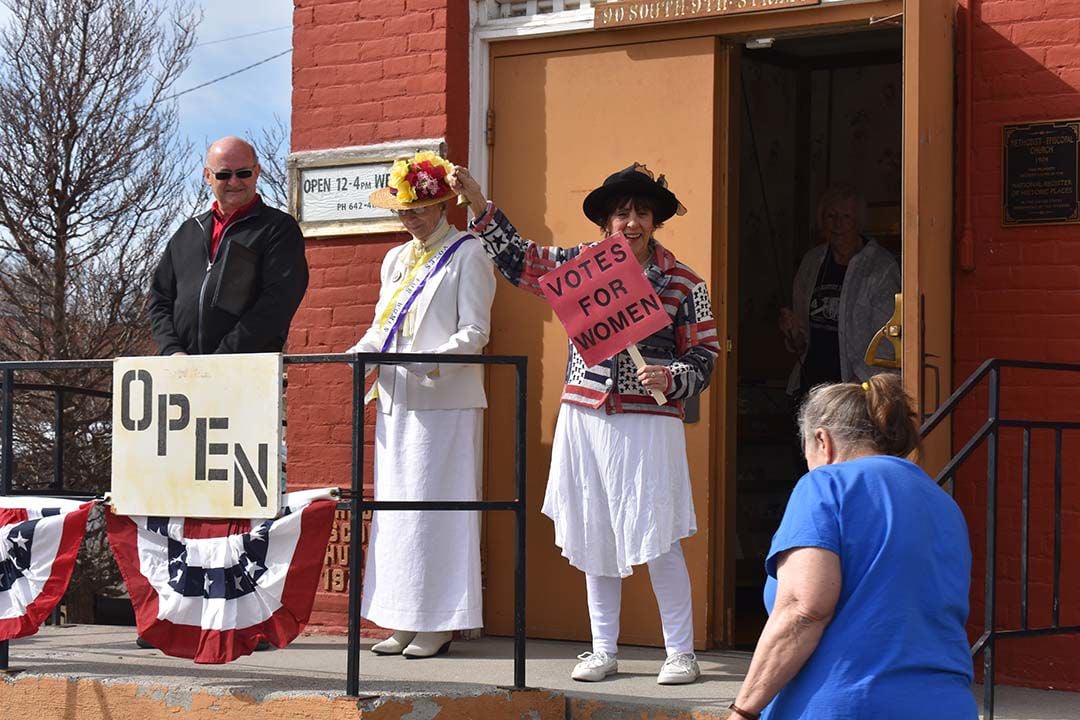 Several members of the Daughters of the American Revolution chapter ring bells, in celebration of the centennial of Women’s Suffrage. A ceremony commemorating Idaho Women’s Day and the kickoff of ‘Idaho Women 100’ took place at the Payette County Museum on March 13.

PAYETTE - As history has noted, women have come a long way in getting the same legal rights as their male counterparts. The determination of historic women such as Susan B. Anthony and countless others resulted in the 19th Amendment to the U.S. Constitution, known as ‘Women’s Suffrage,” giving women the right to vote. The 100th anniversary of its ratification was celebrated at the Payette County Museum on Mar. 13.

Betty Bercik, who works with the Applegate Idaho Trail chapter of the Daughters of the American Revolution, shared her insight about the celebration.

“One thing I thought was interesting, women were never really considered adequate enough to vote, and it took seventy years to gain support from each state for the votes needed to pass an amended to the United States Constitution,” said Bercik. “The Nineteenth Amendment was passed by Congress in 1919 and ratified in 1920, and Idaho was one of the original … eight states in the western part of the country that gave women full or partial suffrage before the Nineteenth Amendment was even passed.”

According to Bercik, that right was first extended by local lawmakers to make the area attractive to women.

“There were so few women in the west, they thought that suffrage would attract more females to the western part of the country. So that’s really kind of interesting.”

Mayor Jeff Williams read a proclamation during the noontime gathering, declaring March 13 ‘Idaho Women’s Day, along with the state of Idaho through Senate Concurrent Resolution 118. In his proclamation, he acknowledged the creation of the ‘Justice Bell,’ a replica of the Liberty Bell which was cast by the Pennsylvania suffragists and kept silent until the Nineteenth Amendment was ratified. It was sounded for the first time at a grand celebration in Philadelphia, Penn. on Sep. 25, 1920.

“I think it’s important that people realize all the things that have happened over the years, and all of the rights that people have and the people that worked to get there,” said Williams. “This is just a small token of appreciating women for the fight that they put on.”

Like the members of the Daughters of the American Revolution present at the event, Payette City Councilor Kahlia Morin came dressed in white. Williams acknowledged this by saying, “She’s special.”

According to Williams, Idaho was the fourth state to extend the right to vote to women in 1896, after Wyoming, Utah and Colorado.

The ceremony was one of dozens around the state of Idaho, commemorating the kickoff of ‘Idaho Women 100,’ a statewide celebration organized by the Daughters of the American Revolution, Idaho State Historical Society and the Idaho Women in Leadership organization. Celebrations are scheduled throughout the remainder of 2020, conditions permitting.