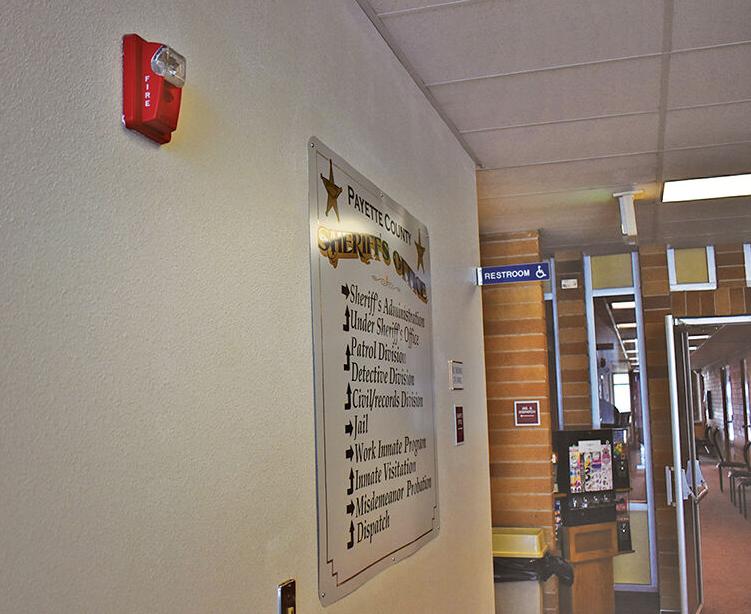 A fire alarm signal device is seen at the entrance to Payette County Courthouse in this photo from December of 2020. The alarm systems in the older and newer sections of the facility will be replaced with a single campus-wide system this spring. 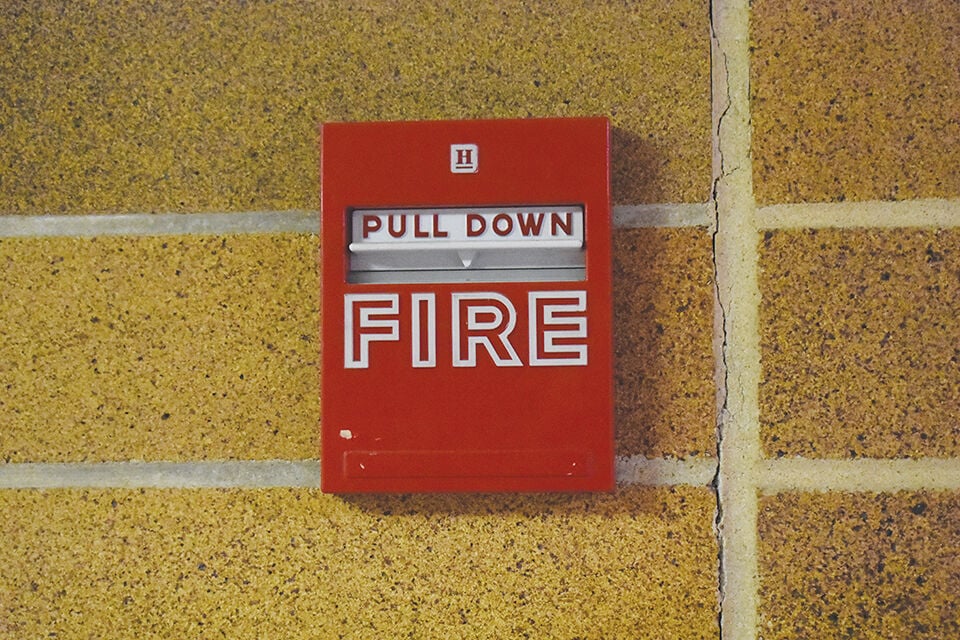 A fire alarm pull box is seen inside the original section of the courthouse. The original fire alarm in this section, installed in 1972, is still in service.

A fire alarm signal device is seen at the entrance to Payette County Courthouse in this photo from December of 2020. The alarm systems in the older and newer sections of the facility will be replaced with a single campus-wide system this spring.

A fire alarm pull box is seen inside the original section of the courthouse. The original fire alarm in this section, installed in 1972, is still in service.

PAYETTE — Since late last year, officials at the Payette County Courthouse have been addressing a unique communication issue the building has. The original 1972 fire alarm system in the older portion of the building is still in service, while a newer system was installed when the facility was expanded in the year 2000.

Payette County Sheriff’s Lt. Andy Creech told the newspaper that when one alarm is sounded the other has to be set off manually.

“All department heads, elected officials and employees have been given instructions in evacuating the building,” Creech wrote in an Oct. 27 email. “This includes making sure the alarm is pulled in the other section of the courthouse, making sure dispatch has been notified and being prepared to open doors with access cards for public that could be in the building at the time of the alarm.”

Since October, Creech has been exploring options to replace both alarm systems with a new, unified system. The project was advertised for bids in November.

During the Payette County Board of Commissioners’ regular meeting on Jan. 4, Creech presented the resulting bids. However, he noted that most bids received did not include quotes for contract bonds, as the advertisements had called for.

“The contract bond is a surety bond issued by an insurance company or bank to guarantee the satisfactory completion of a project by a contractor,” added Creech in Jan. 4 email. “I don’t have a specific value on that bond.”

Creech also said that project cost estimates were still in the works when the project went out to bid.

“At higher amounts it makes sense to have a bond, at lower amounts it doesn’t necessarily,” Creech told the board.

Commissioner Reece Hrizuk expressed that he felt a bond was necessary for this project.

“It’s kind of like when you look at job applications.” said Hrizuk. “When you’re posting, you put your requirements. When you’re going all these applications, people who haven’t met the requirements, you take those out of the stack … That’s just my two cents on that.”

Out of six bids received, the commission ultimately chose AlarmCo, Inc. out of Boise, with a stipulation that they add a surety bond to their quote. Hrizuk moved to approve this choice, Shigeta seconded. The voice vote to approve was unanimous, 3-0.

Creech said the new alarm system is expected to be installed by April. AlarmCo bid $46,783 on the project.