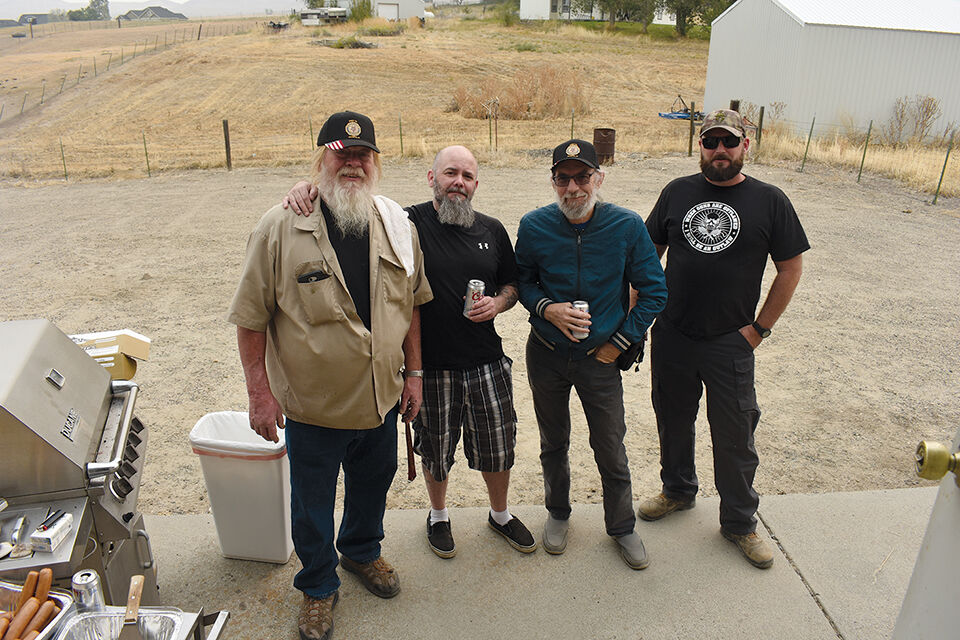 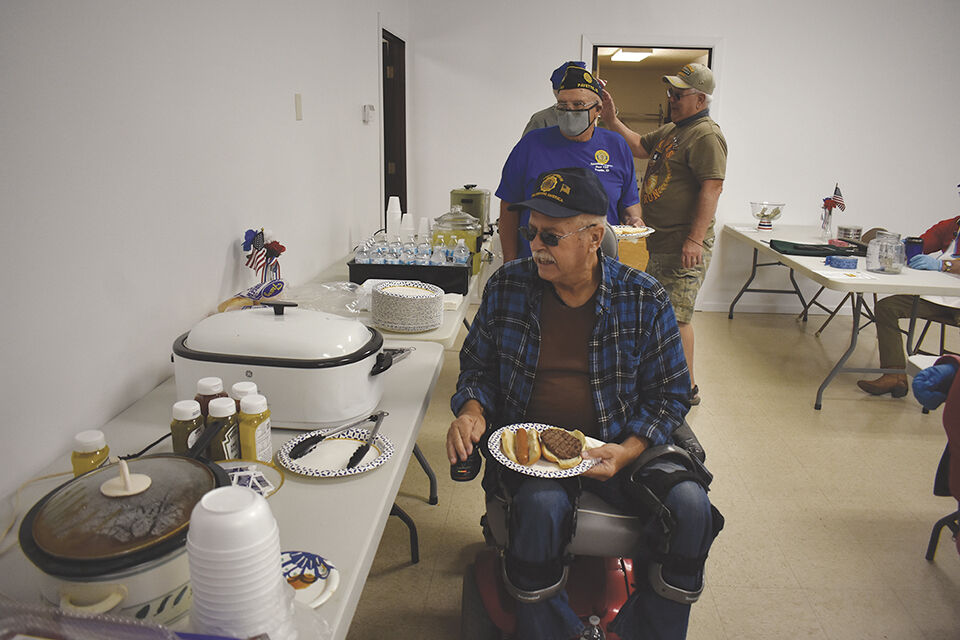 Ralph Wood, a member of Ontario American Legion Post 67 serves himself lunch. Wood is an Army veteran who also served in the Oregon National Guard.

Ralph Wood, a member of Ontario American Legion Post 67 serves himself lunch. Wood is an Army veteran who also served in the Oregon National Guard.

“We try to do a feed for the veterans every year,” said Post Commander Gary Duff, as he prepared hamburger patties for the lunch. “This year we just decided to do it early, because [on] Veterans Day there are so many different ones going on. So we just did this one early this year.”

The Post has held this event for five years, according to Duff.

“The last few times, we’ve done pork tenderloins, we’ve done big hams, whatever it took. We just try to give back a little bit to our veterans.”

Approximately a dozen people helped put together the food offered at this event.

The Post paid for most food items served, while Payette Senior Center director Kathy Patrick donated a cake for dessert. According to Duff, Franz Bakery provided the Post a discount on hamburger and hot dog buns.

“The Auxiliary tries to do the salads and stuff, it turns out okay,” Duff noted.

Duff reports an average of 50 attendees at this lunch each year. He did note he hopes to coordinate with more suppliers for future lunches.

“Had I had enough smarts to write a letter a month ago … I probably could have got a lot of the hamburgers and hot dogs donated, but I didn’t. I didn’t think about it until too late.”

Duff expressed gratitude to Post members for their help and to local veterans.

In case you missed this lunch, the Post will have their monthly breakfast on Oct. 3 from 8 to 11 a.m., featuring biscuits and gravy, hash browns and scrambled eggs. Donations to benefit local veterans will be accepted.