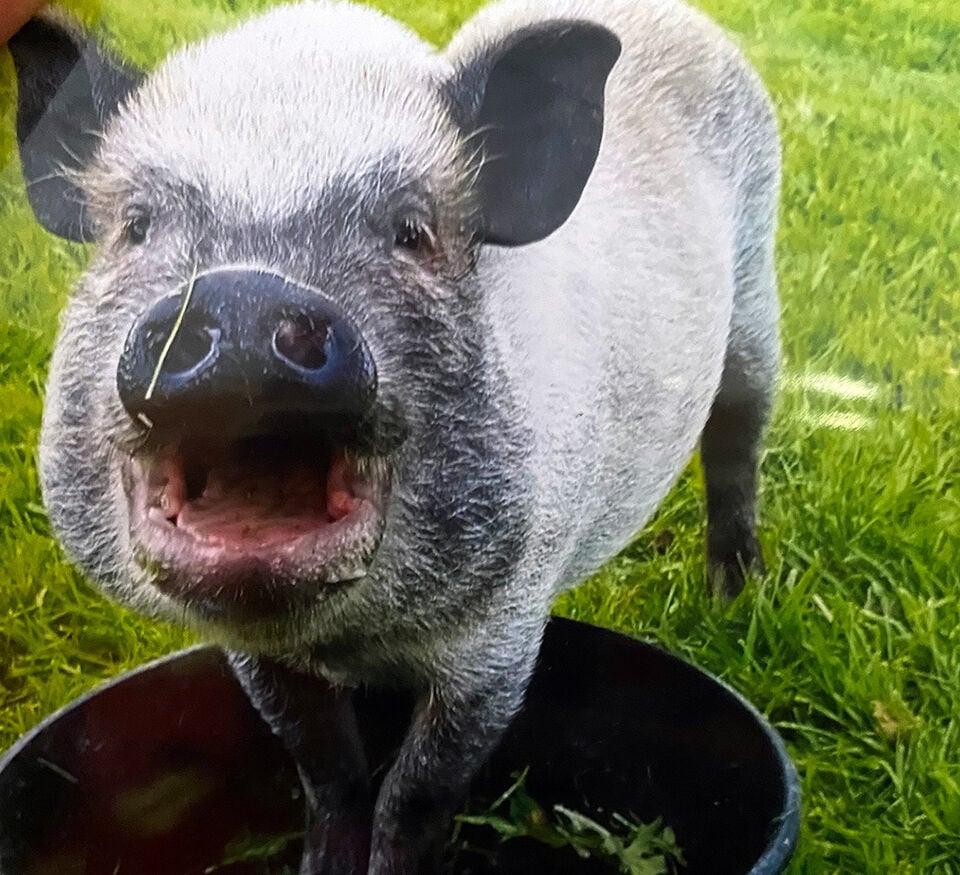 The Deck family own Bella, a full-grown pot-bellied pig seen in this picture. The family learned after moving to Payette that pigs are strictly prohibited within city limits and wish to see this changed. 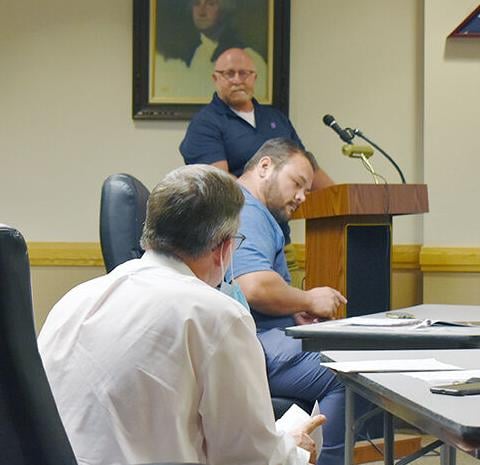 Tim Deck addresses the Payette City Council during its regular meeting on Monday. His daughter, new Payette resident Jessica Deck, and her family own a pig which was at the heart of a debate between the family and city officials during the meeting.

The Deck family own Bella, a full-grown pot-bellied pig seen in this picture. The family learned after moving to Payette that pigs are strictly prohibited within city limits and wish to see this changed.

Tim Deck addresses the Payette City Council during its regular meeting on Monday. His daughter, new Payette resident Jessica Deck, and her family own a pig which was at the heart of a debate between the family and city officials during the meeting.

PAYETTE — What was hoped to be a fresh start for a family just moving to Payette has become a porcine problem, which was addressed at the Payette City Council’s regular meeting on Monday, Oct. 5.

Newcomers Jessica and Michael Deck and their family own a four year old pot-bellied pet pig named Bella. The family moved to Payette in May of this year, having previously lived in Caldwell.

Following an incident where Bella escaped from the family’s property, the family was directed to seek permission from the city to keep Bella within city limits. In an agenda request received by city officials on Sept. 18, Jessica Deck testified that Bella is housebroken and comes with current paperwork to the city.

“She is a full grown juliana who is chipped and registered,” wrote Jessica Deck. “Our pet belongs to our 6 yr. old daughter. She lives inside and goes outside during days weather permitting. She is completely trained and listens better than a dog.”

Jessica, along with her father, Tim Deck, and daughter, Laythen, were present during the meeting. The matter was the only action item on the agenda for this meeting.

Tim Deck testified that the pig is registered as an emotional support animal, and has never had issues.

“It’s a valuable part of their family and our family, as it is,” said Tim Deck. “She’s never had any issues with it in the process of moving over here.”

City officials pointed out two issues with the application to the Deck family. The first one was that pigs are not recognized as service animals under the Americans with Disabilities Act, according to city attorney Dan Chadwick.

“Only dogs … and horses can be service animals,” said Chadwick.

The second problem, which Mayor Jeff Williams addressed, was that two separate laws within the city mean that live pigs are not allowed to be kept within city limits.

“We have a city ordinance which specifically excludes billy goats and pigs,” said Williams to Jessica Deck, who said she failed to check city code before the move.

• Section 6.04.115 makes it a misdemeanor to keep any swine in or on any pen, place or premises, defining such animals as a nuisance. This was reinforced by Ordinance 1433 in 2017.

“The prohibition is absolute. So whether it’s in the exotic animals section or in the livestock section, the language is clear; Swine and male billy goats are strictly prohibited in the city limits,” said Chadwick. He added that to get around the prohibition, both ordinances would have to be changed.

Councilor Ray Wickersham told the family that the task of telling them the law doesn’t presently permit the family to keep the pig was one of the hardest parts of his job.

“How many exceptions do you make? This is the kind of stuff that’s tough,” said Wickersham.

Mayor Jeff Williams eluded to the possibility of having a public hearing to revisit the laws to make exceptions possible. However, he said the pig would have to be kept outside of city limits until such could be held.

No action was taken on the matter during this meeting.

Williams said the Planning and Zoning department would have to review a request for such an item ahead of scheduling a public hearing. The department next meets in November. Tim Deck told the newspaper he and his family intend on pursuing the matter further, noting the city has previously relented on at least one matter relating to a pitbull within city limits.

My dog is bigger then their pig. Its a inside and outside animal. It has grown up with their Daughter. Its completely unfair just because one freaking Neighbour has a problem with it. Some people are so unhappy with their lives they have to [censored] with everyone else's life. Karma will come back on them twice as bad.