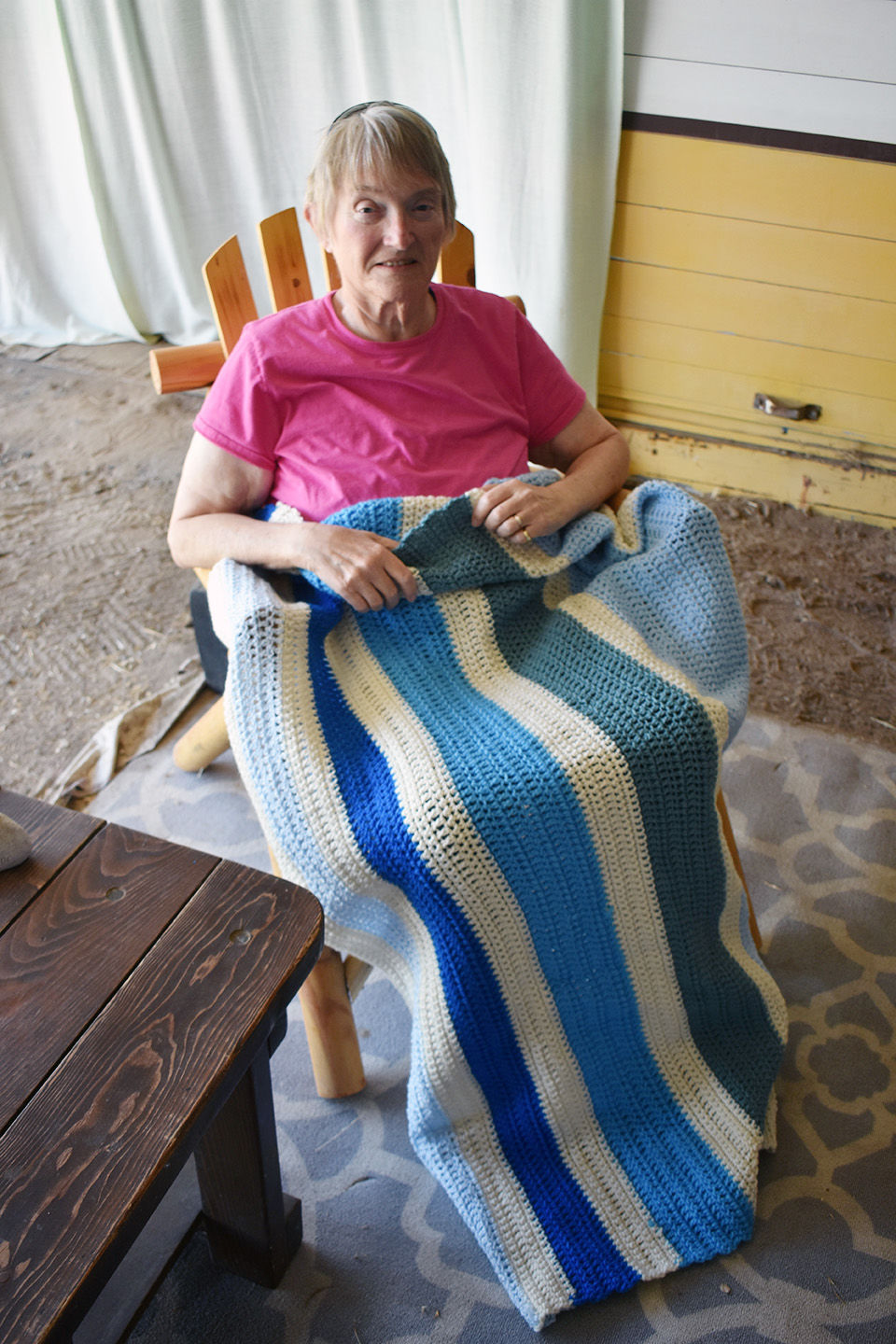 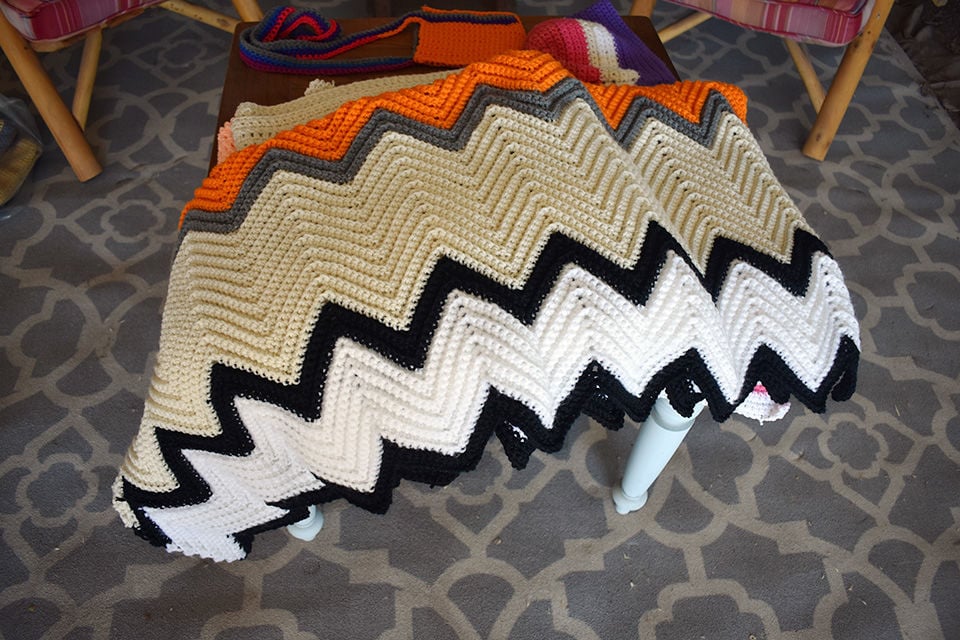 While Webster says she doesn’t read patterns, she does make zigzag patterns on occasion. 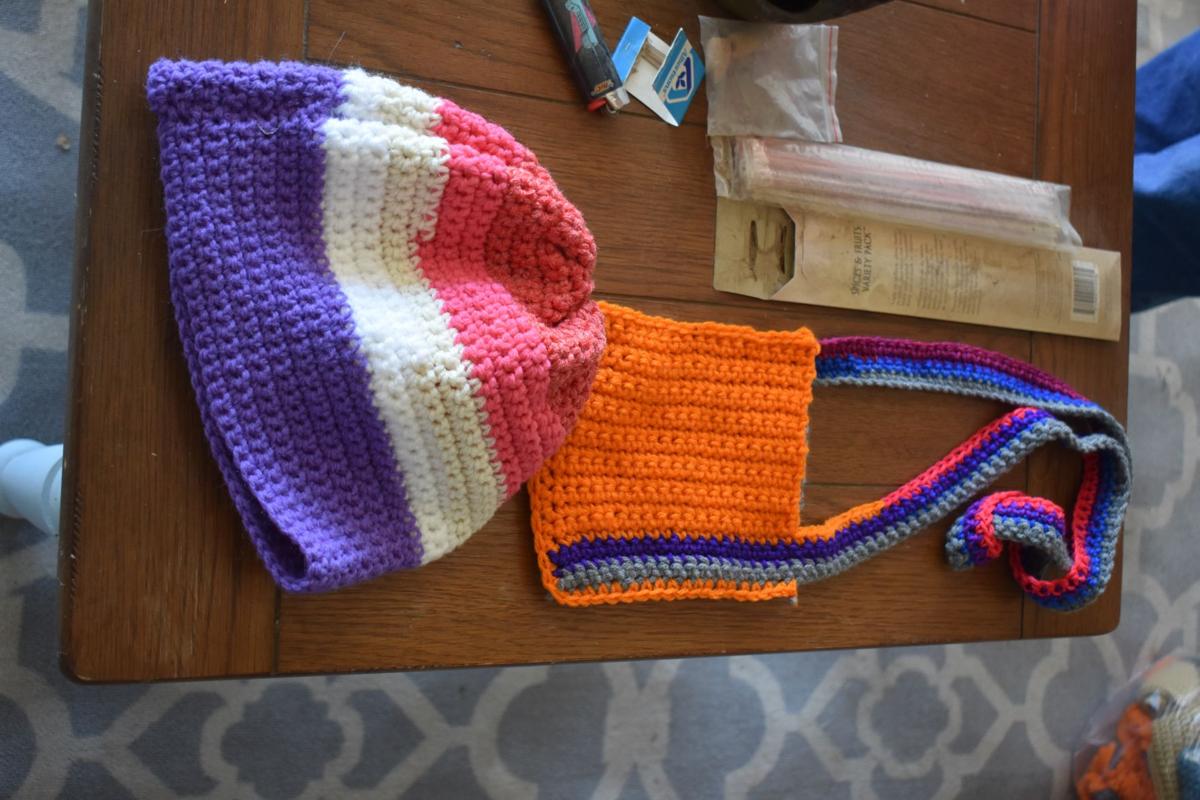 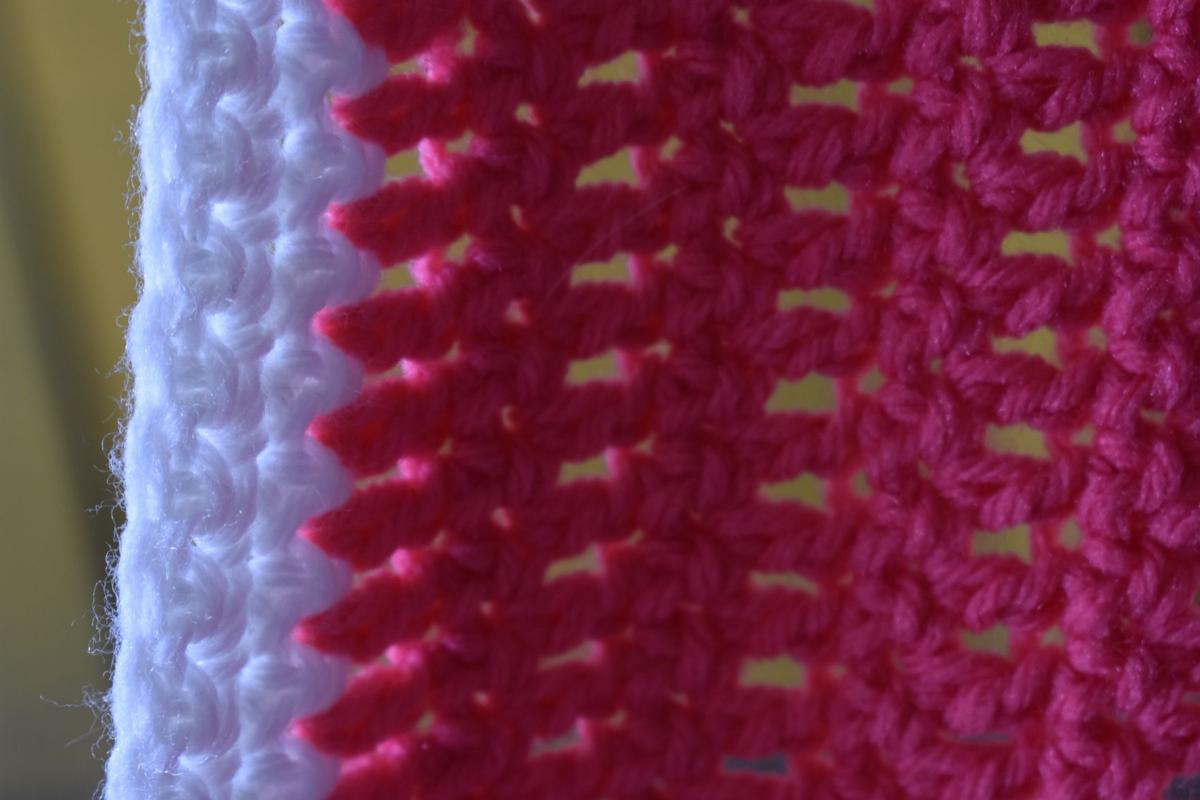 An example of Ontario resident Sharleen Webster’s crochet stitches. Single chain stitches are seen in white, while double stitches are in pink.

While Webster says she doesn’t read patterns, she does make zigzag patterns on occasion.

An example of Ontario resident Sharleen Webster’s crochet stitches. Single chain stitches are seen in white, while double stitches are in pink.

ONTARIO - For Ontario resident Sharlene Webster, being retired doesn’t mean growing tired of giving to others. To illustrate this, she crochets lap robes to donate to people and to places that provide care for people, including Genesis Healthcare in Payette.

“They’re designed for people in wheelchairs or nursing homes, or people who are just sitting in a chair,” according to Webster. “They’re not as big as an afghan, they’re just designed to come from your ankles to about your waist and over your hips. They’re not too big, they’re just big enough to be a little bit warm and keep the chill off.”

A retired food packing worker from Medford, Oregon, Webster said she’s been doing this since she came to the area to care for her parents.

“My mom had a stroke and [I] just happened to stay,” said Webster of the experience. “Circumstances worked out that I would move inland.”

Before she made blankets, she started out making smaller items.

After making scarves for friends and family for a while in Medford, Webster started experimenting with making bigger ones.

“I first off gave them to a day care center for nap blankets and they got full. So my neighbor at the time worked at a nursing home, and she saw them and so I started giving them to her so she could take them down to the nursing home.”

Upon moving to Ontario, Webster sought opportunities to keep crocheting which led her to Dorian Place, where her mother was staying.

“So I gave a few to them, and then I found out that my mom had gone to every yard sale in the world and taken any piece of yarn that she could find and bought it up and she stashed it out here.”

That stash has largely kept her efforts going ever since.

“I still have yarn for probably two years; I started off with three walk-in closets full of yarn. That’s been my stash where I get them from and now I take them over to Genesis [Healthcare] in Payette, as they took care of my dad just before he died and they were so nice to him.”

Webster says she was told by workers at Genesis how often people would drop off a relative and not visit for a long time, and some patients come in with nothing to their name.

“If [workers] have something they can give them of their very own, they have … a thing to hang onto. If nothing else, that type of story would keep me doing it.”

Webster says she brings them four or five new lap robes every six weeks. She’s also taught a crochet class in Payette, but even she couldn’t keep the class on track.

“Frankly, we were all more interested in talking than we were in crocheting,” Webster admitted. “If anybody wants to know what I do, I tell them I know two stitches and I’d be happy to teach them the two that I know.”

Webster also dabbles in making other wearables for patients, such as winter caps and carrying pouches. While ideal for carrying around a modern smartphone, the pouches can also hold items that wheelchair-bound persons would find impractical to put in a pocket.

Webster says the hats and pouches are a great way to “use every little inch,” instead of throwing any scraps away.

“I’m not in it for recognition, for money or anything; I had the yarn, because it was part of my inheritance. I needed something to do and it makes me feel good to give lap robes to people who actually want them. I consider it a win-win-win situation.”

She notes that her dedication to completing crafts is dependent on how long her eyes and shoulders hold up.

Webster said that while she’s happy to keep this craft alive, her advice for others to get through quarantine has been to just do what they do best.

“If you want to [crochet] all day long, go for it. If you don’t, do it as long as you have time. It’s good for watching TV and doing it at the same time or when you’re talking to someone.”

Oh wait! Just before you go...
SIGN UP FOR OUR e-NEWSLETTERS