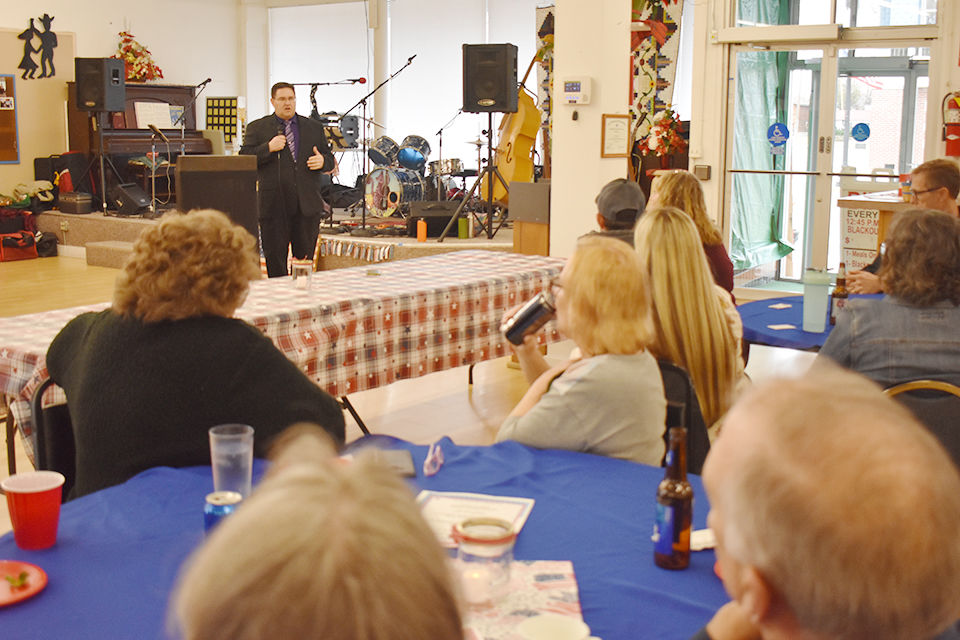 Payette County Sheriff’s Lt. Andy Creech speaks to attendees of a meet and greet event at the Payette Senior Center on Saturday, Jan. 18. The event helped kick off Creech’s campaign for Sheriff. 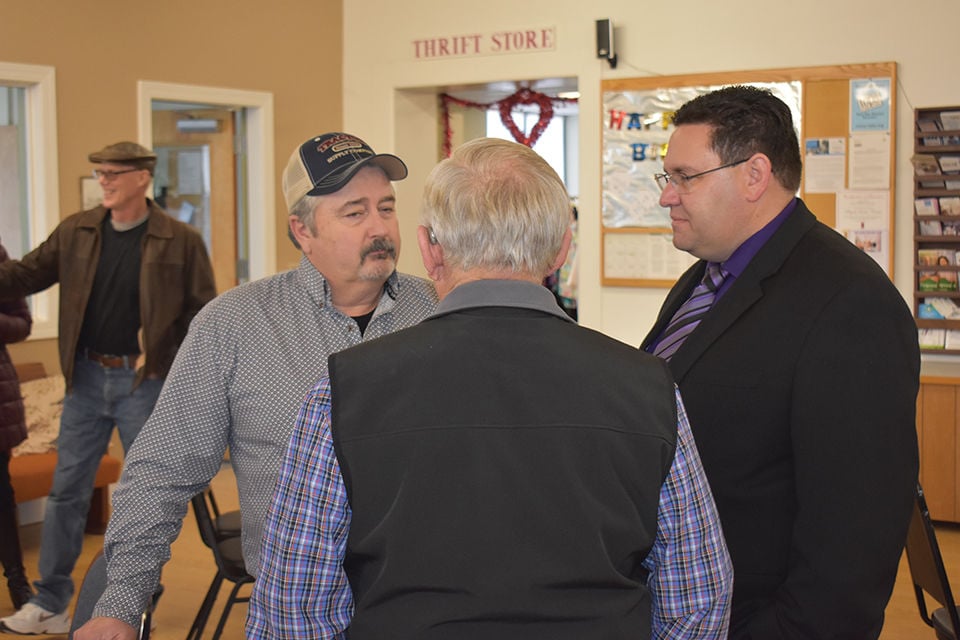 Payette County Sheriff’s Lt. Andy Creech speaks to attendees of a meet and greet event at the Payette Senior Center on Saturday, Jan. 18. The event helped kick off Creech’s campaign for Sheriff.

On Jan. 13, Andy Creech, who is a lieutenant for the Payette County Sheriff’s Office, announced his bid for sheriff on the heels of Chad Huff’s announcement that he would retire from the post at the end of his term in 2021.

To kick off his campaign, Creech met with supporters and other members of the community at a meet-and-greet event at the Payette Senior Center on Jan. 18.

According to Creech, the event was about reaching out to the community.

During the gathering, he answered questions and outlined his goals for the Sheriff’s Department one-on-one with community members. In addition, his band, Billy and the Barn Kats, provided musical entertainment for the afternoon. Their drummer, Creech, would join them after giving a speech to attendees.

In his speech, he talked about his background in law enforcement, including his education through the College of Southern Idaho in Criminal Justice, serving as a patrol officer in New Plymouth for two years before being hired as a patrol deputy for Payette County in 1999.

“I’m very grateful to Sheriff Chad Huff, that has included me in the administration of the Sheriff’s Office over the last five years.”

Creech mentioned the opportunity he has had to help lead not only the patrol division but also dispatch and emergency management.

“These experiences have helped me … learn how our budgeting process works in this county. It’s helped to learn how to use grants, how to acquire equipment and how to manage our employees.”

Creech mentioned he’s also shared his experience with others by giving hands-on training to students at Treasure Valley Community College and new hires at the Idaho Post Officers and Standards and Training Academy in Meridian.

He spoke about his goals to reduce turnover at the Sheriff’s office.

“We’ve been having problems with getting people hired and … retained. This is a problem that I know a lot of our business community also struggles with.”

Creech said he plans to work with county commissioners to address these issues.

He also talked about his goals to help ease crowding at the Payette County Jail.

“Our jail population, you might have read in the paper over the last year … has been growing over the last several years. We have tried, and I’ll continue to try to work with our magistrate judges, as well as our prosecutors and our misdemeanor probation office to try to find ways we can continue to offer pre-trial release programs and alternate sentencing programs.”

His goal is to reduce the number of people going in for small crimes, he said.

Creech also plans to continue improving emergency dispatch service, as well as maintaining the capability to temporarily take over when a neighboring 911 dispatch center experiences an outage.

Most importantly to him, Creech says he will continue to meet with local leaders, business owners and members of the community to get their suggestions on making improvements.

Creech also noted attendance for the event was what he considered to be good.

The Andy Creech for Sheriff website can be found at creech4sheriff.com.