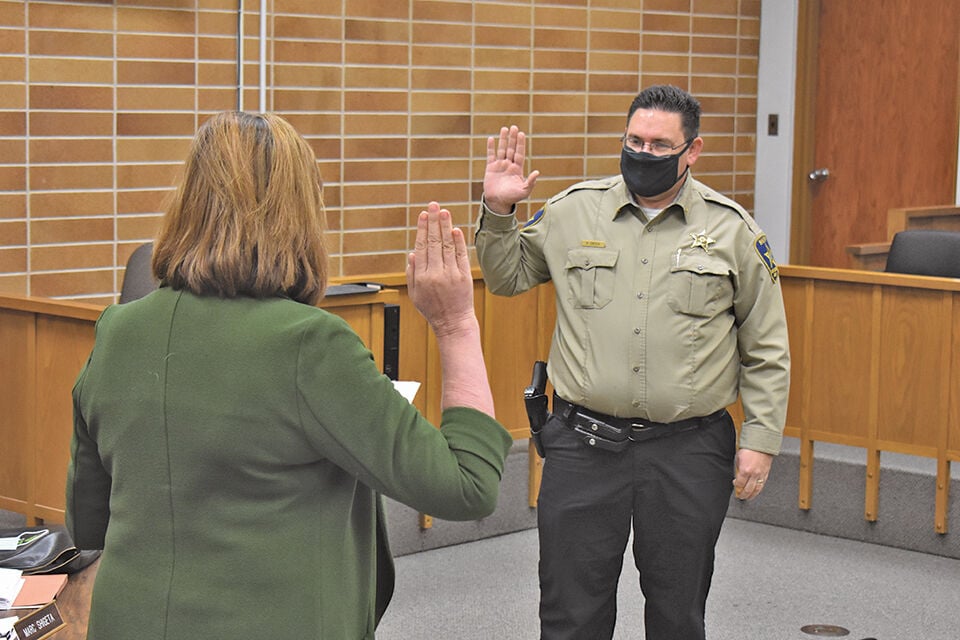 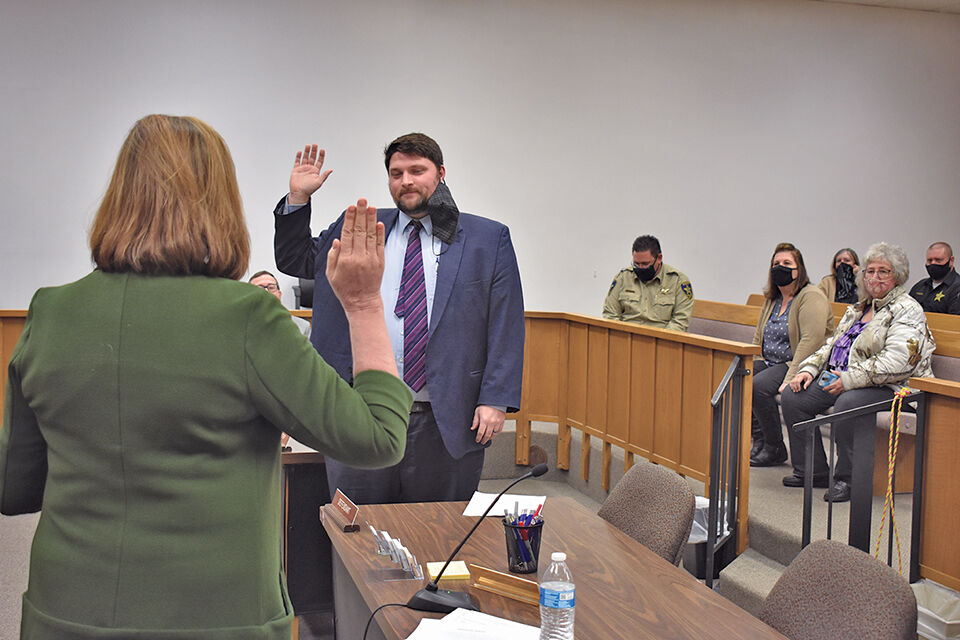 Mike Duke is sworn in for his first full term as Prosecuting Attorney. Duke was appointed in October to replace Ross Pittman, who vacated the position to become a magistrate judge in Kootenai County.

Mike Duke is sworn in for his first full term as Prosecuting Attorney. Duke was appointed in October to replace Ross Pittman, who vacated the position to become a magistrate judge in Kootenai County.

PAYETTE — The first item on the agenda during the Payette County Board of Commissioners’ regular meeting on Monday was the oath of office. Four individuals were sworn in before a small gathering that was present in the Payette County Courthouse:

Hrizuk also moved to appoint Gary Kelly as landfill supervisor following the retirement of Alan Scharbrough, and Jim Ashley as county road and bridge supervisor, with Shigeta seconding. The voice vote to approve was 3-0.

In addition, Hrizuk was appointed board chairman, a post previously held by Hanigan.

“I don’t think anyone ever wants it, but I’ll take it,” said Hrizuk jokingly. “I probably talked myself into it!”

Hanigan moved to appoint him, with Shigeta seconding. The voice vote was 2-0, as Hrizuk abstained from voting.