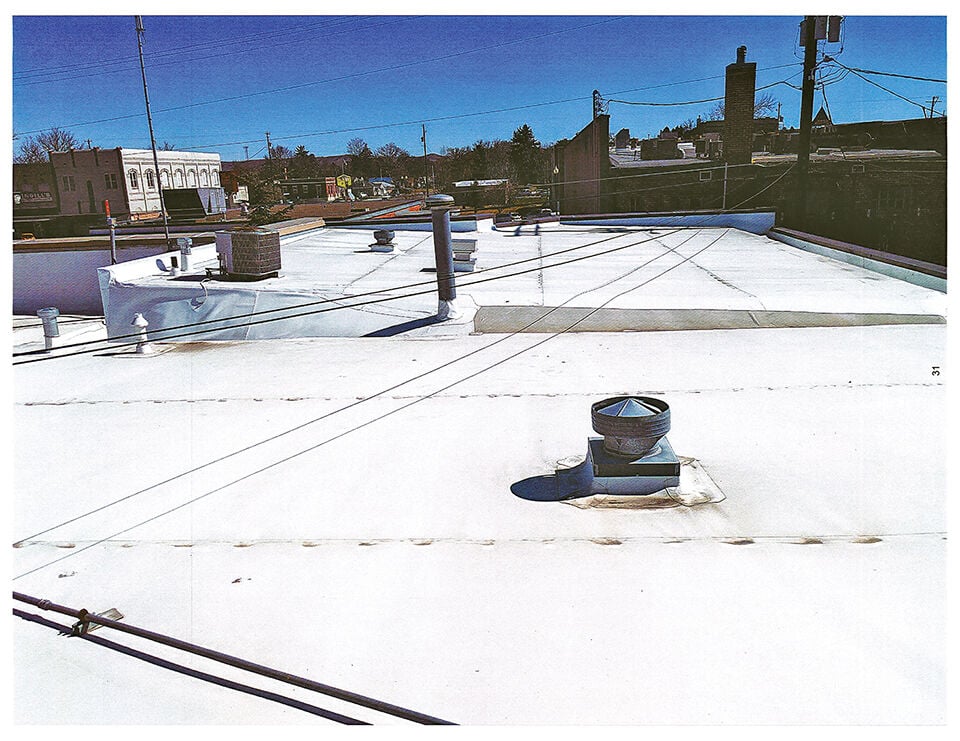 This undated image shows how the snow storms of 2017 have accelerated wear and tear on the Payette City Hall and Police Department building. The Payette City Council voted Monday to allocate a total of $19,872 to repair the roof. 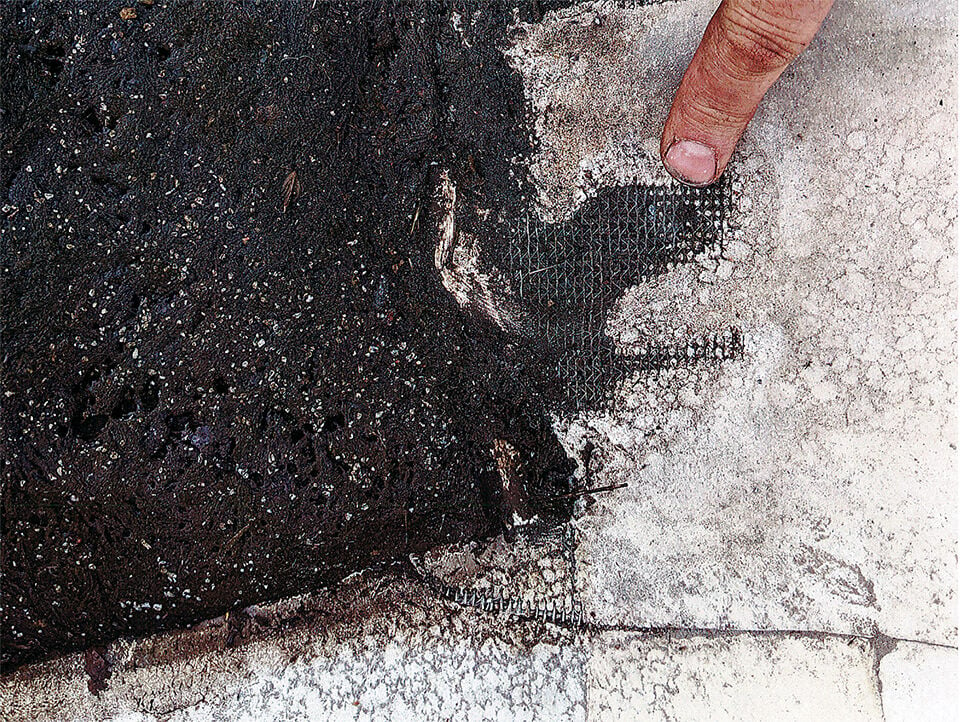 A close-up shot shows that weather damage has exposed reinforcement scrim beneath the roof’s surface.

This undated image shows how the snow storms of 2017 have accelerated wear and tear on the Payette City Hall and Police Department building. The Payette City Council voted Monday to allocate a total of $19,872 to repair the roof.

A close-up shot shows that weather damage has exposed reinforcement scrim beneath the roof’s surface.

PAYETTE — Four years ago, a heavy snow storm combined with ice rain came to be known locally as “snowpocalypse,” thanks to all the damage it caused throughout the Western Treasure Valley. Even in 2021, the storm’s effects are still being felt.

At its regular meeting on Monday, the Payette City Council discussed how it will fund the replacement of the roof on the Payette City Hall and Police Department building. The present condition of the roof, as water damage from rain storms in the last four years has indicated, is not good.

Photos published in the agenda packet for this meeting indicate that snow and ice have caused accelerated wear on the roof of the building and reinforcement scrim is exposed. The worst damage is over the police department.

“I’ve never been on top of this roof, but that I’m told is the worst part … Surprise, surprise, that’s going to heck,” said Williams. “We’re gonna have a few thunderstorms before the Fourth of July, I’m sure.”

In soliciting bids for the repairs, Deputy Clerk Bobbie Black received a bid from Ontario-based Four Seasons Roofing, with a total price tag of $19,872. According to its estimate, Four Seasons would provide a power wash, repair the leak with a new thermoplastic polyolefin membrane, apply silicon with microfiber around all pipes and penetrations, add reinforcement fabric where scrim is exposed beneath the existing roof surface, and apply silicon to the surface at a rate of 2.25 gallons per 100 square feet for what they call a “fifteen year system.”

The work would come with a five-year warranty against leakage.

The issue at hand was paying for the repairs; While repairs on the city hall side of the building were already funded, the repairs to the police side weren’t.

“We have money in our capital improvement fund to easily take care of [the amount] we need to do the city hall side but we’ll be a little short on the [police] side,” said Williams.

According to Black, the capital improvement fund has an estimated $37,500. The city hall building is approximately 6000 square feet.

Williams brought up a concern raised by Black, that the city may have potential issues with the state insurance program known as Idaho Counties Risk Management Program.

“One of these days, [the program is] gonna say, ‘We’re tired of putting band-aids on this thing,” Williams quoted Black as saying.

Noteworthy is that the roof above the police wing was patched in 2020. Repairs to their roof, which is separate from the city hall roof, is to be completed at a later date.

The current city hall building served as a repair shop for the Manser Ford dealership prior to being bought by the city of Payette, according to city officials. Officials could not say when the building was built.